From Pentium Pro to Pentium III

P6 processors dynamically translate IA-32 instructions into sequences of buffered RISC-like micro-operations, and then analyze and reorder the micro-operations in order to detect parallelizable operations that may be issued to more than one execution unit at once. The Pentium Pro was not the first x86 chip to use this technique — the NexGen Nx586, introduced in 1994, also used it — but it was the first Intel x86 chip to do so.

Some techniques first used in the x86 space in the P6 core include:

The P6 architecture lasted three generations from the Pentium Pro to Pentium III, and was widely known for low power consumption, excellent integer performance, and relatively high instructions per cycle (IPC). The P6 line of processing cores was succeeded with the NetBurst (P68) architecture which appeared with the introduction of Pentium 4. This was a completely different design based on the use of very long pipelines that favoured high clock speed at the cost of lower IPC, and higher power consumption.

Upon release of the Pentium 4-M and Mobile Pentium 4, it was quickly realized that the new mobile NetBurst processors were not ideal for mobile computing. The Netburst-based processors were simply not as efficient per clock or per watt compared to their P6 predecessors. Mobile Pentium 4 processors ran much hotter than Pentium III-M processors and didn't offer significant performance advantages. Its inefficiency affected not only the cooling system complexity, but also the all-important battery life.

Realizing their new microarchitecture wasn't the best choice for the mobile space, Intel went back to the drawing board for a design that would be optimally suited for this market segment. The result was a modernized P6 design called the Pentium M:

The Pentium M was the most power efficient x86 processor for notebooks for several years, consuming a maximum of 27 watts at maximum load and 4-5 watts while idle. The processing efficiency gains brought about by its modernization allowed it to rival the Mobile Pentium 4 clocked over 1 GHz higher (the fastest-clocked Mobile Pentium 4 compared to the fastest-clocked Pentium M) and equipped with much more memory and bus bandwidth. [2] The first Pentium M family processors ("Banias") internally support PAE but do not show the PAE support flag in their CPUID information; this causes some operating systems (primarily Linux distributions) to refuse to boot on such processors since PAE support is required in their kernels. [3]

The Yonah CPU was launched in January 2006 under the Core brand. Single and dual-core mobile version were sold under the Core Solo, Core Duo, and Pentium Dual-Core brands, and a server version was released as Xeon LV. These processors provided partial solutions to some of the Pentium M's shortcomings by adding:

While all these chips are technically derivatives of the Pentium Pro, the architecture has gone through several radical changes since its inception. [4] 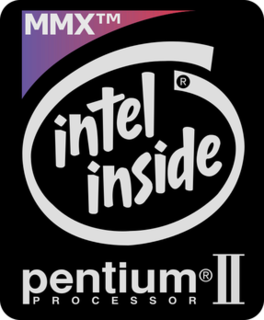 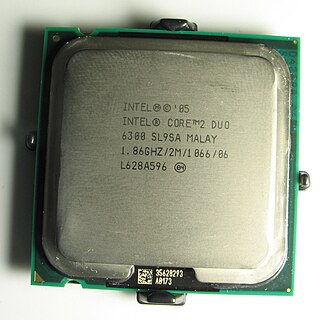