Spelling is a set of conventions that regulate the way of using graphemes (writing system) to represent a language in its written form. [1] In other words, spelling is the rendering of speech sound (phoneme) into writing (grapheme). Spelling is one of the elements of orthography, and highly standardized spelling is a prescriptive element.

Spellings originated as transcriptions of the sounds of spoken language according to the alphabetic principle. They remain largely reflective of the sounds, although fully phonemic spelling is an ideal that most languages' orthographies only approximate, some more closely than others. This is true for various reasons, including that pronunciation changes over time in all languages, yet spellings as visual norms may resist change. In addition, words from other languages may be adopted without being adapted to the spelling system, and different meanings of a word or homophones may be deliberately spelled in different ways to differentiate them visually.

Standardization of spelling is connected with the development of writing and the establishment of modern standard dialects. [2] [3] Languages with established orthography are those languages that enjoy an official status and a degree of institutional support in a country. Therefore, normative spelling is a relatively recent development linked to the compiling of dictionaries, the founding of national academies and other institutions of language maintenance, including widespread education and literacy, and often does not apply to minority and regional languages.

In countries or regions where there is an authoritative language academy, such as France, the Netherlands, and the German-speaking areas, reforms are regularly made so that spelling better matches the changing pronunciation.

English-language spelling reform proposals have been regularly made since the 16th century, but have made little impact apart from a few spellings preferred by Noah Webster having contributed to American and British English spelling differences.

Learning proper spelling by rote is a traditional element of elementary education and divergence from standard spelling is often perceived as an indicator of low intelligence, illiteracy, or lower class standing. [4]

Spelling tests are commonly used to assess a student's mastery over the words in the spelling lessons the student has received so far. They can also be an effective practice method. Spelling bees are competitions to determine the best speller of a group. Prominent spelling bees are even televised, such as the National Spelling Bee in the United States.

Divergent spelling is a popular advertising technique, used to attract attention or to render a trademark "suggestive" rather than "merely descriptive." The pastry chains Dunkin' Donuts and Krispy Kreme, for example, employ non-standard spellings.

While some words admit multiple spellings, some spellings are not considered standard. These are commonly called "misspellings". A misspelled word can be a series of letters that represents no correctly spelled word of the same language at all (such as "leik" for "like") or a correct spelling of another word (such as writing "here" when one means "hear", or "no" when one means "know"). Misspellings of the latter type is called "atomic typo" and it can easily make their way into printed material because they are not caught by simple computerized spell checkers.

Misspellings may be due to typing errors (e.g. the transposition error teh for the), lack of knowledge of the normative spelling, or lack of concern over spelling rules at all. Whether or not a word is misspelled may depend on context and the orthographic conventions adopted, as is the case with American / British English distinctions. Misspelling can also be a matter of opinion when variant spellings are accepted by some and not by others. For example, "miniscule" (for "minuscule") is a misspelling to many, [5] and yet it is listed as an acceptable variant in some dictionaries. [6] [7]

A well-known Internet scam involves the registration of domain names that are deliberate misspellings of well-known corporate names to mislead or defraud. The practice is commonly known as "typosquatting." [8]

English orthography has a broad degree of standardization. However, there are several ways to spell almost every sound and most letters have several variants of pronunciation depending on their position in the word and context. Therefore, some spelling mistakes are common even among native speakers. [15] This is mainly due to large number of words that were borrowed from other languages with no successful attempts of complete spelling reform. [16] Most spelling rules usually do not reflect phonetic changes that have taken place since the end of 15 century (for example, Great Vowel Shift). [17]

Orthography of the Icelandic language is based on etymological principle, thus the Icelanders themselves experience difficulties in writing. [19] [20] Modern Icelandic alphabet is based on the standard introduced by the Danish philologist Rasmus Rask.

The fundamental principles of the Spanish orthography are phonological and etymological, that is why there are several letters with identical phoneme. [21] Beginning from XVII century, various options for orthographic reforms were suggested that would create a one-to-one correspondence between grapheme and phoneme, but all of them were rejected. Most modern proposals to reform spelling are limited to removal of homophone letters that are preserved for etymological reasons. [22]

English orthography is the system of writing conventions used to represent spoken English in written form that allows readers to connect spelling to sound to meaning.

In linguistics, a grapheme is the smallest functional unit of a writing system.

An orthography is a set of conventions for writing a language, including norms of spelling, hyphenation, capitalization, word breaks, emphasis, and punctuation. 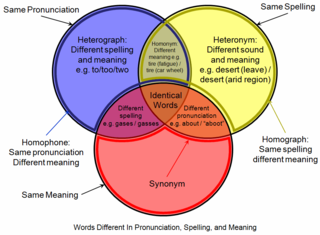 A homophone is a word that is pronounced the same as another word but differs in meaning. A homophone may also differ in spelling. The two words may be spelled the same, as in rose (flower) and rose, or differently, as in rain, reign, and rein. The term "homophone" may also apply to units longer or shorter than words, for example a phrase, letter, or groups of letters which are pronounced the same as another phrase, letter, or group of letters. Any unit with this property is said to be "homophonous".

A spelling reform is a deliberate, often authoritatively sanctioned or mandated change to spelling rules. Proposals for such reform are fairly common, and over the years, many languages have undergone such reforms. Recent high-profile examples are the German orthography reform of 1996 and the on-off Portuguese spelling reform of 1990, which is still being ratified.

Atong is a Sino-Tibetan language related to Koch, Rabha, Bodo and Garo. It is spoken in the South Garo Hills and West Khasi Hills districts of Meghalaya state in Northeast India, southern Kamrup district in Assam, and adjacent areas in Bangladesh. The correct spelling "Atong" is based on the way the speakers themselves pronounce the name of their language. There is no glottal stop in the name and it is not a tonal language.

For centuries, there has been a movement to reform the spelling of the English language. It seeks to change English orthography so that it is more consistent, matches pronunciation better, and follows the alphabetic principle. Common motives for spelling reform include quicker learning, cheaper learning, and making English more useful as an international auxiliary language.

In an alphabetic writing system, a silent letter is a letter that, in a particular word, does not correspond to any sound in the word's pronunciation. In linguistics, a silent letter is often symbolised with a null sign U+2205∅EMPTY SET. Null is an unpronounced or unwritten segment. The symbol resembles the Scandinavian letter Ø and other symbols.

Spanish orthography is the orthography used in the Spanish language. The alphabet uses the Latin script. The spelling is fairly phonemic, especially in comparison to more opaque orthographies like English, having a relatively consistent mapping of graphemes to phonemes; in other words, the pronunciation of a given Spanish-language word can largely be predicted from its spelling and to a slightly lesser extent vice versa. Notable features of Spanish punctuation include the lack of the serial comma and the inverted question and exclamation marks: ⟨¿⟩ ⟨¡⟩. 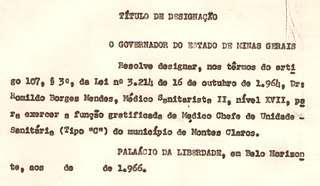 Czech orthography is a system of rules for correct writing (orthography) in Czech.

Commonly misspelled English words are words that are often unintentionally misspelled in general writing. A selected list of common words is presented below, under Documented list of common misspellings. Although the word common is subjective depending on the situation, the focus is on general writing, rather than in a specific field. Accepted spellings also vary by country or region, with some rejecting the American or British variants as incorrect for the region.

Swedish orthography is the set of rules and conventions used for writing Swedish. The primary authority on Swedish orthography is Svenska Akademiens ordlista (SAOL), a glossary published annually by the Swedish Academy. The balance between describing the language and creating norms has changed with the years.