A supercar – also called exotic car – is a loosely defined description of street-legal, high-performance luxury sports car. Since the 2000s or 2010s, the term hypercar has come into use for the highest performing supercars. Supercars commonly serve as the flagship model within a vehicle manufacturer's lineup of sports cars.

In the United States, muscle cars were often referred to as "supercars" during the 1960s.

It is also claimed that the definition of a supercar has always been subjective and a matter of blind prejudice. [7]

During the 1960s, cars that are now considered to be muscle cars were then referred to as supercars. [9] [10] (p8) The term was sometimes spelled with a capital S. [11] In 1966 the sixties supercar became an official industry trend. [9] (p8) For example, the May 1965 issue of the American magazine Car Life includes multiple references to supercars and "the supercar club" [12] and a 1968 issue of Car & Driver magazine refers to "the Supercar street racer gang" market segment. [13] In the model name of the AMC S/C Rambler, the "S/C" is an abbreviation for "SuperCar". [14]

Since the decline of the muscle car in the 1970s, the word supercar came to mean a car in the mold of a Lamborghini or Ferrari. [9] (p5) Other interpretations of the term are for limited-production models produced by small manufacturers for enthusiasts, and, less so, standard-looking cars modified for increased performance. [15]

A more recent term for high-performance sportscars is "hypercar", which is sometimes used to describe the highest performing supercars. [16] As per supercars, there is no set definition for what constitutes a hypercar. An attempt to define these is "a limited-production, top-of-the-line supercar with a price of around or more than US$1 million." [17]

With a recent shift towards electrification, many recent hypercars use a hybrid drivetrain, a trend started in 2013 by the McLaren P1, Porsche 918 Spyder, and LaFerrari, then continued in 2016 with the Koenigsegg Regera, in 2017 with the Mercedes-AMG One, and in 2019 with the Ferrari SF90 Stradale. [20] [21] [22]

Hypercars will also be able to be used as a base for Le Mans Prototype cars when rule changes come into effect from 2021. 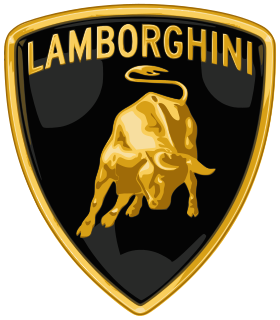 Automobili Lamborghini S.p.A. is an Italian brand and manufacturer of luxury sports cars and SUVs based in Sant'Agata Bolognese. The company is owned by the Volkswagen Group through its subsidiary Audi. 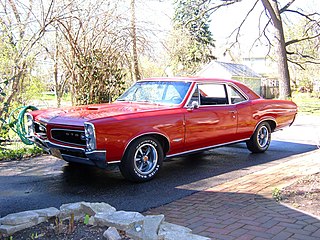 Muscle car is a description used for a high-performance American car, by some definitions an intermediate sized car fitted with a large displacement V8 engine. Historically they were all rear-wheel drive, but that changed with technological advances. 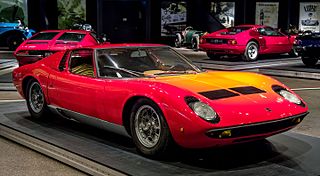 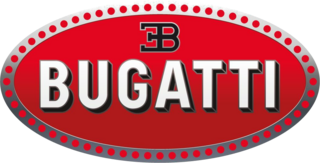 Bugatti Automobiles S.A.S. is a French high-performance luxury automobiles manufacturer and a luxury brand for hyper sports cars. The company was founded in 1998 as a subsidiary of the Volkswagen Group and is based in Molsheim, Alsace. In 1909, namesake Ettore Bugatti founded his automotive brand here and, with interruptions due to World War II, built sports, racing, and luxury cars until 1963. Since January 1, 2018, the company has been led by Stephan Winkelmann as President. In late 2021 the company will be acquired by the newly formed Bugatti Rimac company. 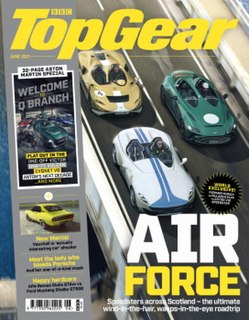 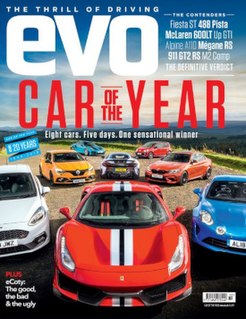 The Dubai International Motor Show is a biennial auto show held in the Emirate of Dubai, in the United Arab Emirates. Due to the high interest of expensive cars in Dubai, it attracts many major car manufactures, tuning companies and other related companies, including major super car manufacturers.

Shift time refers to the time interval between gear changes in a transmission. This interval is the time in which power delivery is interrupted and engine speed is reduced or increased to synchronize speed for the next selected gear. Shift time is usually in reference to motor vehicles but can apply to any gearbox. Reducing shift time is important in performance vehicles or race cars because the shifting process generally interrupts power delivery to the wheels. Shift time in a manual gearbox is dependent on the driver, but in automatic or automated manual cars the electronic or hydraulic control system must be calibrated and tuned to deliver a fast gear change.

Mansory is a luxury car modification firm based in Brand, Germany. Besides luxury cars, they also work on supercars, luxury SUVs and custom bikes. The company was founded in 1989 by Iranian-British tuner Kourosh Mansory. His Munich-based workshop focused on modifications for British brands such as Rolls Royce and Italian brands such as Ferrari. By mid-2001, the company had grown out of its Munich workshop and moved to headquarters in Fichtelgebirge. The company currently operates out of a workshop in Brand, Germany.

Qatar Motor Show is an annual international motor show held in Doha, Qatar. It is held each January at the Doha Exhibitions Centre. The debut motor show was in 2011 which had 90,000 attendees. The 2012 show grew to 120,000 visitors from around the Persian Gulf region. It features new models as well as supercars, concept cars, custom cars from style centers and automotive designers. Outdoor demonstrations of motocross and drifting are featured as well as test driving. 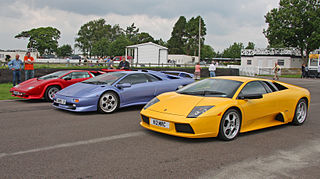 Automobili Lamborghini S.p.A. is an Italian brand and manufacturer of luxury automobiles. Lamborghini's production facility and headquarters are located in Sant'Agata Bolognese, Italy. Italian manufacturing magnate Ferruccio Lamborghini founded the company in 1963 with the objective of producing a refined grand touring car to compete with offerings from established marques such as Ferrari. The company's first models were introduced in the mid-1960s and were noted for their refinement, power and comfort. Lamborghini gained wide acclaim in 1966 for the Miura sports coupé, which established rear mid-engine, rear wheel drive as the standard layout for high-performance cars of the era. 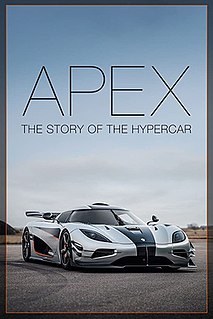 APEX: The Story of the Hypercar is a 2016 American documentary film that describes the automobile category of hypercars, and the showing of a mission to defeat the world record in the Nürburgring and Spa-Francorchamps in the Koenigsegg One:1, started by Christian von Koenigsegg. The documentary was released worldwide on November 18, 2016.