Tanner '88 is a political mockumentary miniseries written by Garry Trudeau and directed by Robert Altman. First broadcast by HBO during the months leading up to the 1988 U.S. presidential election, it purports to tell the behind-the-scenes story of the campaign of former Michigan U.S. representative Jack Tanner during his bid to secure the Democratic Party's nomination for President of the United States.

The story is told from a number of different points of view, including Tanner, his campaign staff, the small army of news reporters that constantly follow the candidate, and volunteers. Many political figures of the time appear (some in cameos, some extended), including Bruce Babbitt, Bob Dole, Kitty Dukakis, Gary Hart, Jesse Jackson, and Pat Robertson. Trudeau and Altman revisited the story 16 years later in Tanner on Tanner .

Representative Jack Tanner of Michigan (Michael Murphy) is an obscure liberal Democratic politician who struggles to find a voice in the early 1988 Democratic primaries. His campaign manager, T.J. Cavanaugh (Pamela Reed), uses an unscripted, impassioned hotel-room speech caught on camera as part of an advertising campaign focusing on Tanner's authenticity and integrity. Using the slogan "For Real", Tanner emerges from a wide field of contenders to battle for the nomination against two high-profile and better-funded candidates: Jesse Jackson and eventual nominee Massachusetts Governor Michael Dukakis.

With Tanner are his college-aged daughter Alexandra (Cynthia Nixon), whose illness was why he earlier left politics and who has left college for the duration of the campaign, and his girlfriend Joanna Buckley (Wendy Crewson), Dukakis' deputy campaign manager. Others who appear on camera are Emile Berkoff (Jim Fyfe), a compulsive statistician with a crush on Alexandra; Deke Conners (Matt Malloy), an East Village filmmaker hired to produce Tanner campaign ads; and Andrea Spinelli (Ilana Levine), T.J.'s innocent and ditzy but well-meaning assistant. The candidate's father, General John Tanner (E.G. Marshall), who has a contentious relationship with his son, also occasionally appears.

Although Tanner does not win the nomination, he does run a serious and credible race. The series ends on a cliffhanger after Dukakis officially becomes the Democratic candidate and Tanner considers a third party run.

Several members of Tanner's prospective cabinet are mentioned, with several making statements to the press accepting the appointment should he become president. Those mentioned include: [1]

The miniseries was produced and first broadcast on Home Box Office, scheduled irregularly over the real-life seven-month campaigning period from February through August 1988.

In 2004, the Sundance Channel rebroadcast the series, adding new one- to two-minute preludes created by Trudeau and Altman to each episode "in which the actors reflect, in character, on the '88 campaign from the perspective of the present day" [3] That October, Sundance produced a four episode sequel, Tanner on Tanner.

The hybrid of fiction and reality that came to be the miniseries' trademark was initially accidental. [4] Trudeau described the concept behind the miniseries as wanting to "let the audience feel they're eavesdropping, to create a sense of authenticity by observing the process, to follow campaign culture in all its tribal rites—not to make a topical movie about 1988." [4] Tanner evolved during production, becoming, as Altman put it, "two-thirds scripted and one-third found art." [4] Trudeau and Altman intended to make more episodes, but HBO did not extend the run of the series. [5]

Reviews for the miniseries seem to improve over time. In one of the earliest reviews of the pilot episode, The New York Times called the show an "interesting misfire" that "insists too much on its own sophistication about politics". [6] The same paper held the second episode in higher esteem, calling it "humorous cinéma vérité" that's "slick and occasionally witty." [7] In its "Best of 1988" look at television, Time magazine called it: "the year's definitive satire of media politics." [8]

In a 2003 review of K Street , the New York Daily News said "Tanner skewer[ed] brilliantly the insanity and inanity of presidential politics." [9] By 2004, Slate was saying: [3]

More than a decade before the ascendancy of reality television, the series slyly blended fiction and documentary, with real-life political and media figures—Bob Dole, Bruce Babbitt, and Linda Ellerbee among them—crossing paths with, and commenting upon, Tanner's grass-roots campaign. But Tanner's formal complexity—a loose, layered blend of group improvisation, scripted set pieces, and the intervention of pure chance—manages to point up not only the laziness of reality shows like Survivor and The Bachelor but their moral and political vacuity.

While the two shows are stylistically very different, Aaron Sorkin has acknowledged that Tanner had an influence on The West Wing , which he created over a decade later, in its underlying idealism and in its view of political staffers as people who at least struggle to do the right thing.

In 2019, Murphy appeared as Jack Tanner in the documentary, Rolling Thunder Revue: A Bob Dylan Story by Martin Scorsese . [11]

Altman won a Primetime Emmy Award for Outstanding Directing in a Drama Series for the episode "The Boiler Room." Reed won an ACE Award for Best Actress in a Dramatic Series. 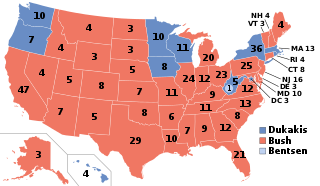 Michael Stanley Dukakis is an American retired politician and lawyer who served as governor of Massachusetts from 1975 to 1979 and again from 1983 to 1991. He is the longest-serving governor in Massachusetts history and only the second Greek-American governor in U.S. history, after Spiro Agnew. He was nominated by the Democratic Party for president in the 1988 election, losing to the Republican nominee, Vice President George H. W. Bush.

Cynthia Ellen Nixon is an American actress and activist. For her portrayal of Miranda Hobbes in the HBO series Sex and the City (1998–2004), she won the 2004 Primetime Emmy Award for Outstanding Supporting Actress in a Comedy Series. She reprised the role in the films Sex and the City (2008) and Sex and the City 2 (2010). Her other film credits include Amadeus (1984), James White (2015), and playing Emily Dickinson in A Quiet Passion (2016). 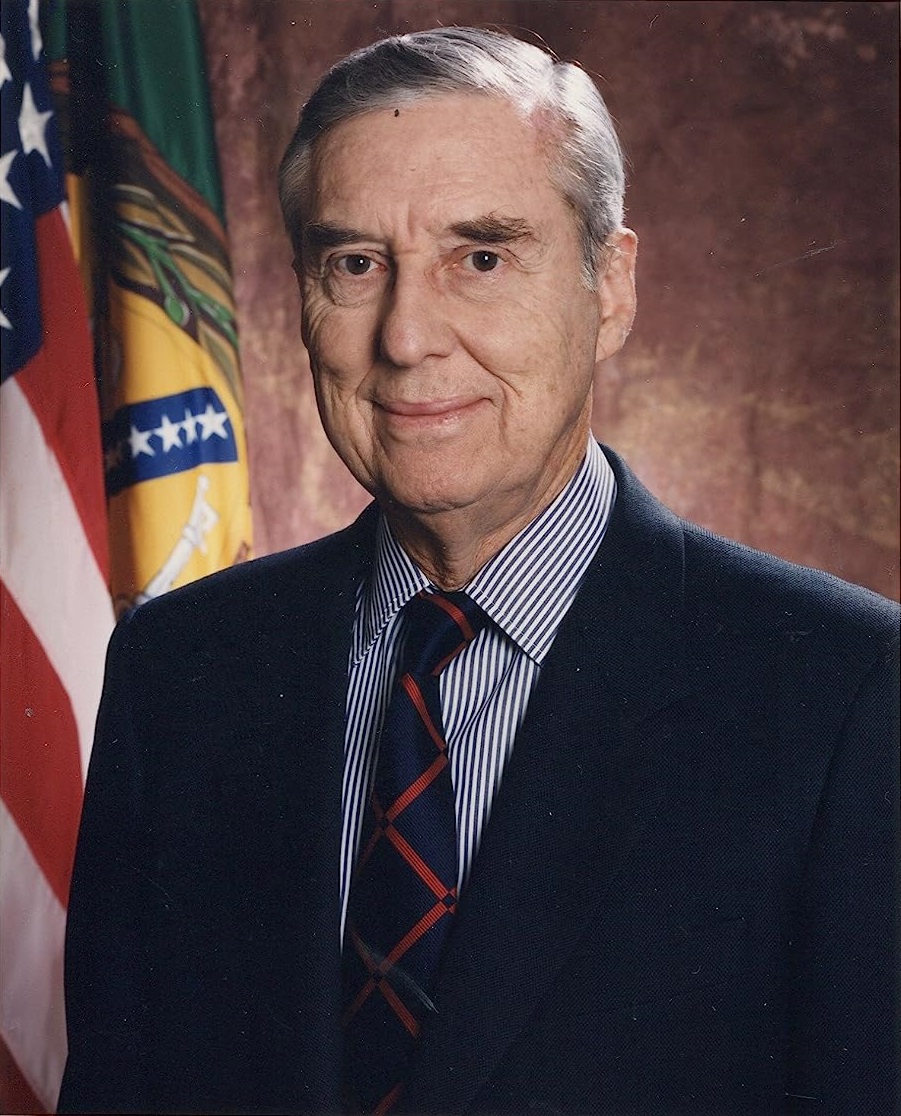 Lloyd Millard Bentsen Jr. was an American politician who was a four-term United States Senator (1971–1993) from Texas and the Democratic Party nominee for vice president in 1988 on the Michael Dukakis ticket. He also served as the 69th United States Secretary of the Treasury under President Bill Clinton.

William R. Horton is an American convicted felon who, while serving a life sentence for murder, was the beneficiary of a Massachusetts weekend furlough program. He did not return from his furlough, and ultimately committed assault, armed robbery, and rape before being captured and sentenced in Maryland where he remains incarcerated.

The 1988 National Convention of the U.S. Democratic Party was held at The Omni in Atlanta, Georgia, from July 18 to 21, 1988, to select candidates for the 1988 presidential election. At the convention Governor Michael Dukakis of Massachusetts was nominated for president and Senator Lloyd Bentsen of Texas for vice president. The chair of the convention was Speaker of the U.S. House of Representatives Jim Wright.

Robert M. "Bob" Shrum is the Director of the Center for the Political Future and the Carmen H. and Louis Warschaw Chair in Practical Politics at the University of Southern California, where he is a Professor of the Practice of Political Science in the Dornsife College of Letters, Arts and Sciences. He is a former American political consultant, who has worked on numerous Democratic campaigns, including as senior advisor to the Kerry-Edwards campaign in 2004 and to the Gore-Lieberman campaign in 2000. Shrum wrote the famous speech Ted Kennedy gave at the 1980 Democratic National Convention conceding to and supporting President Jimmy Carter. He has been described as "the most sought-after consultant in the Democratic Party." Shrum served as speechwriter to New York Mayor John V. Lindsay from 1970 to 1971, speechwriter to Senator George McGovern's 1972 Presidential campaign and speechwriter and press secretary to Senator Edward M. Kennedy from 1980 to 1984 and political consultant until 2009.

Michael George Murphy is an American film, television and stage actor. He often plays unethical or morally ambiguous characters in positions of authority, including politicians, executives, and lawyers. He is also known for his frequent collaborations with director Robert Altman, having appeared in twelve films, TV series and miniseries directed by Altman from 1963 to 2004, including the title role in the miniseries Tanner '88. He is also known for his roles in films like Manhattan, An Unmarried Woman, Nashville, The Year of Living Dangerously, Phase IV, The Front, Shocker, Magnolia and Batman Returns. 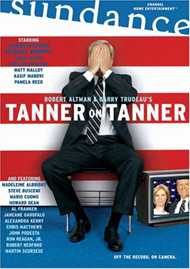 "Sideshow Bob Roberts" is the fifth episode of the sixth season of the American animated television series The Simpsons. It originally aired on the Fox network in the United States on October 9, 1994. Kelsey Grammer returns in his fourth major appearance as Sideshow Bob, who, in this episode, wins the Springfield mayoral election through electoral fraud as his next plan to kill Bart. The episode received a favorable reception in the media, including a positive mention in I Can't Believe It's a Bigger and Better Updated Unofficial Simpsons Guide and Green Bay Press-Gazette. A review in Press & Sun-Bulletin placed the episode as the seventh best of the series.

The 1986 Massachusetts gubernatorial election was held on November 4, 1986. Michael Dukakis was elected Governor of Massachusetts for a third term. He defeated Republican George Kariotis by a 65–30% margin.

The 1988 Democratic presidential primaries were the selection process by which voters of the Democratic Party chose its nominee for President of the United States in the 1988 U.S. presidential election. 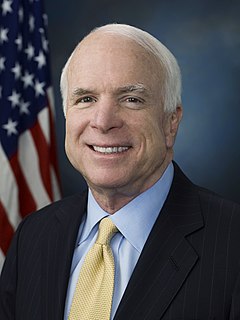 There have been numerous depictions of prime ministers of Canada in popular culture. 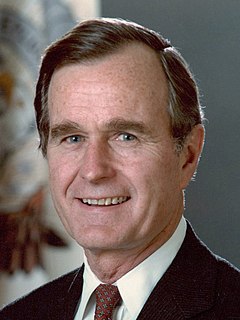 The 1988 presidential campaign of Michael Dukakis began when he announced his candidacy for the nomination on March 16, 1987, in a speech in Boston. After winning the nomination, he was formally crowned the Democratic Party's nominee at the party's convention in Atlanta, Georgia on July 21, 1988. He lost the 1988 election to his Republican opponent George H. W. Bush, who was the sitting Vice President at the time. Dukakis won 10 states and the District of Columbia, receiving a total of 111 electoral votes compared to Bush's 426. Dukakis received 46% of the popular vote to Bush's 53%. Many commentators blamed Dukakis' loss on the embarrassing photograph of him in a tank taken on September 13, 1988, which subsequently formed the basis of a successful Republican attack ad. Much of the blame was also laid on Dukakis' campaign, which was criticized for being poorly managed despite being well funded. He would have been the first Greek American President.