Thymulin (also known as thymic factor or its old name facteur thymique serique) is a nonapeptide produced by two distinct epithelial populations in the thymus first described by Bach in 1977. [1] It requires zinc for biological activity. Its peptide sequence is H-Pyr-Ala-Lys-Ser-Gln-Gly-Gly-Ser-Asn-OH.

The hormone is believed to be involved in T-cell differentiation and enhancement of T and NK cell actions. [1] Besides this rather paracrine or auto-organic effects on the thymus dependent immune system, thymulin seems to have neuroendocrine effects as well. There exist bidirectional interactions between thymic epithelium and the hypothalamus-pituitary axis (for example, thymulin follows a circadian rhythm and physiologically elevated ACTH levels correlate positively with thymulin plasma levels and vice versa [2] ).

A recent focus has been on the role of thymulin as an effector on proinflammatory mediators/cytokines. A peptide analog of thymulin (PAT) has been found to have analgesic effects in higher concentrations and particularly neuroprotective anti-inflammatory effects in the CNS. [3] Astrocytes seem to be the target for thymulin for this effect. Researchers hope to develop drugs thwarting inflammatory processes associated with neurodegenerative diseases and even rheumatism with the help of thymulin analogs.

Moreover, thymulin has been associated with anorexia nervosa. [4]

Endorphins are endogenous opioid neuropeptides and peptide hormones in humans and other animals. They are produced and stored in the pituitary gland. The classification of molecules as endorphins is based on their pharmacological activity, as opposed to a specific chemical formulation. 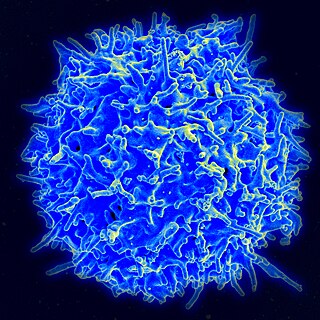 A T cell is a type of lymphocyte, which develops in the thymus gland and plays a central role in the immune response. T cells can be distinguished from other lymphocytes by the presence of a T-cell receptor on the cell surface. These immune cells originate as precursor cells, derived from bone marrow, and develop into several distinct types of T cells once they have migrated to the thymus gland. T cell differentiation continues even after they have left the thymus. 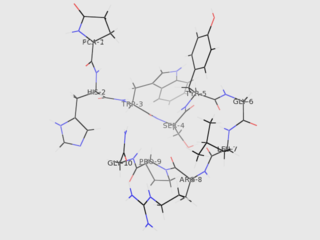 Anti-inflammatory is the property of a substance or treatment that reduces inflammation or swelling. Anti-inflammatory drugs make up about half of analgesics, remedying pain by reducing inflammation as opposed to opioids, which affect the central nervous system to block pain signaling to the brain.

Ghrelin is a circulating hormone produced by enteroendocrine cells of the gastrointestinal tract, especially the stomach, and is often called a "hunger hormone" because it increases food intake. Blood levels of ghrelin are highest before meals when hungry, returning to lower levels after mealtimes. Ghrelin may help prepare for food intake by increasing gastric motility and gastric acid secretion. 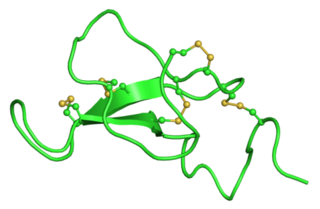 Agouti-related protein (AgRP), also called agouti-related peptide, is a neuropeptide produced in the brain by the AgRP/NPY neuron. It is synthesized only in neuropeptide Y (NPY)-containing cell bodies located in the ventromedial part of the arcuate nucleus in the hypothalamus. AgRP is co-expressed with NPY and acts to increase appetite and decrease metabolism and energy expenditure. It is one of the most potent and long-lasting of appetite stimulators. In humans, the agouti-related peptide is encoded by the AGRP gene.

Delta-sleep-inducing peptide, abbreviated DSIP, is a neuropeptide that when infused into the mesodiencephalic ventricle of recipient rabbits induces spindle and delta EEG activity and reduced motor activities.

Neurokinin A (NKA), formerly known as Substance K, is a neurologically active peptide translated from the pre-protachykinin gene. Neurokinin A has many excitatory effects on mammalian nervous systems and is also influential on the mammalian inflammatory and pain responses.

Vasoactive intestinal peptide receptor 2 also known as VPAC2, is a G-protein coupled receptor that in humans is encoded by the VIPR2 gene. 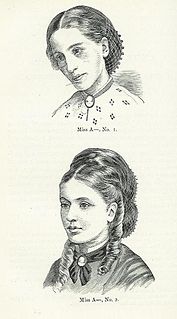 Anorexia nervosa, often referred to simply as anorexia, is an eating disorder, characterized by low weight, food restriction, fear of gaining weight, and a strong desire to be thin. Many people with anorexia see themselves as overweight even though they are, in fact, underweight. They often deny that they have a problem with low weight. They weigh themselves frequently, eat small amounts, and only eat certain foods. Some exercise excessively, force themselves to vomit, or use laxatives to produce weight loss. Complications may include osteoporosis, infertility, and heart damage, among others. Women will often stop having menstrual periods.

The melanocortin 1 receptor (MC1R), also known as melanocyte-stimulating hormone receptor (MSHR), melanin-activating peptide receptor, or melanotropin receptor, is a G protein–coupled receptor that binds to a class of pituitary peptide hormones known as the melanocortins, which include adrenocorticotropic hormone (ACTH) and the different forms of melanocyte-stimulating hormone (MSH).