Depending upon the personality of the writer and the effect the writer wants to create, the work can be formal or informal, sober or whimsical, assertive or pleading, straightforward or sly. [9] In determining the attitude, mood, or tone of an author, one could examine the specific diction used.

Tone and mood are not the same, although they are frequently confused. The mood of a piece of literature is the feeling or atmosphere created by the work, or, said slightly differently, how the work makes the reader feel. Mood is produced most effectively through the use of setting, theme, voice and tone, while tone is how the author feels about something.

All pieces of literature, even official documents and technical documents, have some sort of tone. Authors create tone through the use of various other literary elements, such as diction or word choice; syntax, the grammatical arrangement of words in a text for effect; imagery, or vivid appeals to the senses; details, facts that are included or omitted; and figurative language, the comparison of seemingly unrelated things for sub-textual purposes.[ how? ]

While now used to discuss literature, the term tone was originally applied solely to music. This appropriated word has come to represent attitudes and feelings a speaker (in poetry), a narrator (in fiction), or an author (in non-literary prose) has towards the subject, situation, and/or the intended audience. It is important to recognize that the speaker, or narrator is not to be confused with the author and that attitudes and feelings of the speaker or narrator should not be confused with those of the author.[ why? ] In general, the tone of a piece only refers to attitude of the author if writing is non-literary in nature.[ further explanation needed ] [11]

In many cases, the tone of a work may change and shift as the speaker or narrator's perspective on a particular subject alters throughout the piece.

Official and technical documentation tends to employ a formal tone throughout the piece.

Authors set a tone in literature by conveying emotions/feelings through words. The way a person feels about an idea/concept, event, or another person can be quickly determined through facial expressions, gestures and in the tone of voice used. In literature an author sets the tone through words. The possible tones are bounded only by the number of possible emotions a human being can have.

Diction and syntax often dictate what the author's (or character's) attitude toward his subject is at the time. An example: "Charlie surveyed the classroom but it was really his mother congratulating himself for snatching the higher test grade, the smug smirk on his face growing brighter and brighter as he confirmed the inferiority of his peers."

The tone here is one of arrogance; the quip "inferiority of his peers" shows Charlie's belief in his own prowess. The words "surveyed" and "congratulating himself" show Charlie as seeing himself better than the rest of his class. The diction, including the word "snatching", gives the reader a mental picture of someone quickly and effortlessly grabbing something, which proves once again Charlie's pride in himself. The "smug smirk" provides a facial imagery of Charlie's pride.

In addition, using imagery in a poem is helpful to develop a poem's tone.

In literature, alliteration is the conspicuous repetition of identical initial consonant sounds in successive or closely associated syllables within a group of words, even those spelled differently. As a method of linking words for effect, alliteration is also called head rhyme or initial rhyme. For example, "humble house," or "potential power play." A familiar example is "Peter Piper picked a peck of pickled peppers". "Alliteration" is from the Latin word littera, meaning "letter of the alphabet"; it was first coined in a Latin dialogue by the Italian humanist Giovanni Pontano in the 15th century. Alliteration is used poetically in various languages around the world, including Arabic, Irish, German, Mongolian, Hungarian, American Sign Language, Somali, Finnish, Icelandic.

A literary element, or narrative element, or element of literature is a constituent of all works of narrative fiction—a necessary feature of verbal storytelling that can be found in any written or spoken narrative. This distinguishes them from literary techniques, or non-universal features of literature that accompany the construction of a particular work rather than forming the essential characteristics of all narrative. For example, plot, theme, character and tone are literary elements, whereas figurative language, irony, or foreshadowing would be considered literary techniques.

On the Sublime is a Roman-era Greek work of literary criticism dated to the 1st century AD. Its author is unknown, but is conventionally referred to as Longinus or Pseudo-Longinus. It is regarded as a classic work on aesthetics and the effects of good writing. The treatise highlights examples of good and bad writing from the previous millennium, focusing particularly on what may lead to the sublime.

In contemporary literary studies, a theme is a central topic, subject, or message within a narrative. Themes can be divided into two categories: a work's thematic concept is what readers "think the work is about" and its thematic statement being "what the work says about the subject". Themes are often distinguished from premises.

Albert Mehrabian, born in 1939 to an Armenian family living in Iran, is Professor Emeritus of Psychology at the University of California, Los Angeles. Although he originally trained as an engineer, he is best known for his publications on the relative importance of verbal and nonverbal messages. He also constructed a number of psychological measures including the Arousal Seeking Tendency Scale.

The term composition, in written language, refers to the body of important features established by the author in their creation of literature. Composition relates to narrative works of literature, but also relates to essays, biographies, and other works established in the field of rhetoric. 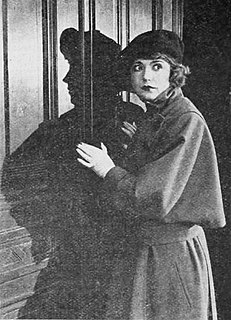 Suspense is a state of mental uncertainty, anxiety, of being undecided, or of being doubtful. In a dramatic work, suspense is the anticipation of the outcome of a plot or of the solution to an uncertainty, puzzle, or mystery, particularly as it affects a character for whom one has sympathy. However, suspense is not exclusive to fiction.

Rhetorical modes describe the variety, conventions, and purposes of the major kinds of language-based communication, particularly writing and speaking. Four of the most common rhetorical modes are narration, description, exposition, and argumentation. The first codification of these rhetorical modes was by Samuel P. Newman in A Practical System of Rhetoric in 1827.

In literature, writing style is the manner of expressing thought in language characteristic of an individual, period, school, or nation. As Bryan Ray notes, however, style is a broader concern, one that can describe "readers' relationships with, texts, the grammatical choices writers make, the importance of adhering to norms in certain contexts and deviating from them in others, the expression of social identity, and the emotional effects of particular devices on audiences." Thus, style is a term that may refer, at one and the same time, to singular aspects of an individual's writing habits or a particular document and to aspects that go well-beyond the individual writer. Beyond the essential elements of spelling, grammar, and punctuation, writing style is the choice of words, sentence structure, and paragraph structure, used to convey the meaning effectively. The former are referred to as rules, elements, essentials, mechanics, or handbook; the latter are referred to as style, or rhetoric. The rules are about what a writer does; style is about how the writer does it. While following the rules drawn from established English usage, a writer has great flexibility in how to express a concept. The point of good writing style is to

In literature and other artistic media, a mode is an unspecific critical term usually designating a broad but identifiable kind of literary method, mood, or manner that is not tied exclusively to a particular form or genre. Examples are the satiric mode, the ironic, the comic, the pastoral, and the didactic. 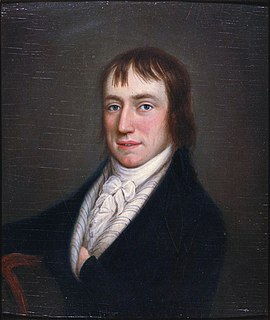 Description is the pattern of narrative development that aims to make vivid a place, object, character, or group. Description is one of four rhetorical modes, along with exposition, argumentation, and narration. In practice it would be difficult to write literature that drew on just one of the four basic modes.

I heard a Fly buzz—when I died is the informal name for an untitled poem by American author Emily Dickinson. In the poem, the narrator is on her deathbed as she describes the progression towards her death.

In literature, mood is the atmosphere of the narrative. Mood is created by means of setting, attitude, and descriptions. Though atmosphere and setting are connected, they may be considered separately to a degree. Atmosphere is the aura of mood that surrounds the story. It is to fiction what the sensory level is to poetry or mise-en-scene is to cinema. Mood is established in order to affect the reader emotionally and psychologically and to provide a feeling for the narrative.