The psychological novel has a rich past in the seventeenth- and eighteenth-century works of Mme de Lafayette, the Abbé Prévost, Samuel Richardson, Jean-Jacques Rousseau and many others, but it goes on being disinvented by ideologues and reinvented by their opponents, because the subtleties of psychology defy most ideologies. [3]

The Tale of Genji by Lady Murasaki, written in 11th-century Japan, was considered by Jorge Luis Borges to be a psychological novel. [4] In the west, the origins of the psychological novel can be traced as far back as Giovanni Boccaccio's 1344 Elegia di Madonna Fiammetta ; that is before the term psychology was coined.

The first rise of the psychological novel as a genre is said to have started with the sentimental novel of which Samuel Richardson's Pamela is a prime example.

In French literature, Stendhal's The Red and the Black and Madame de La Fayette's The Princess of Cleves are considered early precursors of the psychological novel. [5] The modern psychological novel originated, according to The Encyclopedia of the Novel, primarily in the works of Nobel laureate Knut Hamsun – in particular, Hunger (1890), Mysteries (1892), Pan (1894) and Victoria (1898). [6]

One of the greatest writers of the genre was Fyodor Dostoyevsky. His novels deal strongly with ideas, and characters who embody these ideas, how they play out in real world circumstances, and the value of them, most notably The Brothers Karamazov and Crime and Punishment .

In the literature of the United States, Henry James, Patrick McGrath, Arthur Miller, and Edith Wharton are considered "major contributor[s] to the practice of psychological realism." [7] 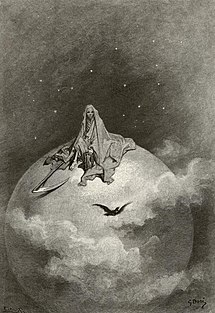 Horror is a genre of speculative fiction which is intended to frighten, scare, or disgust. Literary historian J. A. Cuddon defined the horror story as "a piece of fiction in prose of variable length... which shocks, or even frightens the reader, or perhaps induces a feeling of repulsion or loathing". Horror intends to create an eerie and frightening atmosphere for the reader. Horror is often divided into the psychological horror and supernatural horror sub-genres. Often the central menace of a work of horror fiction can be interpreted as a metaphor for the larger fears of a society. Prevalent elements include ghosts, demons, vampires, werewolves, ghouls, the Devil, witches, monsters, dystopian and apocalyptic worlds, serial killers, cannibalism, psychopaths, cults, dark magic, Satanism, the macabre, gore, and torture.

Knut Hamsun was a Norwegian writer who was awarded the Nobel Prize in Literature in 1920. Hamsun's work spans more than 70 years and shows variation with regard to consciousness, subject, perspective and environment. He published more than 20 novels, a collection of poetry, some short stories and plays, a travelogue, works of non-fiction and some essays.

In literary criticism, stream of consciousness is a narrative mode or method that attempts "to depict the multitudinous thoughts and feelings which pass through the mind" of a narrator. The term was coined by Alexander Bain in 1855 in the first edition of The Senses and the Intellect, when he wrote, "The concurrence of Sensations in one common stream of consciousness enables those of different senses to be associated as readily as the sensations of the same sense" (p. 359). But it is commonly credited to William James who used it in 1890 in his The Principles of Psychology. In 1918, the novelist May Sinclair (1863–1946) first applied the term stream of consciousness, in a literary context, when discussing Dorothy Richardson's (1873–1957) novels. Pointed Roofs (1915), the first work in Richardson's series of 13 semi-autobiographical novels titled Pilgrimage, is the first complete stream-of-consciousness novel published in English. However, in 1934, Richardson comments that "Proust, James Joyce, Virginia Woolf & D.R. ... were all using 'the new method', though very differently, simultaneously". There were, however, many earlier precursors and the technique is still used by contemporary writers. 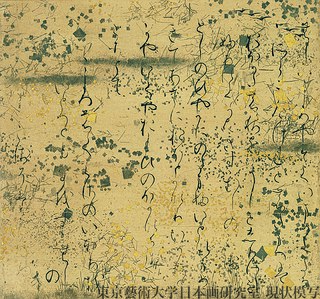 The Tale of Genji is a classic work of Japanese literature written in the early 11th century by the noblewoman and lady-in-waiting Murasaki Shikibu. The original manuscript, created around the peak of the Heian period, no longer exists. It was made in "concertina" or orihon style: several sheets of paper pasted together and folded alternately in one direction then the other. The work is a unique depiction of the lifestyles of high courtiers during the Heian period. It is written in archaic language and a poetic yet confusing style that make it unreadable to the average Japanese speaker without specialized study. It was not until the early 20th century that Genji was translated into modern Japanese by the poet Akiko Yosano. The first English translation was attempted in 1882 but was of poor quality and incomplete.

Early works of Japanese literature were heavily influenced by cultural contact with China and Chinese literature, and were often written in Classical Chinese. Indian literature also had an influence through the spread of Buddhism in Japan. In the Heian period, Japan's original kokufū culture developed and literature also established its own style. Following Japan's reopening of its ports to Western trading and diplomacy in the 19th century, Western literature has influenced the development of modern Japanese writers, while they have in turn been more recognized outside Japan, with two Nobel Prizes so far, as of 2020.

A techno-thriller or technothriller is a hybrid genre drawing from science fiction, thrillers, spy fiction, action, and war novels. They include a disproportionate amount of technical details on their subject matter ; only hard science fiction tends towards a comparable level of supporting detail on the technical side. The inner workings of technology and the mechanics of various disciplines are thoroughly explored, and the plot often turns on the particulars of that exploration. This genre began to exist and establish itself in the early 20th century with further developments and focus on the genre in the mid 20th century. 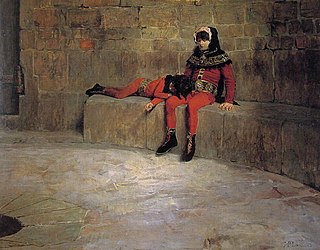 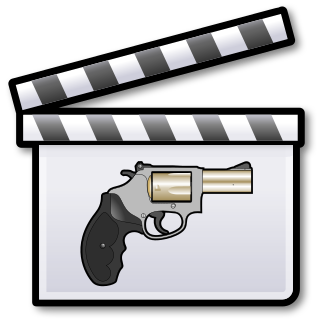 Crime films, in the broadest sense, is a film genre inspired by and analogous to the crime fiction literary genre. Films of this genre generally involve various aspects of crime and its detection. Stylistically, the genre may overlap and combine with many other genres, such as drama or gangster film, but also include comedy, and, in turn, is divided into many sub-genres, such as mystery, suspense or noir.

Southern Ontario Gothic is a subgenre of the Gothic novel genre and a feature of Canadian literature that comes from Southern Ontario. This region includes Toronto, Southern Ontario's major industrial cities, and the surrounding countryside. While the genre may also feature other areas of Ontario, Canada, and the world as narrative locales, this region provides the core settings. 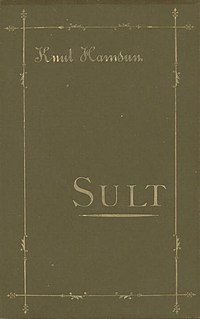 Hunger is a novel by the Norwegian author Knut Hamsun published in 1890. Extracts from the work had previously been published anonymously in the Danish magazine Ny Jord in 1888. The novel has been hailed as the literary opening of the 20th century and an outstanding example of modern, psychology-driven literature. Hunger portrays the irrationality of the human mind in an intriguing and sometimes humorous manner.

Slice of life describes the depiction of mundane experiences in art and entertainment. In theater, slice of life refers to naturalism, while in literary parlance it is a narrative technique in which a seemingly arbitrary sequence of events in a character's life is presented, often lacking plot development, conflict and exposition, as well as often having an open ending.