Toribio Alonso de Salazar, (died 5 September 1526) born in Biscay, was a Spanish navigator of Basque origin, who was the first Westerner to arrive on the Marshall Islands on August 21, 1526.

De Salazar was part of the Fray García Jofre de Loaísa's expedition from Spain to the Spice Islands in 1525, the second in history to cross the Pacific Ocean, after the Magalhães-Elcano circumnavigation of the globe. De Salazar took command of Santa Maria de la Victoria, the last of seven ships to survive the voyage, after the deaths of Loaísa and Juan Sebastián Elcano. He sighted the Bokak Atoll in the Marshall Islands en route to Guam, the Philippine Islands and finally the Moluccas. After one month of holding the command, he also died of scurvy shortly after having left Guam on 5 September 1526 and was succeeded by Martín Íñiguez de Carquizano.

Year 1526 (MDXXVI) was a common year starting on Monday of the Julian calendar. 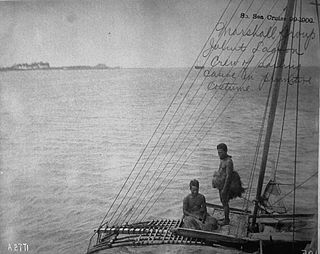 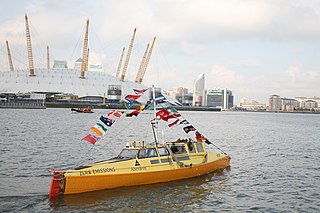 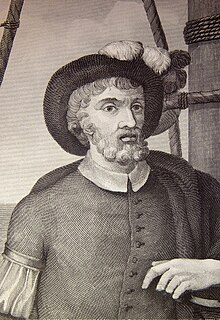 Juan Sebastián Elcano was a Castilian explorer of Basque origin who completed the first circumnavigation of the Earth. After Magellan's death in the Philippines, Elcano took command of the carrack Victoria from the Moluccas to Sanlúcar de Barrameda in Spain.

Bokak Atoll or Taongi Atoll is an uninhabited coral atoll in the Ratak Chain of the Marshall Islands, in the North Pacific Ocean. Due to its relative isolation from the main islands in the group, Bokak's flora and fauna has been able to exist in a pristine condition. 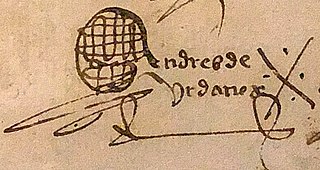 Friar Andrés de Urdaneta, OSA was a maritime explorer for the Spanish Empire, an Augustinian friar of Basque heritage. As a navigator, he achieved, in 1536, the second world circumnavigation. In 1565, Urdaneta discovered and plotted an easterly route across the Pacific Ocean, from the Philippines to Acapulco in the Viceroyalty of New Spain, which was used by the Manila galleons and came to be known as "Urdaneta's route". He was considered as "protector of the Indians" for his treatment of the Philippine natives; also the first prelate of Cebu and the Philippines in general.

Namu Atoll is a coral atoll of 54 islands in the Pacific Ocean, and forms a legislative district of the Ralik Chain of the Marshall Islands. Its total land area is only 6.27 square kilometres (2.42 sq mi), but that encloses a lagoon of 397 square kilometres (153 sq mi). It is located approximately 62 kilometres (39 mi) south-southwest of Kwajalein Atoll.

The Loaísa expedition was an early 16th-century voyage of discovery to the Pacific Ocean, commanded by García Jofre de Loaísa and ordered by King Charles I of Spain to colonize the Spice Islands in the East Indies. The seven-ship fleet sailed from La Coruña, Spain in July 1525 and became the second naval expedition to cross the Pacific Ocean in history, after the Magellan-Elcano circumnavigation. The expedition resulted in the discovery of the Sea of Hoces, south of Cape Horn and, the Marshall Islands in the Pacific. One ship ultimately arrived in the Spice Islands on New Year's Day of 1527.

The Captaincy General of the Philippines, was an administrative district of the Spanish Empire in Southeast Asia governed by a Governor-General. The Captaincy General encompassed the Spanish East Indies, which included among others the Philippine Islands and the Caroline Islands. It was founded in 1565 with the first permanent Spanish settlements.

Francisco de Hoces was a Spanish sailor who in 1525 joined the Loaísa Expedition to the Spice Islands as commander of the vessel San Lesmes. 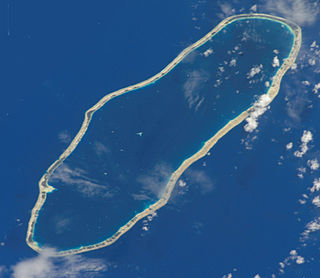 Amanu, Timanu, or Karere, is an atoll in the Tuamotu archipelago. Amanu lies at right angles to neighbouring Hao Atoll; this orientation is quite rare for the Tuamotu atolls. 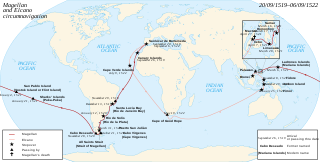 In 1519, Portuguese explorer Ferdinand Magellan led a Spanish expedition with a fleet known as the Armada de Molucca to reach the Moluccas or Spice Islands. After the death of Magellan in the Philippines in 1521 and following several other short-leaderships, the Spanish navigator Juan Sebastián Elcano led the expedition to the Spice Islands and ultimately the return trip to Spain, resulting in the first circumnavigation of the world in 1522. Thus the expedition is called the Magellan–Elcano circumnavigation. 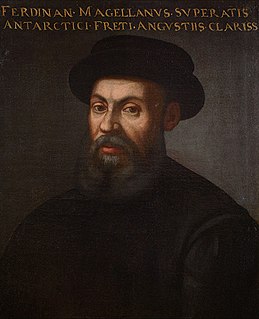 Ferdinand Magellan was a Portuguese explorer who organised the Spanish expedition to the East Indies from 1519 to 1522, resulting in the first circumnavigation of the Earth, which was completed by Juan Sebastián Elcano. 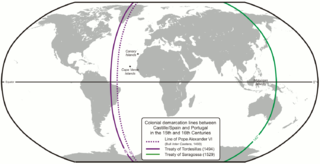 The Treaty of Zaragoza, also called the Capitulation of Zaragoza was a peace treaty between Castile and Portugal, signed on 22 April 1529 by King John III of Portugal and the Castilian emperor Charles V, in the Aragonese city of Zaragoza. The treaty defined the areas of Castilian and Portuguese influence in Asia, in order to resolve the "Moluccas issue", which had arisen because both kingdoms claimed the Maluku Islands for themselves, asserting that they were within their area of influence as specified in 1494 by the Treaty of Tordesillas. The conflict began in 1520, when expeditions of both kingdoms reached the Pacific Ocean, because no agreed meridian of longitude had been established in the Orient. 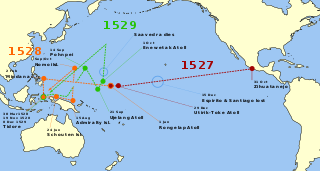 Álvaro de Saavedra Cerón was one of the Spanish explorers in the Pacific Ocean. The exact date and place of his birth are unknown, but he was born in the late 15th century or early 16th century in Spain. Hernán Cortés was his relative, whom he accompanied to Mexico in 1526.

A patache is a type of sailing vessel with two masts, very light and shallow, a sort of cross between a brig and a schooner, which originally was a warship, being intended for surveillance and inspection of the coasts and ports. It was used as a tender to the fleet of vessels of more importance or size, and also for trans-Pacific travel, but later began to be used for trading voyages, carrying cargo burdens of 30 tons or more.

The Magellan-Elcano circumnavigation was the first voyage around the world in human history. It was a Spanish expedition that sailed from Seville in 1519 under the command of Ferdinand Magellan, a Portuguese- born explorer but naturalized (nationalised) Spanish, in search of a maritime path to East Asia through the Americas and across the Pacific Ocean, and was concluded by Spanish navigator Juan Sebastian Elcano in 1522. Elcano and the 18 survivors of the expedition were the first men to circumnavigate the globe in a single expedition.