Law II ("That in the City of Santo Domingo in Hispaniola reside the Royal Audiencia and Chancellory, and of its Ministers, District and Jurisdiction") of Title XV ("Of the Royal Audiencias and Chancellories of the Indies") of Book II of the Recopilación de Leyes de las Indias of 1680—which compiles the decrees of September 14, 1526; June 4, 1527; April 19, 1583; October 30, 1591, and February 17, 1620—describes the limits and functions of the Audiencia. [1] 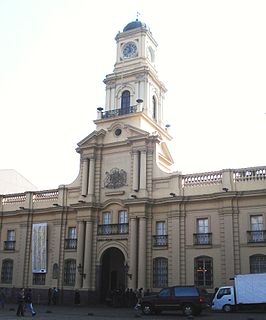 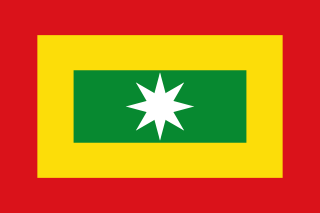 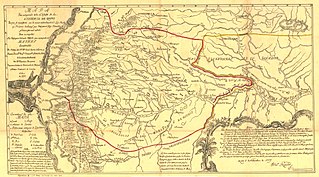 The Province of Trinidad (1525–1802) was a province of the Spanish Empire which was created in 1525. It occupied almost the whole territory of the modern republic of Trinidad and Tobago.

The Venezuela Province was a province of the Spanish Empire, of Gran Colombia (1824-1830) and later of Venezuela, apart from an interlude when it was contracted as a concession by the King of Spain to the German Welser banking family, as Klein-Venedig.