Captaincy General of the Philippines

The Captaincy General of the Philippines (Spanish : Capitanía General de FilipinasSpanish pronunciation:  [kapitaˈni.a xeneˈɾal ðe filiˈpinas] ( listen ); Filipino : Kapitaniya Heneral ng Pilipinas), was an administrative district of the Spanish Empire in Southeast Asia governed by a Governor-General. The Captaincy General encompassed the Spanish East Indies, which included among others the Philippine Islands and the Caroline Islands. It was founded in 1565 with the first permanent Spanish settlements.

For centuries, all the political and economic aspects of the Captaincy General were administered in Mexico City by the Viceroyalty of New Spain, while the administrative issues had to be consulted with the Spanish Crown or the Council of the Indies through the Royal Audience of Manila. However, in 1821, following the independence of Mexico, all control was transferred to Madrid. It was succeeded by the short-lived First Philippine Republic following its independence through the Philippine Revolution.

After a long, tolling voyage across the Pacific Ocean, Ferdinand Magellan reached the island of Guam on March 6, 1521 and anchored the three ships that were left of his fleet in Umatac Bay, before proceeding to the Philippines, where he met his death during the Battle of Mactan. Antonio Pigafetta, the expedition's chronicler and one of only 18 original crew members to survive Ferdinand Magellan's circumnavigation of the globe, recorded all details of the voyage.

Miguel López de Legazpi arrived in Umatac in 1565 and claimed the island of Guam for Spain, before proceeding to the Philippines, where, in a short period of time, they successfully incorporated into Spain's empire Cebu, Samar, Mazaua, Leyte, and Bohol, before conquering Manila.

Later (in 1569), Miguel López de Legazpi transferred the Spanish headquarters from Cebu to Panay, where they found allies, who were never conquered by Spain but were accomplished as vassals by means of pacts, peace treaties, and reciprocal alliances. [1] On 5 June 1569, Guido de Lavezaris, the royal treasurer in the archipelago, wrote to Philip II reporting about the Portuguese attack on Cebu in the preceding autumn. A letter from another official, Andres de Mirandaola (dated three days later, on 8 June), also described briefly this encounter with the Portuguese. The danger of another attack led the Spaniards to remove their camp from Cebu to Panay, which they considered a safer place. Legazpi himself, in his report to the Viceroy in New Spain (dated 1 July 1569), mentioned the same reason for the relocation of Spaniards to Panay. [2] It was in Panay that the conquest of Luzon was planned, and launched on 8 May 1570. [3] Two of Lepazpi's lieutenant-commanders, Martín de Goiti and Juan de Salcedo, conquered Luzon's northern region.

Several Pacific islands were claimed by Spain during the 16th century, including the Caroline Islands by Toribio Alonso de Salazar in 1526, Palau by Ruy López de Villalobos in 1543, Bonin Islands by Bernardo de la Torre in 1543, New Guinea by Yñigo Ortiz de Retez in 1545, Solomon Islands by Pedro Sarmiento de Gamboa in 1568, New Hebrides by Pedro Fernandes de Queirós in 1606, and Marquesas Islands by Álvaro de Mendaña de Neira in 1595, although Spain did not make any serious attempt to establish permanent settlements in them until the 18th century.

Spanish settlement and creation of the Captaincy General

As part of the extensive governmental reforms during the early Bourbon period throughout the overseas possessions, an Intendencia was established in Manila by Royal Decree of July 17, 1784 that handled issues regarding the government finances and to promote the economy. Ciriaco González Carbajal was appointed as Oidor of the Audiencia of Manila and was instructed to abide by the Royal Ordinance of Mayors of 1782, that had been enacted in Rio de la Plata. Carbajal proposed the establishment of more Intendencias in Ilocos, Camarines, Iloilo and Cebu, and although they were created on November 24, 1786, they were later abolished by the Royal Decree of November 20, 1787. [4] A month earlier, on October 23, the Intendencia of Manila had been attached to the Captaincy General of the Philippines. [5]

Until 1822, all General Captains were civilians, but after that year they were always chosen among the military. Throughout the second half of the 19th century, there were established many dependent local government offices and military settlements, very numerous due to a large number of islands and the extent of the districts.

Until the second half of the 18th century, there were 24 provinces, 19 alcaldías mayores and five corregimientos: [6]

Established during the 19th century

Until the second half of the 19th century, there existed the administrative units:

Spanish rule in the Philippines ceased in 1898 after the war with the United States, which annexed most territories, although the administrative jurisdictions remained intact.

Most of the remaining territories in the Pacific Ocean were sold to Germany during the German-Spanish Treaty of 1899. 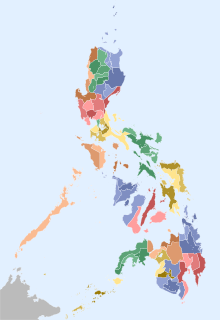 Central Luzon, designated as Region III, is an administrative region in the Philippines, primarily serving to organize the 7 provinces of the vast central plains of the island of Luzon, for administrative convenience. The region contains the largest plain in the country and produces most of the country's rice supply, earning itself the nickname "Rice Granary of the Philippines". Its provinces are: Aurora, Bataan, Bulacan, Nueva Ecija, Pampanga, Tarlac and Zambales.

Martín de Goiti was one of the soldiers who accompanied the Spanish colonization of the East Indies and the Pacific in 1565. From his base in Mexico City, he led the expedition to Manila ordered by Miguel López de Legazpi in 1569. He then engaged in battles against Rajah Sulayman, Rajah Matanda, and Lakandula of the kingdoms in Luzon in order to colonise the land. 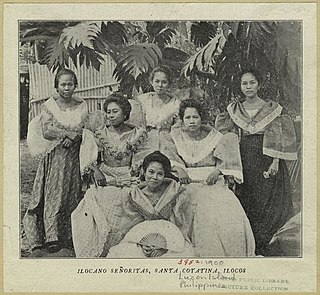 The Ilocanos, Ilokanos, or Iloko people are the third largest Filipino ethnolinguistic group that mostly reside within the Ilocos Region in the northwestern seaboard of Luzon, Philippines. 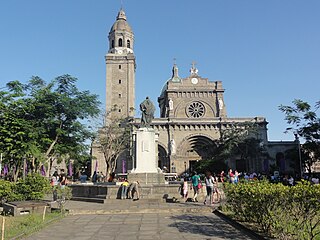 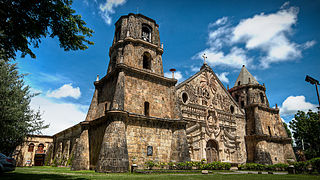 The Baroque Churches of the Philippines are a collection of four Spanish Colonial-era baroque churches in the Philippines, which were included in UNESCO's World Heritage List in 1993. The churches are also considered as national cultural treasures of the country.

During the Spanish colonial period in the Philippines, 1521–1898, there were several revolts against the Spanish colonial government by indigenous Moro, Lumad, Indians, Chinese (Sangleys), and Insulares, often with the goal of re-establishing the rights and powers that had traditionally belonged to Lumad Timueys, Maginoo Rajah, and Moro Datus. Some revolts stemmed from land problem and this was largely the cause of the insurrections that transpired in the agricultural provinces of Batangas, Bulacan, Cavite, and Laguna. Natives also rebelled over unjust taxation and forced labor.

"[These] groupings neither supersede current political boundaries nor alter the regional development councils as established by existing laws and issuances."

The National Christian Life College (NCLC), formerly the Maranatha Christian Academy (MCA), is a private, non-stock, non-sectarian Christian school, with its main campus in Marikina City, Philippines. It was established in February 1980 by Dr. Leticia S. Ferriol, who is the directress of the school. It is part of the Pentecostal Missionary Church of Christ headed by Arsenio Ferriol.

Guijo is a species of plant in the family Dipterocarpaceae. It is a tree found in Cambodia, Laos, Vietnam, Sumatra, Peninsular Malaysia, Borneo and the Philippines. The name guijo is a Philippine Spanish word derived from the Tagalog gihò. This is also sometimes known as red balan or red balau sharing its name with Shorea balangeran. Other local names include yamban-yamban in Zambales and taralai in Tarlac. 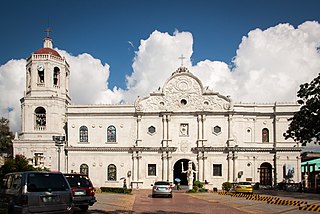 These are independent candidates in the 2013 Philippine House of Representatives elections: