Elizabeth Broderick AO is an Australian lawyer, who was the Australian Sex Discrimination Commissioner for over eight years from 2007 to 2015 [1] and has a United Nations special rapporteur for Discrimination against Women and Girls since 2017. She is a former partner and head of legal technology at Ashurst Australia (then called Blake Dawson Waldron), a global commercial law firm. [2]

Broderick grew up in Caringbah, New South Wales as the daughter of a doctor and physiotherapist, Frank and Margot. She has two sisters including an identical twin, Jane Latimer. [3] She was Head Girl in 1978 at Meriden School, Strathfield. [2]

Broderick is trained as a lawyer. She has spoken publicly about her own experiences of sexual harassment by a client as a young lawyer. [4]

At law firm Blake Dawson Waldron (now Ashurst), Broderick worked part-time for twelve years while she was a partner - the first partner at the firm to work part-time. [5] She also created a database giving people legal advice at low cost. Broderick was named "Telstra NSW Business Woman of the Year" (2000–2001). [2]

Broderick persuaded some of "the most powerful men in the country" to publicly commit to being part of a group called Male Champions of Change (MCC) and take action on gender inequality. [4] The group is still active and has inspired the creation of many MCC groups in other sectors, including architecture, [6] property, [7] elite sports [8] and in Victoria. [9] Current members of the Founding MCC group include, Alan Joyce, Kevin McCann, Martin Parkinson, David Thodey and Lieutenant General David Morrison. [10]

The Male Champions of Change have released progress reports in 2011, [11] 2013 [12] and 2014. [13] They also partnered with Chief Executive Women to develop a model for leaders to use in order to examine their own actions and 'Leadership Shadow'. [14]

In 2014, Broderick published a fourth and final report on gender-discriminatory practices in the Australian Defence Force. [15]

Broderick finished up as Sex Discrimination Commissioner in 2015 and was succeeded by Kate Jenkins. [3] [16]

Broderick established her own consultancy specialising in gender equality and was then appointed by the United Nations as a Special Rapporteur for the Working Group on Discrimination against Women and Girls in 2017. [3] She works alongside four other female experts to report to the Human Rights Council in Geneva on discrimination against women around the world. [3]

Broderick won in the Diversity category as well as recognized as the overall winner in the 2014 Women of Influence award. [17] She was also an Impact 25 winner in 2015. [18] On November, 2015, the University of New South Wales-Sydney conferred upon her an honorary degree honorary Doctorate of Laws for her "eminent service to both the Australian and international community”. [19]

In 2016, she was awarded the New South Wales Australian of the Year for her being a "powerful and influential voice in the struggle for gender equality enlisting both women and men as agents of change." [20] She received the Australian Award for Excellence in Women's Leadership from the Women & Leadership Australia on the same year, [21] and won the 2016 Hall of Fame during the Women's Agenda Leadership Awards. [22]

Broderick was appointed Officer of the Order of Australia in 2017. [23]

Human rights in Australia have largely been developed under Australian Parliamentary democracy through laws in specific contexts and safeguarded by such institutions as the independent judiciary and the High Court, which implement common Law, the Australian Constitution, and various other laws of Australia and its states and territories. Australia also has an independent statutory human rights body, the Australian Human Rights Commission, which investigates and conciliates complaints, and more generally promotes human rights through education, discussion and reporting. 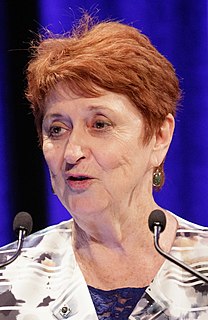 Susan Maree Ryan was an Australian politician and public servant. She was a member of the Australian Labor Party (ALP) and held ministerial office in the Hawke Government as Minister Assisting the Prime Minister for the Status of Women (1983–1988), Minister for Education and Youth Affairs (1983–1984), Minister for Education (1984–1987) and Special Minister of State (1987–1988). She was the first woman from the ALP to serve in cabinet and was notably involved in the creation of the Sex Discrimination Act 1984 and the Affirmative Action Act 1986. Ryan served as a senator for the Australian Capital Territory from 1975 to 1987. After leaving politics she served as the Age Discrimination Commissioner from 2011 to 2016, within the Australian Human Rights Commission.

Prudence Jane Goward, an Australian politician, was a Liberal member of the New South Wales Legislative Assembly from 2007 to 2019, representing the seat of Goulburn.

Lesbian, gay, bisexual and transgender (LGBT) rights in Australia have advanced since the late-twentieth century. LGBT people in Australia are legally protected from discrimination and have largely equal rights and responsibilities at law.

Elizabeth Andreas Evatt, an eminent Australian reformist lawyer and jurist who sat on numerous national and international tribunals and commissions, was the first Chief Justice of the Family Court of Australia, the first female judge of an Australian federal court, and the first Australian to be elected to the United Nations Human Rights Committee.

Maguire v SOCOG 2000 was a legal case in Australia about making a website accessible to a visually impaired person.

Lesbian, gay, bisexual, and transgender (LGBT) persons in the Australian state of New South Wales have most of the same rights and responsibilities as heterosexual cisgender people.

Intersex people are individuals born with any of several variations in sex characteristics including chromosomes, gonads, sex hormones or genitals that, according to the Office of the United Nations High Commissioner for Human Rights, "do not fit the typical definitions for male or female bodies". Though the range of atypical sex characteristics may be obvious from birth through the presence of physically ambiguous genitalia, in other instances, these atypical characteristics may go unnoticed, presenting as ambiguous internal reproductive organs or atypical chromosomes that may remain unknown to an individual all of their life. 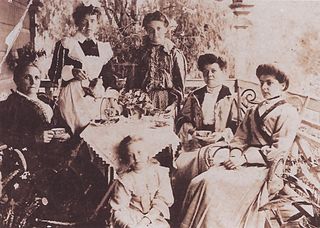 Women in Australia refers to women's demographic and cultural presence in Australia. Australian women have contributed greatly to the country's development, in many areas. Historically, a masculine bias has dominated Australian culture. Since 1984, the Sex Discrimination Act 1984 (Cth) has prohibited sex discrimination throughout Australia in a range of areas of public life, including work, accommodation, education, the provision of goods, facilities and services, the activities of clubs and the administration of Commonwealth laws and programs, though some residual inequalities still persist.

Gina Wilson is an intersex human rights activist, born in Victoria, Australia in 1952. She was the founding president of Intersex Human Rights Australia.

Morgan Carpenter is a bioethicist, intersex activist and researcher. In 2013 he created the intersex flag, and became president of Intersex Human Rights Australia. He is now a co-executive director. In 2015, he cofounded a project to mark Intersex Awareness Day. 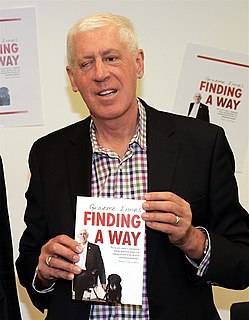 Graeme Gordon Innes AM is a lawyer, mediator and company director, and was Australia's Disability Discrimination Commissioner from December 2005 to July 2014. As a human rights advocate for the past 30 years he has played a role in many human rights and disability initiatives, including the drafting of the United Nations Convention on the Rights of Persons with Disabilities. In 2013, Innes won a case against RailCorp, which was found to have discriminated against blind and visually impaired passengers. Innes was admitted as a Member of the Order of Australia in 1995 in recognition of his human rights work and his contribution to the rights of people with disability in Australia. 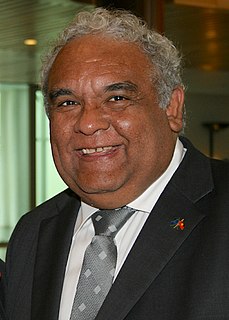 Thomas Edwin Calma,, is an Aboriginal Australian human rights and social justice campaigner. He is the sixth chancellor of the University of Canberra, a post held since January 2014, after two years as deputy chancellor. Calma is the second Aboriginal or Torres Strait Islander person to hold the position of Chancellor of any Australian university.

Intersex people are born with sex characteristics, such as chromosomes, gonads, or genitals, that, according to the UN Office of the High Commissioner for Human Rights, "do not fit typical binary notions of male or female bodies." 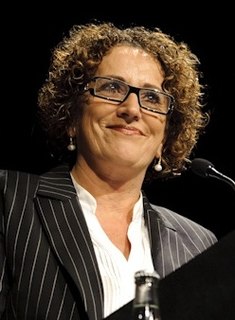 Helen Veronica Szoke is the former Chief Executive of Oxfam Australia, and a commentator and advocate on issues of human rights, poverty, inequality, gender and race discrimination. Throughout her career, she has held leadership roles across the health sector, human rights and public policy, and international development sector.

Intersex people are born with sex characteristics, such as chromosomes, gonads, or genitals that, according to the UN Office of the High Commissioner for Human Rights, "do not fit typical binary notions of male or female bodies". "Because their bodies are seen as different, intersex children and adults are often stigmatized and subjected to multiple human rights violations".

Freedom of religion in Australia is allowed in practice and protected to varying degrees through the constitution and legislation at the Federal, state and territory level. Australia is a secular country with legislated separation of church and state and with no state religion. The nation has over 13.5 million people who identify as religious and 7.1 million who identify as irreligious.

Elizabeth Jane Elliott is an Australian scientist. She is a member of the Order of Australia (AM), for services to paediatrics and child health, as well as a fellow of the AAHMS, and the first female to win the James Cook Medal, awarded by the Royal Society of NSW for contributions to human welfare. She is a Distinguished professor of paediatrics at the University of Sydney and the Sydney Children’s Hospital, Westmead, and regarded as a "pioneer in fetal alcohol spectrum disorder, advocacy and patient care".