The following is a list of Texas state agencies.

The following list outlines the structure of the federal government of Canada. 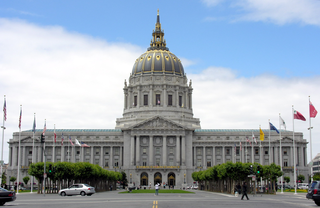 The government of the City and County of San Francisco utilizes the "strong mayor" form of mayoral/council government, composed of the Mayor, Board of Supervisors, several elected officers, and numerous other entities. It is the only consolidated city-county in California, and one of only thirteen charter counties of California. The fiscal year 2019–20 city and county budget was approximately $12.3 billion.