Tsoilaunung Island is an island of Papua New Guinea, located to the east of New Hanover Island, to the north of New Ireland. The island is also known as Tsoi. [1] Senta Pass separates it from Patio Island to its south. [2]

Nauru, officially the Republic of Nauru and formerly known as Pleasant Island, is an island country and microstate in Oceania, in the Central Pacific. Its nearest neighbour is Banaba Island in Kiribati, 300 km (190 mi) to the east. It further lies northwest of Tuvalu, 1,300 km (810 mi) northeast of the Solomon Islands, east-northeast of Papua New Guinea, southeast of the Federated States of Micronesia and south of the Marshall Islands. With only a 21 km2 (8.1 sq mi) area, Nauru is the third-smallest country in the world behind Vatican City, and Monaco, making it the smallest republic. Additionally, its population of 10,670 is the world's second smallest, after Vatican City.

The Tasman Sea is a marginal sea of the South Pacific Ocean, situated between Australia and New Zealand. It measures about 2,000 km (1,200 mi) across and about 2,800 km (1,700 mi) from north to south. The sea was named after the Dutch explorer Abel Janszoon Tasman, who was the first recorded European to encounter New Zealand and Tasmania. British explorer Lieutenant James Cook later extensively navigated the Tasman Sea in the 1770s as part of his first voyage of exploration.

Shepherd's beaked whale, also commonly called Tasman's beaked whale or simply the Tasman whale, is a cetacean of the family Ziphiidae. The whale has not been studied extensively. Only four confirmed at sea sightings have been made and 42 strandings recorded. It was first known to science in 1937, being named by W. R. B. Oliver after George Shepherd, curator of the Wanganui Museum, who collected the type specimen near Ohawe on the south Taranaki coast of New Zealand's North Island, in 1933.

Emirau Island, also called Emira, is an island in the Bismarck Archipelago located at 1°38.5′S149°58.5′E. It is currently part of the New Ireland Province of Papua New Guinea. The local language is a dialect of the Mussau-Emira language. Emira is part of what on many maps are charted as the St Matthias Islands, also known as the Mussau Islands, a small group to the north-west of the main-island group of New Ireland. Early explorers named it Squally Island, a name still found in some early records. 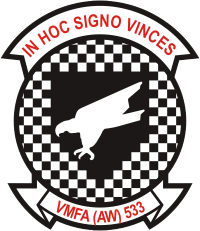 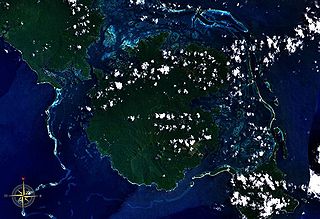 Vangunu is an island, part of the New Georgia Islands in the Solomon Islands. It is located between New Georgia and Nggatokae Island. To the north and east of the island is Marovo Lagoon. The island has an area of 509 square kilometres (197 sq mi).

German submarine U-277 was a Type VIIC U-boat of Nazi Germany's Kriegsmarine during World War II.

German submarine U-289 was a Type VIIC U-boat of Nazi Germany's Kriegsmarine during World War II.

Malendok Island is an island of the Tanga Islands of Papua New Guinea, located to the east of New Ireland. It is located to the south-west of Boang Island and north-east of Lif Island and Tefa Island. It covers 35 square kilometres (13.5 sq mi). Most inhabitants live in small hamlets on the coast. On the south-western side is a coconut plantation.

Tefa Island is a small island of the Tanga Islands of Papua New Guinea, located to the east of New Ireland. It is located to the south of Malendok Island and south of Lif Island. The main settlement is Tefa.

Patio Island is a small island of Papua New Guinea, located to the southeast of New Hanover Island, to the north-west of New Ireland. Senta Pass separates it from Tsoilaunung Island to the north. To the south is Baudisson Island.

Selapiu Island is an island of Papua New Guinea, located immediately south of the corner of New Hanover Island. According to the United States Naval Oceanographic Office, a "cylindrical concrete beacon, surmounted by a pole and a square, 23 feet (7 m) high, marks the south edge of the reef that extends from the east extremity of Selapiu Island." Its highest point is 409 feet (125 m).

Iltur is a remote Pitjantjatjara homeland in the Great Victoria Desert of South Australia. It is also known as Coffin Hill after the rocky outcrop where it is located, and the traditional country surrounding it is known in Pitjantjatjara as Ilturnga. It is located at the southern end of the Birksgate Range, and is one of the most southerly locations on the Aṉangu Pitjantjatjara Yankunytjatjara Lands. It was visited by the Elder Scientific Exploring Expedition in 1881, led by the explorer David Lindsay.

The River Lett, a perennial stream of the Hawkesbury-Nepean catchment, is located in the Central Tablelands region of New South Wales, Australia.

Ro-65 was an Imperial Japanese Navy Type L submarine of the L4 subclass. First commissioned in 1926, she served in the waters of Japan prior to World War II. During World War II, she operated in the Central Pacific, supported Japanese forces in the Battle of Wake Island and invasion of Rabaul, and took part in the Aleutian Islands campaign. She sank in a diving accident in November 1942.

I-64 was a Kaidai-class cruiser submarine of the KD4 sub-class built for the Imperial Japanese Navy (IJN) during the 1920s and completed in 1930. During World War II, she supported the Japanese invasion of Malaya and conducted war patrols in the Indian Ocean before she was sunk in May 1942 while deploying to take part in the upcoming Battle of Midway. Just after her loss, and before her loss became known to the Japanese, she was renumbered I-164.