A plebiscite on conscription was held in Canada on 27 April 1942. [1] It was held in response to the Conservative Party lobbying Prime Minister William Lyon Mackenzie King (Liberal leader) to introduce compulsory overseas military service, the government having previously promised not to introduce same in 1940. [2] The result was 66% voting in favour, [2] with Quebec being the only province to have a majority voting against. Quebec's strong majority against the comitment's release prompted the prime minister not to pursue the issue until later events prompted a change in position.

Are you in favour of releasing the Government from any obligations arising out of any past commitments restricting the methods of raising men for military service?

The referendum was held in all 245 electoral districts, which covered all nine provinces and one of the two territories. Residents in the Northwest Territories did not have a vote, as their area was not organized as an electoral district.

The politics of Canada function within a framework of parliamentary democracy and a federal system of parliamentary government with strong democratic traditions. Canada is a constitutional monarchy, in which the monarch is head of state. In practice, the executive powers are directed by the Cabinet, a committee of ministers of the Crown responsible to the elected House of Commons of Canada and chosen and headed by the Prime Minister of Canada. 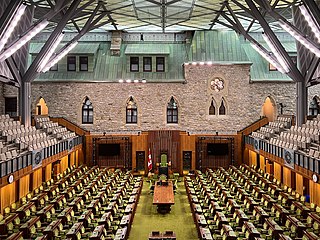 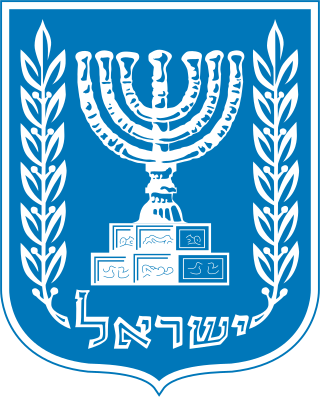 The Israeli system of government is based on parliamentary democracy. The Prime Minister of Israel is the head of government and leader of a multi-party system. Executive power is exercised by the government. Legislative power is vested in the Knesset. The Judiciary is independent of the executive and the legislature. The political system of the State of Israel and its main principles are set out in 11 Basic Laws. Israel does not have a written constitution.

National referendums are seldom used in Canada. The first two referendums in 1898 and 1942 saw voters in Quebec and the remainder of Canada take dramatically-opposing stands, and the third in 1992 saw most of the voters take a stand dramatically opposed to that of the politicians in power.

The Charlottetown Accord was a package of proposed amendments to the Constitution of Canada, proposed by the Canadian federal and provincial governments in 1992. It was submitted to a public referendum on October 26 and was defeated. 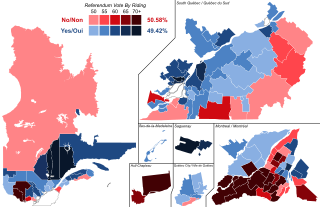 The 1995 Quebec referendum was the second referendum to ask voters in the predominantly French-speaking Canadian province of Quebec whether Quebec should proclaim sovereignty and become an independent country, with the condition precedent of offering a political and economic agreement to Canada.

Canada holds elections for legislatures or governments in several jurisdictions: for the federal (national) government, provincial and territorial governments, and municipal governments. Elections are also held for self-governing First Nations and for many other public and private organizations including corporations and trade unions. Municipal elections can also be held for both upper-tier and lower-tier governments. 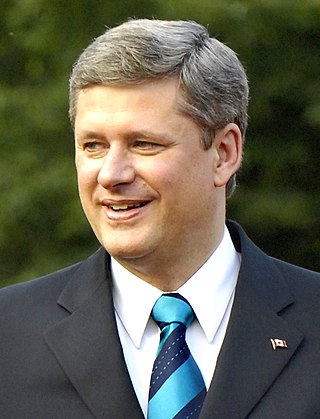 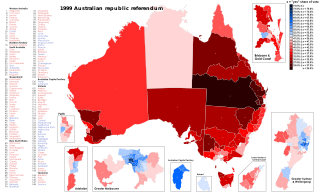 The Australian republic referendum held on 6 November 1999 was a two-question referendum to amend the Constitution of Australia. The first question asked whether Australia should become a republic with a President appointed by Parliament following a bi-partisan appointment model which had been approved by a half-elected, half-appointed Constitutional Convention held in Canberra in February 1998. The second question, generally deemed to be far less important politically, asked whether Australia should alter the Constitution to insert a preamble. For some years opinion polls had suggested that a majority of the electorate favoured a republic. Nonetheless, the republic referendum was defeated, partly due to division among republicans on the method proposed for selection of the president and dissident republicans opposed the president to have strong executive power. 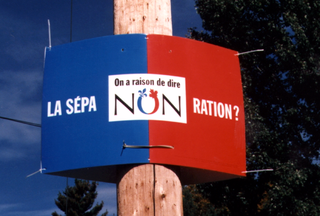 The history of Canada (1982–present) refers to the period immediately following the Canada Act until the present. 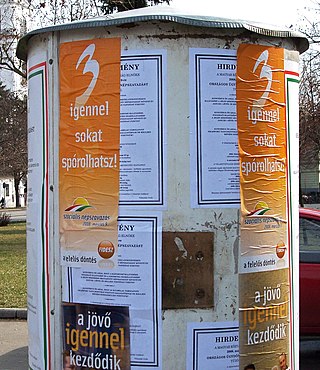 A referendum on revoking some medical and tuition fees was held in Hungary on 9 March 2008. The proposals would cancel government reforms which introduced doctor visit fees paid per visitation and medical fees paid per number of days spent in hospital as well as tuition fees in higher education. All three were supported by a majority of voters. Prime Minister Ferenc Gyurcsány stated that the fees would be abolished on 1 April 2008 following the referendum, but that the government had no funds available to replace the income lost for the higher educations institutions and health institutions due to the abolishment of the fees.

During the second half of World War I, the First Australian Imperial Force experienced a shortage of men as the number of men volunteering to fight overseas declined and the casualty rate increased. At the time, military service within the Commonwealth of Australia and its territories was compulsory for Australian men, but that requirement did not extend to conflict outside of Australia. In 1916, Prime Minister Billy Hughes called a plebiscite to determine public support for extending conscription to include military service outside the Commonwealth for the duration of the war. The referendum, held on 28 October 1916, narrowly rejected the proposal. A second plebiscite, held a year later on 20 December 1917, also failed to gain a majority.

General elections were held in Italy on 6 November 1904, with a second round of voting on 13 November. The "ministerial" left-wing bloc remained the largest in Parliament, winning 339 of the 508 seats. The papal ban on Catholics voting was relaxed for the first time, and three Catholics were elected.