The Garda Hitch (Alpine Clutch) is a class of climbing knots known as ratcheting knots for their ability to let the rope move in one direction, but not in the other. This class of knots has many uses in climbing and mountaineering, for example in a pulley system where a load is being hauled up a cliff, the Garda hitch prevents the load from slipping when the pulley system is reset.

The drawbacks to the garda hitch are that it is hard to release under load, it is hard to inspect, and it adds much friction to a pulley system. Particularly difficult is to figure out which way the rope will run freely, and which way it will lock just by visual inspection.

Attach the two oval carabiners to a sling or cord with both of their gates facing up and out in the same direction. [2] If using "D" carabiners, attach them to a sling or cord so that they are next to one another with the gates opening down and out in the same direction. Clip the rope through both gates, loop the right hand side of the rope and clip it through the left carabiner. What results looks like a simple twist around two carabiners, but by pulling on the rope ends you can easily see how the hitch locks in one direction, but pulls freely in the other.

It takes a bit of experience to tell which end will run freely when pulled—it's the end that comes out between the two carabiners, 'spreading them'. This easily becomes intuitive, as the other end pulls the crabs together so they squeeze the rope between them, locking it: 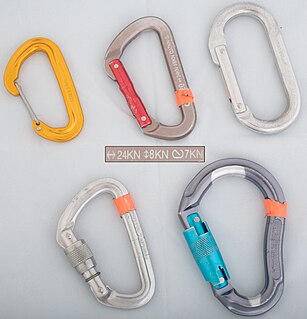 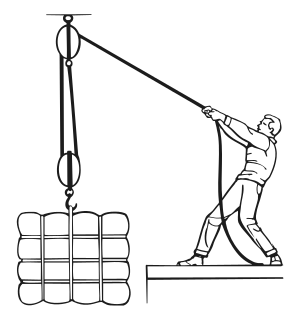 A block and tackle or only tackle is a system of two or more pulleys with a rope or cable threaded between them, usually used to lift heavy loads. 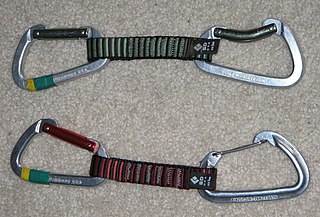 A quickdraw is a piece of climbing equipment used by rock and ice climbers to allow the climbing rope to run freely through bolt anchors or other protection while leading. 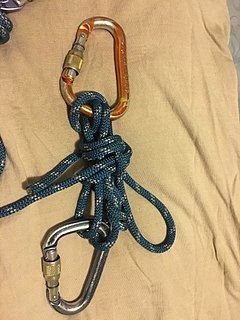