The bale sling hitch (or strap hitch) is a knot which traditionally uses a continuous loop of strap to form a cow hitch around an object in order to hoist or lower it. In practice, a similar arrangement can also be formed using a fixed loop at the end of a rope. This loop could be formed at the end of a line with a knot, such as the bowline, or a large eye splice. [1]

A strap, sometimes also called strop, is an elongated flap or ribbon, usually of fabric or leather. 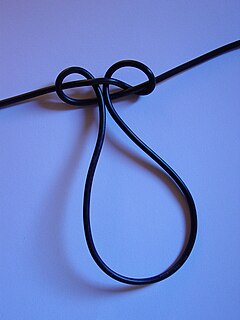 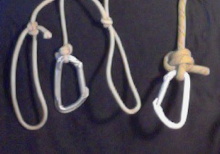