Trump originally proposed a second task force, following the White House Coronavirus Task Force. [2] He later referred to the group as the "opening our country taskforce" and "opening our country council". [3] Larry Kudlow and Steve Mnuchin were expected to be named members. [4] Further details were expected to be announced in mid April 2020. [5] [6]

Anthony Stephen Fauci is an American physician-scientist and immunologist serving as the director of the National Institute of Allergy and Infectious Diseases (NIAID) and the Chief Medical Advisor to the President. 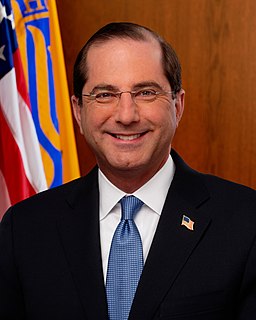 A congressional caucus is a group of members of the United States Congress that meets to pursue common legislative objectives. Formally, caucuses are formed as Congressional Member Organizations (CMOs) through the United States House of Representatives and governed under the rules of that chamber. Caucuses are informal in the Senate, and unlike their House counterparts, Senate groups receive neither official recognition nor funding from the chamber. In addition to the term caucus, they are sometimes called coalitions, study groups, task forces, or working groups. Caucuses typically have bipartisan membership and have co-chairs from each party. Chairs are listed below the name of each caucus.

Stephen Michael Hahn is an American physician who served as the Commissioner of Food and Drugs from 2019 to 2021. Before becoming Commissioner, he was an oncologist serving as Chief Medical Executive of the MD Anderson Cancer Center. 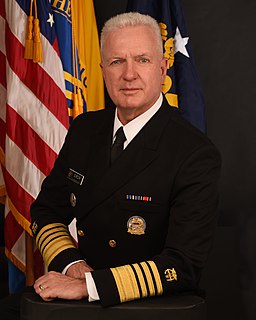 Brett P. Giroir is an American pediatrician and a former four-star admiral in the U.S. Public Health Service Commissioned Corps. He currently serves on the board of directors for Remote Area Medical, and as the chief medical advisor for Gauss Surgical. He previously served as the 16th assistant secretary for health during the Trump administration from February 15, 2018 to January 19, 2021. He concurrently served as the secretary's principal public health and science adviser, the senior adviser for the Health Resources and Services Administration, the Centers for Disease Control and Prevention, and the Substance Abuse and Mental Health Services Administration as well as the senior adviser to the secretary for Opioid Policy. From 2020 to 2021, he served additionally as the director of the U.S. coronavirus diagnostic testing, and as the U.S. representative on the World Health Organization Executive Board. As COVID-19 testing czar, he was part of the White House Coronavirus Task Force.

Steven Charles Witkoff is an American real estate investor and landlord based in New York City, and founder of the Witkoff Group. 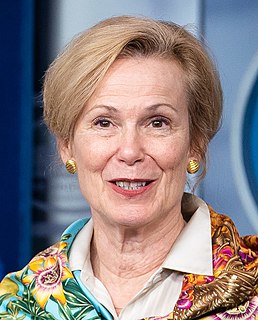 Deborah Leah Birx is an American physician and diplomat who served as the White House Coronavirus Response Coordinator under President Donald Trump from 2020 to 2021. Birx specializes in HIV/AIDS immunology, vaccine research, and global health. Starting in 2014, she oversaw the implementation of the President's Emergency Plan for AIDS Relief (PEPFAR) program to support HIV/AIDS treatment and prevention programs in 65 countries. From 2014-2020, Birx was the United States global AIDS coordinator for presidents Barack Obama and Donald Trump and served as the United States special representative for global health diplomacy between 2015 and 2021. Birx was part of the White House Coronavirus Task Force from February 2020 to January 2021. In March 2021, Dr. Birx joined ActivePure Technology as Chief Medical and Science Advisor.

Marc Short is an American political advisor who serves as Co-Chair of Advancing American Freedom. Short served as Chief of Staff to Vice President Mike Pence. Prior to holding this role, Short was the Director of Legislative Affairs at the White House from 2017 to 2018. He became Chief of Staff for Pence in March 2019. He was a Senior Fellow at the Miller Center of Public Affairs, a CNN contributor, Chief of Staff to Senator Kay Bailey Hutchison, and the House Republican Conference. He was President of Freedom Partners Chamber of Commerce from 2011 to 2016. He was a frequent guest on Meet The Press of NBC News.

The 2020 Oval Office address, officially titled On the Coronavirus Pandemic, was the second televised, prime-time Oval Office address during the presidency of Donald Trump, delivered on March 11, 2020. It was released during the rapidly spreading COVID-19 pandemic and the 2020 stock market crash. 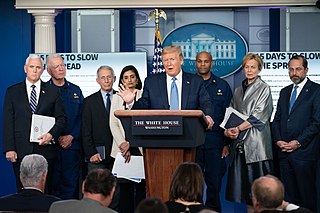 The Coronavirus Aid, Relief, and Economic Security Act, also known as the CARES Act, is a $2.2 trillion economic stimulus bill passed by the 116th U.S. Congress and signed into law by President Donald Trump on March 27, 2020, in response to the economic fallout of the COVID-19 pandemic in the United States. The spending primarily includes $300 billion in one-time cash payments to individual people who submit a tax return in America, $260 billion in increased unemployment benefits, the creation of the Paycheck Protection Program that provides forgivable loans to small businesses with an initial $350 billion in funding, $500 billion in loans for corporations, and $339.8 billion to state and local governments. 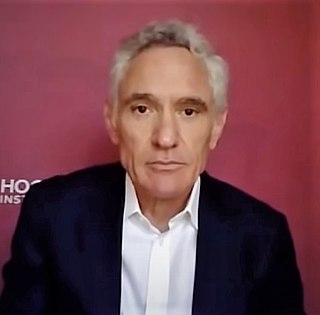 The Republican Political Alliance for Integrity and Reform(RePAIR) is a U.S. political group, founded in August 2020, consisting of Republican politicians who oppose the reelection of President Donald Trump. RePAIR is affiliated with Defending Democracy Together. The group's stated mission is to "return to principles-based governing in the post-Trump era," calling for a change in leadership for the Republican party, and supporting the candidacy of Joe Biden in the 2020 U.S. presidential election. The group was founded by former Trump administration official Miles Taylor and is led by former members of Republican administrations, including those of Ronald Reagan, George H. W. Bush, George W. Bush, and Trump.

Olivia Troye is an American national security official who worked on national security and homeland security issues at the National Counterterrorism Center, the United States Department of Energy Office of Intelligence and Counterintelligence, and the DHS Office of Intelligence and Analysis. She went on to work in the Office of the Vice President of the United States as the Homeland Security and Counterterrorism advisor to Vice President Mike Pence and also served on the White House Coronavirus Task Force as Pence's lead staffer on the Task Force. She resigned from the White House in August 2020. 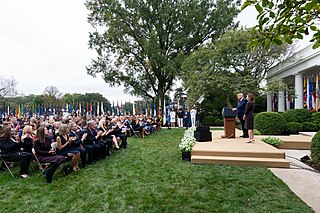 The White House COVID-19 outbreak was a cluster of SARS-CoV-2 infections that began in September 2020 and ended in January 2021 that spread among people, including many U.S. government officials, who were in close contact during the COVID-19 pandemic in Washington, D.C. Numerous high-profile individuals were infected, including President Donald Trump, who was hospitalized for three days. At least 48 White House staff members or associates, closely working with White House personnel, tested positive for the virus. The White House resisted efforts to engage in contact tracing, leaving it unclear how many people were infected in total and what the origins of the spread were.

Misinformation related to the COVID-19 pandemic has been propagated by various public figures, including officials of the United States government. The Trump administration in particular made a large number of misleading statements about the pandemic. A Cornell University study found that U.S. President Donald Trump was "likely the largest driver" of the COVID-19 misinformation infodemic in English-language media, downplaying the virus and promoting unapproved drugs. Others have also been accused of spreading misinformation, including U.S. Secretary of State Mike Pompeo, backing conspiracy theories regarding the origin of the virus, U.S. senators and New York City mayor Bill de Blasio, who downplayed the virus.