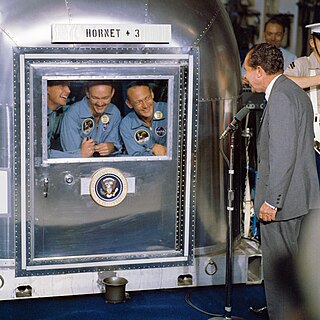 A quarantine is a restriction on the movement of people and goods which is intended to prevent the spread of disease or pests. It is often used in connection to disease and illness, preventing the movement of those who may have been exposed to a communicable disease, but do not have a confirmed medical diagnosis. It is distinct from medical isolation, in which those confirmed to be infected with a communicable disease are isolated from the healthy population. Quarantine considerations are often one aspect of border control. 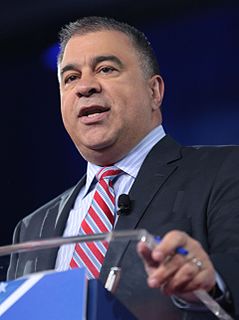 David Norman Bossie is an American political activist. Since 2000, he has been president and chairman of conservative advocacy group Citizens United and in 2016, Bossie was the deputy campaign manager to the Donald Trump presidential campaign.

Common Cause is a watchdog group based in Washington, D.C., with chapters in 35 states. It was founded in 1970 by John W. Gardner, a Republican, who was the former Secretary of Health, Education, and Welfare in the administration of President Lyndon Johnson as well as chair of the National Urban Coalition, an advocacy group for minorities and the working poor in urban areas. As initially founded, Common Cause was prominently known for its efforts to bring about an end to the Vietnam War and lower the voting age from 21 to 18.

The Conservative Political Action Conference is an annual political conference attended by conservative activists and elected officials from across the United States and beyond. CPAC is hosted by the American Conservative Union (ACU).

Politics is the process by which groups of people make decisions. Although the term is generally applied to behavior within civil governments, politics is observed in all human group interactions, including corporate, academic, and religious institutions. Politics consists of "social relations involving authority or power. The definition of "politics" from "The Free Dictionary" is the study of political behavior and examines the acquisition and application of power. Politics study include political philosophy, which seeks a rationale for politics and an ethic of public behavior, and public administration, which examines the practices of governance.

The 2016 Republican National Convention, in which delegates of the United States Republican Party chose the party's nominees for president and vice president in the 2016 U.S. presidential election, was held July 18–21, 2016, at Quicken Loans Arena in Cleveland, Ohio. The event marked the third time Cleveland has hosted the Republican National Convention and the first since 1936. In addition to determining the party's national ticket, the convention ratified the party platform. 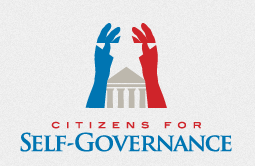 Citizens for Self-Governance (CSG) is a conservative American nonprofit political organization. In 2015, it launched a nationwide initiative calling for a convention to propose amendments to the United States Constitution to reduce federal spending. The group's efforts are focused on imposing fiscal restraint on Washington D.C., reducing the federal government's authority over states, and imposing term limits on federal officials. As of 2019, the organization's resolution has passed in 15 states. A total of 34 states would need to pass such a resolution in order for a Convention to Amend the Constitution to be called per Article V. The organization funded and won a class action lawsuit against the Internal Revenue Service over the agency's politically-oriented targeting of conservative organizations. The group is based in Austin, Texas.

Antifa is an anti-fascist political movement in the United States comprising a diverse array of autonomous groups that aim to achieve their objectives through the use of both non-violent and violent action rather than through policy reform. Antifa political activists engage in protest tactics such as digital activism and militancy, sometimes involving property damage, physical violence and harassment, against fascists, racists and those on the far-right.

Nicholas Joseph Fuentes is an American far-right conservative political commentator and podcaster. He was formerly a YouTuber before his channel was permanently suspended in February 2020 for violating YouTube's hate speech policy. He describes himself as a nationalist and paleoconservative and is said to hold white nationalist and antisemitic views.

The COVID-19 pandemic affected the political systems of multiple countries causing suspensions of legislative activities, isolation or deaths of multiple politicians, and rescheduling of elections due to fears of spreading the virus.

There have been protests and demonstrations around the world against responses to the ongoing COVID-19 pandemic by governmental bodies, and these protests have also drawn pushback from those who think the government mandates and lockdowns are justified. Some forms of protests have been compared to the Anti-Mask League of San Francisco movement that was seen during the 1918 pandemic. Various strikes have also occurred.

This article documents the chronology of the response to the COVID-19 pandemic in May 2020, which originated in Wuhan, China in December 2019. Some developments may become known or fully understood only in retrospect. Reporting on this pandemic began in December 2019.

Beginning in mid-April 2020, there were protests in several U.S. states against government-imposed lockdowns in response to the COVID-19 pandemic in the United States. The protests, mostly organized by conservative groups and individuals, decried the economic and social impact of stay-at-home orders, business closures, and restricted personal movement and association, and demanded that their state be "re-opened" for normal business and personal activity. 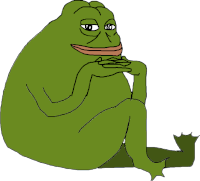 Groypers, sometimes called the Groyper Army, are a loose group of white nationalist and far-right activists, provocateurs, and internet trolls who are notable for their attempts to introduce far-right politics into mainstream American conservatism. They are known for targeting other conservative groups and individuals whose agendas they view as too moderate and insufficiently nationalist. The Groyper movement has been described as white nationalist, homophobic, antisemitic, and an attempt to rebrand the alt-right movement. 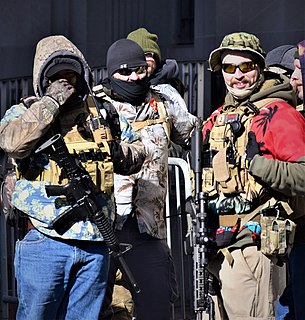 The boogaloo movement, adherents to which are often referred to as boogaloo boys or boogaloo bois, is a loosely organized American far-right extremist movement. Participants generally identify as a libertarian citizen-militia, and say they are preparing for a second American Civil War, which they call the "boogaloo". Widespread use of the term dates from late 2019, and adherents use the term, to refer to violent uprisings against the federal government or left-wing political opponents, often anticipated to follow government confiscation of firearms.