The U.S. state of West Virginia reported its first confirmed case relating to the COVID-19 pandemic on March 17, 2020, becoming the last state to do so. [8] However, the particular patient had been showing symptoms for several days prior. [9] On March 29, 2020, the state reported its first COVID-19 death. [10]

West Virginia's first death occurred on March 29 in Marion County. [21] The state's first death due to COVID-19 was an 88-year-old woman. [22] At the end of March, there were 4,143 persons in West Virginia tested, of which 162 were positive and 3,981 were negative, alongside this one death. Counties with the highest number of positive cases were in Kanawha and Monongalia counties. [23]

On July 16, an employee who worked for the West Virginia House of Delegates tested positive for the virus according to Speaker Roger Hanshaw, which resulted in closure of the clerk's office until further notice. [28]

On July 25, Doddridge County became the last county in the state to report a positive COVID-19 case. [29]

On March 13, Governor Jim Justice announced all schools across the state would close indefinitely beginning on March 16, 2020, as a proactive measure. [30]

By March 21, several Mid-Ohio Valley counties had closed their courthouses to the public or limited access. [33]

Clay Marsh, vice president of West Virginia University and executive dean of Health Sciences, stated: "We are faced with a pandemic by a virus that we have no immune system that responds to, so we can’t fight it ... If we do these things, we’ll continue to be the leaders. We have demonstrated how we too, as a state pulling together, can protect each other and protect our health care workers. Once this window of opportunity is gone, it won’t matter what we do then." [34]

On March 23, Governor Justice ordered non-essential businesses to be closed immediately, and issued a stay-at-home order effective March 24 at 8 p.m. [35] [36]

On March 25, WV held a statewide Day of Prayer, a 45-minute service dedicated to the people affected with Coronavirus disease. [37] It was held by Governor Jim Justice and moderator Dr. Dan Anderson. [38]

On April 17, the West Virginia Department of Health and Human Resources announced it would work with the National Guard to test individuals for COVID-19 who resided or worked in the state's nursing homes. [39]

On April 30, Justice announced "West Virginia Strong: The Comeback", a lifting of the present stay-at-home order that would transition to a safer-at-home plan. Specific sector businesses would be allowed to re-open over a month and a half after May 3, 2020, if certain parameters of COVID-19 testing were met. West Virginia's stay-at-home order would be lifted at 12:01 a.m. Monday, May 4 and be replaced with a safer-at-home program, which would strongly encourage residents to stay home but not make it mandatory to do so. [40]

On May 14, the WV Governor and Dept. of Health and Human Resources announced plans to increase testing among minorities and otherwise vulnerable populations in counties with large populations and evidence of transmission. [41] The next day, they announced free testing in WV counties that were medically underserved.

Religious entities have been excluded from the virus closures in the state. The WV Dept. of Health and Human Resources reported on June 13, a fifth outbreak at churches in the state had occurred. This time it was in Greenbrier County, which followed prior outbreaks at churches in Boone, Hampshire, Jefferson and Marshall counties. [42] The Graystone Baptist Church in Greenbrier County had some 33 COVID-19 cases. [43]

By July 1, some 115 COVID-19 cases were reported across West Virginia, the Governor stated, were traced to residents traveling to Myrtle Beach, South Carolina. "I strongly urge anybody that's been to Myrtle Beach to please get tested" Justice said. [27] In a July 1 press release, [27] Justice reported testing over 10,000 inmates and 4,000 employees in the state's correctional system showed one active COVID-19 case in an inmate at the Huttonsville Correctional Center and Jail and two employees.

On July 2, Justice announced that he was considering making masks mandatory in indoor spaces where social distancing isn't possible. [44] He issued an order on July 6 mandating masks in indoor public spaces outside of the home to reduce the spread of COVID-19. [45]

On December 11, the governor announced that Pfizer vaccine will come soon for West Virginia. The vaccine deployment would be prioritized for hospital and long-term care facility workers, teachers, first responders, and essential sector workers in Phase One. Phase Two, planned to begin in March, are for the general populace that wanted to take the vaccine. [46]

On July 1, 2020, in his press release, [27] Justice reported that West Virginia had been awarded over $24 million through the federal CARES Act.

Impact on sports and the economy

On March 12, the National Collegiate Athletic Association cancelled all winter and spring tournaments, most notably the Division I men's and women's basketball tournaments, affecting colleges and universities statewide. [48] On March 16, the National Junior College Athletic Association also canceled the remainder of the winter seasons as well as the spring seasons. [49]

The governor's reopening plan required the state's cumulative positive test rate for COVID-19 to stay below three percent for three days, in contrast to the prior benchmark of having cases decline for two weeks. [50]

Justice, in his July 1 press release, [52] announced "historic revenue surplus" in West Virginia for fiscal year 2020 amidst the COVID-19 pandemic. He also stated that overall consumer spending in the state returned to pre-pandemic levels in June, according to a state-by-state analysis he said was conduced by the Harvard-based research group Opportunity Insights. [52] 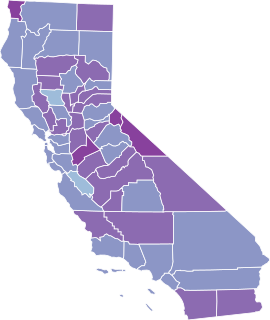 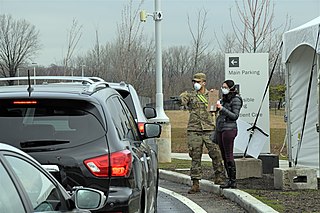 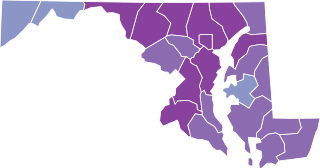 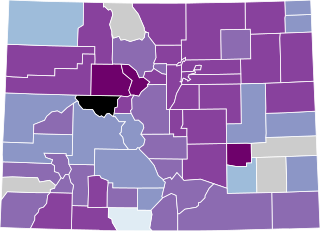 The COVID-19 pandemic in Kenya is part of the worldwide pandemic of coronavirus disease 2019 caused by severe acute respiratory syndrome coronavirus 2. The virus was confirmed to have reached Kenya on 12 March 2020, with the initial cases reported in the capital city Nairobi and in the coastal area Mombasa. 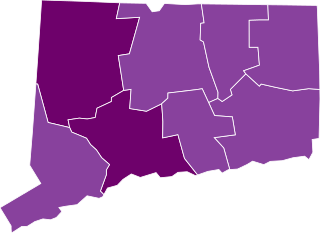 The first confirmed case of the COVID-19 pandemic in the U.S. state of Connecticut was confirmed on March 8, although there had previously been multiple people suspected of having COVID-19, all of which eventually tested negative. As of October 5, 2021, there were 356,598 confirmed cases, 36,901 suspected cases, and 8,667 COVID-associated deaths in the state. 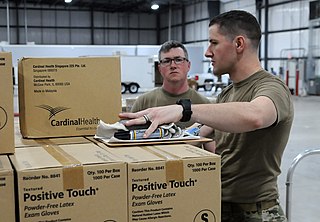 The COVID-19 pandemic was confirmed to have reached the U.S. state of Kentucky on March 6, 2020, when Governor Andy Beshear's office announced the first confirmed case in Cynthiana and declared a state of emergency to ensure all entities had the necessary response resources. Four of the first 22 confirmed cases in the state originated among a group of friends skiing in Vail, Colorado, prior to any cases being reported there and then returning to Kentucky on March 1, 2020. Several others on the trip and their families may have been infected but were unable to be tested at the time due to extremely limited statewide testing. As of February 8, 2021, 381,271 cumulative cases of COVID-19 were confirmed, with 4,224 deaths. 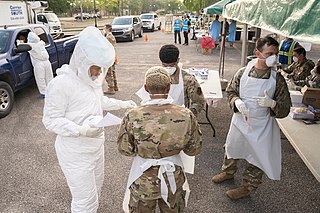 The COVID-19 pandemic was confirmed to have reached the U.S. state of Missouri in March 2020. A university student who had recently been to Italy, was the first index case for COVID-19 in Missouri. She was treated at Mercy Hospital St. Louis. As of February 8, 2021, the Missouri Department of Health and Senior Services has confirmed 502,432 cumulative cases and 7,562 deaths. 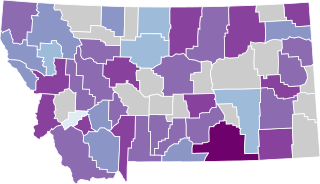 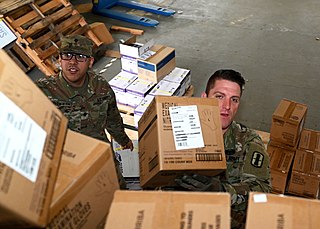 The COVID-19 pandemic in New Hampshire is part of an ongoing pandemic of coronavirus disease 2019 (COVID-19) in the U.S. state of New Hampshire. The first confirmed case was reported on March 2, 2020. A state of emergency was declared March 13, which included a ban on gatherings of 50 or more people. A small group filed a lawsuit claiming the order infringed on their right to assemble and worship; a judge dismissed the suit. On March 26, all nonessential businesses were closed and Governor Chris Sununu advised people to only leave home for essential necessities. That stay-at-home order was extended several times before being allowed to expire on June 15. Through November 22, a total of 74 emergency orders had been issued by Sununu. Sununu lifted the mask mandate as of April 16, 2021. 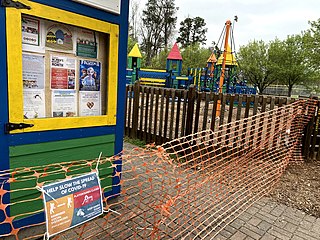 The COVID-19 pandemic was confirmed to have reached the U.S. state of North Carolina on March 3, 2020.

The COVID-19 pandemic began in the U.S. state of Utah in early March 2020 with travel-related cases. Residents stockpiled goods, large conferences were made remote-only, postponed, or cancelled; a state of emergency was declared, and some public universities and other colleges switched to online-only classes. After the first case of community spread was found on March 14, Utah faced a shortage of testing kits, and public schools were ordered to be closed. Community spread was confirmed in more counties, and the state issued a public health order prohibiting dine-in service in restaurants and gatherings of more than 10 people except in grocery stores. A 5.7-magnitude earthquake struck the Wasatch Front on March 18, hampering the pandemic response. 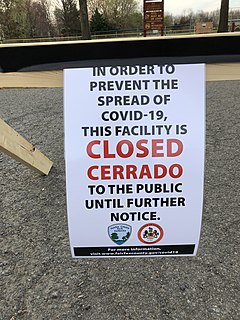 The COVID-19 pandemic in Virginia is part of the ongoing COVID-19 pandemic. The first confirmed case was reported on March 7, 2020 in Fort Belvoir, and the first suspected case arrived in Virginia on February 23, 2020, which was a man who had recently traveled to Egypt. In response to the spread of COVID-19, the state mandated a stay at home order from March 18, 2020 until May 12, 2020, when the state began a four-phased reopening plan that lasted through July 1, 2020. From May 31, 2020 until May 28, 2021, the state enforced a mask mandate, being one of the first states in the nation to enforce a statewide mask mandate. The state remained relatively stagnant in COVID-19 cases through November 2020, until there was a large surge in COVID-19 cases during the winter of 2020–21, as part of a nationwide surge in cases. Cases gradually subsided to summer and fall 2020 numbers by March 2021, with numbers falling to early pandemic numbers by June 2021. 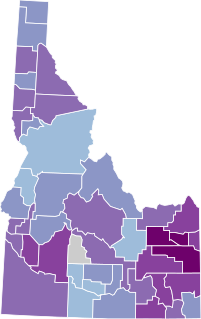 The following is a timeline of the COVID-19 pandemic in Massachusetts.