Social impact of the COVID-19 pandemic in Russia

Attribution: text was copied from 2020_coronavirus_pandemic_in_Russia on February 1, 2021. Please see the history of that page for full attribution.

This article is about the social impact of the COVID-19 pandemic in Russia.

On 5 March, First Deputy Prime Minister Andrey Belousov announced the cancellation of the St. Petersburg International Economic Forum which was due to be held from 3 to 6 June 2020. [1]

On 11 March, Russian Defence Minister Sergey Shoygu cancelled the Moscow International Security Conference which had been scheduled for 22 to 23 April. [1]

On 17 March, TASS reported that all football, hockey and basketball games were suspended until 10 April. [2] This was later extended to 31 May. [3] On the same day, UEFA confirmed postponing Euro 2020 until summer 2021, one of the venues of which is Krestovsky Stadium in Saint Petersburg. [4]

Despite the fact that a conscription started on 1 April, conscripts won't be sent to duty stations until 20 May. [5]

On 17 March, the leadership of the Russian Orthodox Church published Instructions to rectors of parishes and monasteries’ town churches, abbots and abbesses of the monasteries of the Russian Orthodox Church over the threat of spreading coronavirus infection (in English), which said it had been approved by the ROC's Holy Synod and instructed the ROC's clergy to use disposable cups, gloves, and facial tissue during sacraments and celebrations, disinfect church plates and premises regularly, and refrain from offering the hand for kissing. [9] A nearly identical Russian-language Instructions were addressed to the clergy of the Moscow diocese and said it had been approved by the Patriarch of Moscow and all Rus'. [10] When in St. Petersburg attendance of places of worship was restricted for the public on 26 March, the Moscow Patriarchate's lawyer deemed it unlawful. [11]

On 29 March, the ROC's Patriarch Kirill delivered a sermon in the Cathedral of Christ the Saviour that urged people to refrain from visiting church, citing the life of St. Mary of Egypt. [12] On 3 April, Kirill issued an encyclical for the clergy and faithful of the "dioceses in the territory of the Russian Federation" urging the clergy to conduct church services without laypeople's presence. [13] As the city of Moscow decided to tighten lockdown measures starting from 13 April, and following a request from chief sanitary doctor of Moscow, the Patriarch's Vicar instructed that church services in the city diocese be held without public (laypeople). [14] A similar decision was taken in St. Petersburg. [15] As of 16 April 2020, according to RBK, 42 out of 85 federal subjects including Moscow, Moscow Oblast and Saint Petersburg, issued instructions to close places of worship for general public, which would extend into the Easter period, which in the Orthodox Church was to begin on 19 April. [16] Equivocation and occasionally contradictory instructions issued by the Moscow Patriarchate's top officials undermined the authority of the Church's leadership while restrictive measures caused opposition on the part of conservative circles of the ROC's congregation. [17] [18] On Easter Sunday, the degree of admission restrictions, if any, to religious ceremonies varied significantly from region to region (federal subject), the ROC's branches outside the RF territory given free rein to find appropriate arrangement with local authorities. [19] While Patriarch Kirill presided over the Easter night service in Moscow's cathedral church with no laypeople in attendance, the ROC's most venerated St Trinity monastery in the Moscow region, which is under the Patriarch's direct spiritual authority, defied his directions by conducting Easter services as normal. This and similar incidents in other major monasteries led to massive spread of the COVID-19 infection in a number of the ROC's monasteries and seminaries in Russia as well as in Belarus and Ukraine. [18] [20] [21] [22] [23]

Various Muslim communities closed their mosques. In Moscow, the Cathedral Mosque, the Old Mosque, and the Memorial Mosque on Poklonnaya Hill closed on 18 March. [24] On 23 March, mosques in Crimea and Sevastopol were shut down. [25] On the next day, all the mosques in Krasnodar Krai and Adygea were closed as well. [26] Same measures were planned in Dagestan. [27]

On 18 March, Rabbi Berel Lazar closed the Bolshaya Bronnaya Synagogue, Maryina Roshcha Synagogue, and Zhukovka Jewish Centre. [28] Eleven members of the community were hospitalised, with four COVID-19 cases confirmed, the first one being a rabbi who felt sick after Purim celebration on 9 March. [29] [30] On 24 March, Rabbi Berel Lazar and the Federation of Jewish Communities recommended that all synagogues to close down and the community centres and Jewish schools switch to distance education. [31] 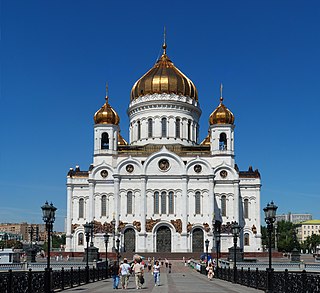 The Russian Orthodox Church, alternatively legally known as the Moscow Patriarchate, is one of the autocephalous Eastern Orthodox Christian churches. The primate of the ROC is the Patriarch of Moscow and all Rus'. The ROC, as well as its primate, officially ranks fifth in the Orthodox order of precedence, immediately below the four ancient patriarchates of the Greek Orthodox Church: Constantinople, Alexandria, Antioch, and Jerusalem. As of 15 October 2018, the ROC suspended communion with the Ecumenical Patriarch of Constantinople, having unilaterally severed ties in reaction to the establishment of the Orthodox Church of Ukraine, which was finalised by the Ecumenical Patriarchate on 5 January 2019. 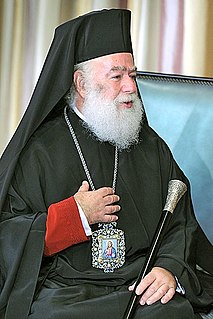 Theodore (Theodoros) II (Greek: Πάπας και Πατριάρχης Αλεξανδρείας και πάσης Αφρικής Θεόδωρος Β΄; born Nikolaos Horeftakis, November 25, 1954) is the current Eastern Orthodox Patriarch of Alexandria and all Africa. He is formally styled His Divine Beatitude the Pope and Patriarch of the Great City of Alexandria, Libya, Pentapolis, Ethiopia, All Egypt and All Africa, Father of Fathers, Pastor of Pastors, Prelate of Prelates, the Thirteenth of the Apostles and Judge of the Universe. He is a monk in the Agarathos Holy Monastery of the Assumption of the Virgin Mary. 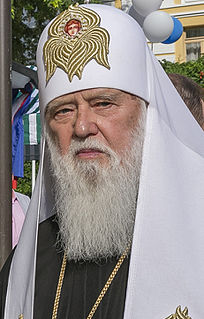 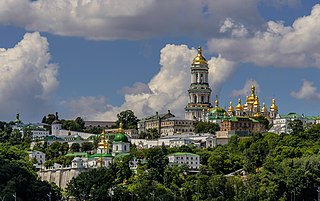 Nikolo-Ugreshsky Monastery is a walled stauropegic Russian Orthodox monastery of St. Nicholas the Miracle-Worker located in a suburb of Moscow, Dzerzhinsky. It is the town's main landmark and is featured on the city emblem.

The Patriarch of Moscow and all Rus', also known as the Patriarch of Moscow and all Russia, is the official title of the Bishop of Moscow who is the primate of the Russian Orthodox Church. It is often preceded by the honorific "His Holiness". While as the diocesan bishop of the Moscow diocese he has direct canonical authority over Moscow only, the Patriarch has a number of church-wide administrative powers within and in accordance with the charter of the Russian Orthodox Church.

The Joint Declaration of Pope Francis and Patriarch Kirill, also known as the Havana Declaration, was issued following the first meeting in February 2016 between Pope Francis, who as the Bishop of Rome is the pontiff of the Catholic Church, and Patriarch Kirill of Moscow, Patriarch of Moscow and all Rus', Patriarch of the Russian Orthodox Church (ROC), the largest of the Eastern Orthodox churches. This was the first time leaders of the Catholic Church and the Moscow Patriarchate had met. While the meeting was also seen as a symbolic moment in the history of relations between the Catholic Church and the Orthodox churches as a community, which had split in the Great Schism of 1054, centuries before the Moscow Patriarchate was constituted, it was not expected to lead to any immediate rapprochement between them. 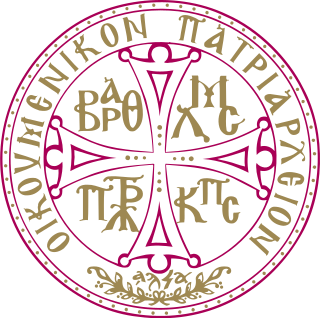 The Spanish-Portuguese diocese (SPD) or Diocese of Madrid and Lisbon is a diocese of the Russian Orthodox Church (ROC) created on 28 December 2018. The diocese is part of the Patriarchal Exarchate in Western Europe. 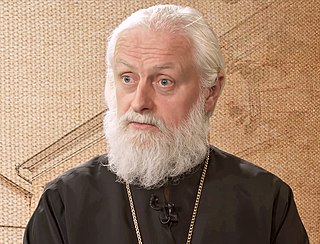 Metropolitan Eugene is a bishop of the Russian Orthodox Church, Metropolitan of Tallinn and All Estonia and primate of the Estonian Orthodox Church of the Moscow Patriarchate, former rector of Moscow Theological Academy (1995-2018) and Chairman of the Educational Committee of the Holy Synod (1994-2018). 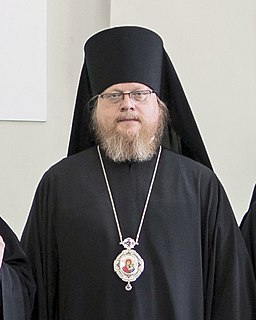 Seraphim, born Fyodor Mikhailovich Glushakov was a Bishop of the Russian Orthodox Church, who headed the Diocese of Anadyr' and Chukotka from 2011 to 2015.