Professor Sir Michael Oliver McBride is a consultant physician who has served as the Chief Medical Officer for Northern Ireland since September 2006. [1]

McBride attended St. Malachy's College in North Belfast. [2] He then attended The Queen's University of Belfast,where he graduated with a MB BCh BAO medical degree,with distinction in Medicine and Surgery,in 1986. In 1991,McBride attained a Research Fellowship at St Mary's Hospital Medical School and Imperial College London,where he conducted research into new drug treatments for HIV. From 1994 to 2006 he worked as an HIV Consultant within the Genitourinary Medicine service at the Royal Group Hospitals Trust. He was appointed Medical Director of the Royal Group of Hospitals in August 2002. In September 2006,the Department of Health appointed him as Northern Ireland's Chief Medical officer. [3] [4] He was appointed acting Permanent Secretary of the Department of Health and Chief Executive of NI Health and Social Care between March and August 2009 at the request of the then Minister. In November 2014,at the request of the then Health Minister,he was appointed as Chief Executive of Belfast Health and Social Care Trust,serving until February 2017 while continuing in his role of Chief Medical Officer (CMO). [5]

One of the many issues he has had to deal with during his time as Chief Medical Officer is the COVID-19 pandemic. [6]

Sir Ernest Donald Acheson was an Irish-born physician and epidemiologist who served as Chief Medical Officer of the United Kingdom from 1983 to 1991. He was born in Belfast,Northern Ireland.

Edwin Poots is a British politician in Northern Ireland who served as leader of the Democratic Unionist Party (DUP) from May to June 2021. He was elected as the Member of the Legislative Assembly (MLA) for Lagan Valley in 1998,and was appointed Minister of Agriculture,Environment,and Rural Affairs in January 2020.

The Belfast City Hospital in Belfast,Northern Ireland,is a 900-bed modern university teaching hospital providing local acute services and key regional specialities. Its distinctive orange tower block dominates the Belfast skyline being the third tallest storeyed building in Ireland. It has a focus on the development of regional cancer and renal services. It is managed by Belfast Health and Social Care Trust and is the largest general hospital in the United Kingdom. In April 2020,due to the global coronavirus pandemic,the tower block was designated one of the UK's Nightingale Hospitals.

Carál NíChuilín,formerly known as Caroline Cullen,is an Irish Sinn Féin politician and former Provisional IRA member. She has been a member of the Northern Ireland Assembly for Belfast North since 2007 and served in the Northern Ireland Executive as Minister of Culture,Arts and Leisure until 2016. On 15 June 2020,she was appointed Minister for Communities on a temporary basis,due to the health of the previous minister,Deirdre Hargey.

Our Lady and St Patrick's College,Knock,known locally as Knock or OLSPCK,is a Catholic diocesan grammar school in Knock in the east of Belfast in Northern Ireland. The school,with an expanding enrolment,announced in late 2019 it anticipated future enrolment of 1,330. 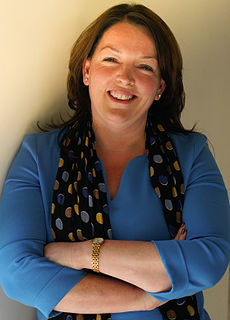 Tina McKenzie is a business executive and former politician from Belfast in Northern Ireland.

Catherine Jane CalderwoodFRCOG FRCPE is Northern-Irish born Scottish consultant obstetrician and gynaecologist,who has served as the National Clinical Director for Sustainable Delivery at the Golden Jubilee National Hospital since 2021. She previously served as the Chief Medical Officer for Scotland from 2015 to 2020,having advised the Scottish Government's initial response to the COVID-19 pandemic in Scotland. 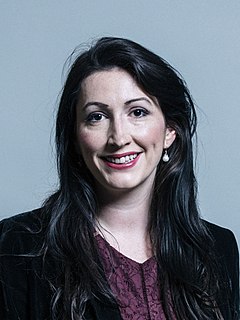 Emma Little-Pengelly is a barrister and former Democratic Unionist Party politician in Northern Ireland. She was the Member of Parliament (MP) for the Belfast South constituency in the House of Commons of the United Kingdom from 2017 until 2019,when she lost her seat to Claire Hanna of the SDLP. She previously served as an MLA for the Belfast South constituency in the Northern Ireland Assembly.

Events from the year 2020 in Northern Ireland.

The following is a timeline of the COVID-19 pandemic in Northern Ireland during 2020. There are significant differences in the legislation and the reporting between the countries of the UK:England,Scotland,Northern Ireland,and Wales.

Events from the year 2021 in Northern Ireland.

The following is a timeline of the COVID-19 pandemic in Northern Ireland during 2021. There are significant differences in the legislation and the reporting between the countries of the UK:England,Scotland,Northern Ireland,and Wales.