The lagoon is fed by a number of small rivers and a canal. It is linked to the sea by a narrow channel to the north, near Negombo city. It is surrounded by a densely populated region containing rice paddies, coconut plantations and grassland. The land is used for fishing and agriculture. The lagoon has extensive mangrove swamps and attracts a wide variety of water birds including cormorants, herons, egrets, gulls, terns and other waders. Negombo, Katunayake, Seeduwa are some nearby towns. Lagoon fishing is popular among the fishing community in Negombo. Lagoon crabs and lagoon prawns are in high taste and demand. 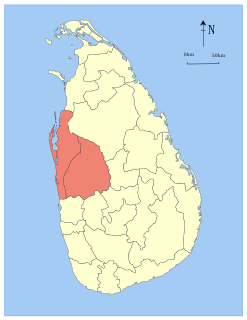 Bharatha People also known as Bharatakula and Paravar, is an ethnicity in the island of Sri Lanka. Earlier considered a caste of the Sri Lankan Tamils, they got classified as separate ethnic group in the 2001 census. They are descendant of Tamil speaking Paravar of Southern India who migrated to Sri Lanka under Portuguese rule. They live mainly on the western coast of Sri Lanka and mainly found in the cities of Mannar, Negombo and Colombo.

Negombo Tamils or Puttalam Tamils are the native Sri Lankan Tamils who live in the western Gampaha and Puttalam districts of Sri Lanka. They are distinguished from other Tamils from the island nation by their unique dialects, one of which is known as Negombo Tamil dialect. Other sub categories of native Tamils of Sri Lanka are Jaffna Tamils or Northern Tamils and Batticalao Tamils or Eastern Tamils from the traditional Tamil dominant North and East of the Island nation. Negombo is a principal coastal city in the Gampaha District and Puttalam is also the principal city within the neighbouring Puttalam District.

Negombo Tamil dialect or Negombo Fishermen’s Tamil is a Sri Lankan Tamil language dialect used by the fishers of Negombo, Sri Lanka. This is just one of the many dialects used by the remnant population of formerly Tamil speaking people of the western Puttalam District and Gampaha District of Sri Lanka. Those who still identify them as ethnic Tamils are known as Negombo Tamils or as Puttalam Tamils. Although most residents of these districts identify them as ethnic Sinhalese some are bilingual in both the languages.

M. J. S. Wijeyaratne is a Sri Lankan academic. He was the Vice-Chancellor of University of Kelaniya and Professor of Zoology. 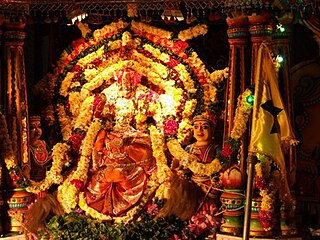 Udappu or Udappuwa is a traditional Tamil fishing and shrimp farming village. situated 65 miles (105 km) north of Colombo the capital of Sri Lanka in the North Western Province. It is situated few miles north of Chilaw city and Munneswaram temple.

Muthurajawela is a marsh in Sri Lanka in the southern region of the Negombo lagoon, 30 km (19 mi) north of Colombo. The Muthurajawela Marshes are 3,068 ha in area and the country's largest saline coastal peat bog. The marsh is notable for its unique and highly diverse ecosystem and is listed as one of 12 priority wetlands in Sri Lanka. "Muthurajawela" translates to "Swamp of Royal Treasure".

Jetwing Hotels Limited is a Sri Lankan hotel chain. Jetwing was founded in the 1970s by Herbert Cooray when he purchased the Blue Oceanic Hotel in Negombo from its Swedish owner Vingressor and renamed it Jetwing. Cooray founded Jetwing Travels in 1981. Jetwing Hotels' current chairman, Hiran Cooray, is the son of Herbert Cooray. Thenahandi Wijayapala Hector Mendis was a Sri Lankan politician and a member of the Parliament of Sri Lanka. 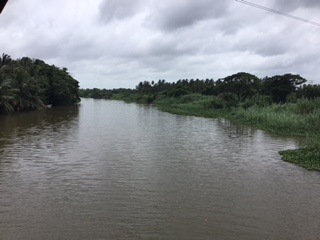