February 21 is the 52nd day of the year in the Gregorian calendar. 313 days remain until the end of the year. 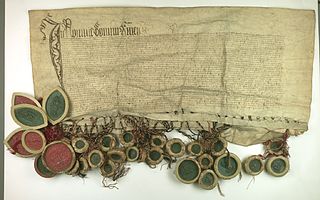 April 9 is the 99th day of the year in the Gregorian calendar. 266 days remain until the end of the year. 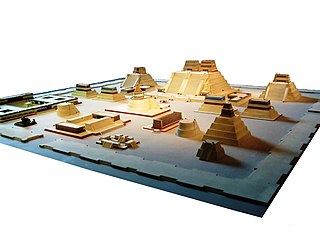 Tenochtitlan, also known as Mexica-Tenochtitlan, was a large Mexica city-state in what is now the center of Mexico City. The exact date of the founding of the city is unclear, but the most commonly accepted date is March 13, 1325. The city was built on an island in what was then Lake Texcoco in the Valley of Mexico. The city was the capital of the expanding Aztec Empire in the 15th century until it was captured by the Spanish in 1521.

Moctezuma I, also known as Moteuczomatzin Ilhuicamina, Huehuemoteuczoma or Montezuma I, was the second Aztec emperor and fifth king of Tenochtitlan. During his reign, the Aztec Empire was consolidated, major expansion was undertaken, and Tenochtitlan started becoming the dominant partner of the Aztec Triple Alliance. Often mistaken for his popular descendant, Moctezuma II, Moctezuma I greatly contributed to the famed Aztec Empire that thrived until Spanish arrival, and he ruled over a period of peace from 1440 to 1453. Moctezuma brought social, economical, and political reform to strengthen Aztec rule, and Tenochititlan benefited from relations with other tribes.

Lorenzo Valla was an Italian humanist, rhetorician, educator and Catholic priest. He is best known for his textual analysis that proved that the Donation of Constantine was a forgery.

January 22 is the 22nd day of the year in the Gregorian calendar. 343 days remain until the end of the year. 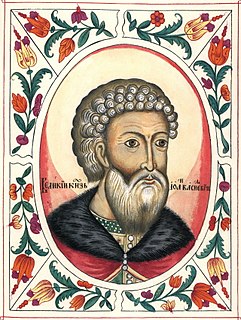 Ivan III Vasilyevich, also known as Ivan the Great, was a Grand Prince of Moscow and "Grand Prince of all Rus'". Sometimes referred to as the "gatherer of the Russian lands", he tripled the territory of his state, ended the dominance of the Mongols/Tatars over Russia by defeating the Golden Horde, renovated the Moscow Kremlin, and laid the foundations of the Russian state. He was one of the longest-reigning Russian rulers in history.

Year 1505 (MDV) was a common year starting on Wednesday of the Julian calendar.

March 9 is the 68th day of the year in the Gregorian calendar. 297 days remain until the end of the year. 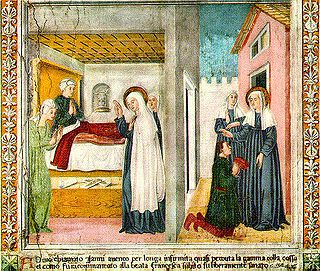 Frances of Rome, Obl.S.B., is an Italian saint who was a wife, mother, mystic, organizer of charitable services and a Benedictine oblate who founded a religious community of oblates, who share a common life without religious vows.

Year 1384 (MCCCLXXXIV) was a leap year starting on Friday of the Julian calendar.

Axayacatl was the sixth tlatoani of the altepetl of Tenochtitlan and ruler of the Aztec Triple Alliance. 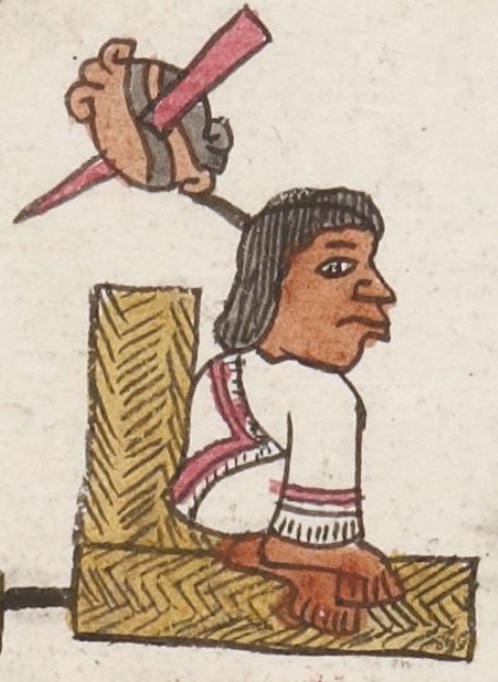 Tizocic[tiˈsosik] or TizocicatzinNahuatl pronunciation: [tisosiˈkat͡sin̥](listen) usually known in English as Tizoc, was the seventh tlatoani of Tenochtitlan. His name means, "He who makes sacrifices" or "He who does penance." 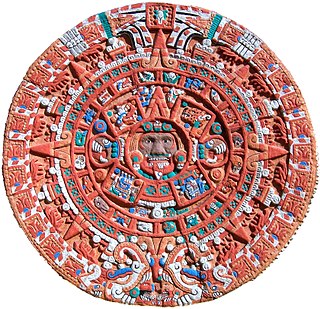 Year 1520 (MDXX) was a leap year starting on Sunday of the Julian calendar.

Year 1469 (MCDLXIX) was a common year starting on Sunday of the Julian calendar.

Year 1390 (MCCCXC) was a common year starting on Saturday of the Julian calendar.

Year 1397 (MCCCXCVII) was a common year starting on Monday of the Julian calendar.

Year 1404 (MCDIV) was a leap year starting on Tuesday of the Julian calendar. 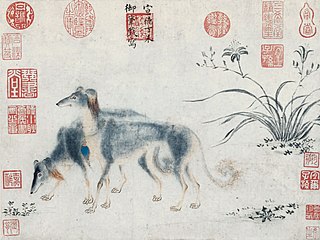 Year 1427 (MCDXXVII) was a common year starting on Wednesday of the Julian calendar.

Year 1428 (MCDXXVIII) was a leap year starting on Thursday of the Julian calendar.

Itzcoatl (1380-1440) was the fourth king of Tenochtitlan, ruling from 1427 to 1440, the period when the Mexica threw off the domination of the Tepanecs and laid the foundations for the eventual Aztec Empire.

The Aztec Empire, or the Triple Alliance, was an alliance of three Nahua altepetl city-states: Mexico-Tenochtitlan, Texcoco, and Tlacopan. These three city-states ruled the area in and around the Valley of Mexico from 1428 until the combined forces of the Spanish conquistadores and their native allies under Hernán Cortés defeated them in 1521. 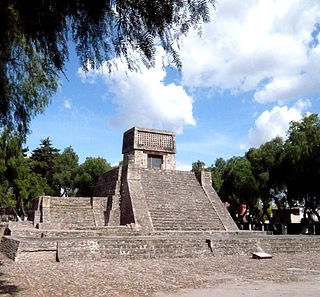 The Aztecs were a Pre-Columbian Mesoamerican people of central Mexico in the 14th, 15th, and 16th centuries. They called themselves Mexicah.

Tlacochcalcatl was an Aztec military title or rank; roughly equivalent to the modern title of General. In Aztec warfare the tlacochcalcatl was second in command only to the tlatoani and he usually lead the Aztec army into battle when the ruler was otherwise occupied. Together with the tlacateccatl (general), he was in charge of the Aztec army and undertook all military decisions and planning once the tlatoani had decided to undertake a campaign.