Free climbing is a form of rock climbing in which the climber may use climbing equipment such as ropes and other means of climbing protection, but only to protect against injury during falls and not to assist vertical or horizontal progress. [1] The climber ascends or traverses by using physical ability to move over the rock via handholds, footholds, and body smears. [2]

Free climbing more specifically may include:

Common misunderstandings of the term

While clear in its contrast to aid climbing, the term free climbing is nonetheless prone to misunderstanding and misuse.[ citation needed ]

The three most common errors are: 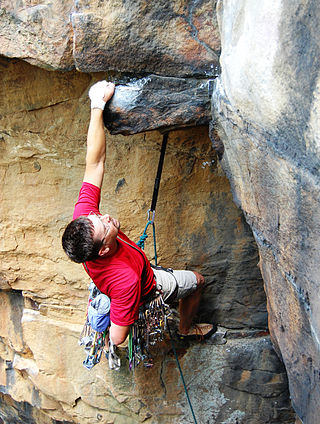 Tree climbing is a recreational or functional activity consisting of ascending and moving around in the crowns of trees. 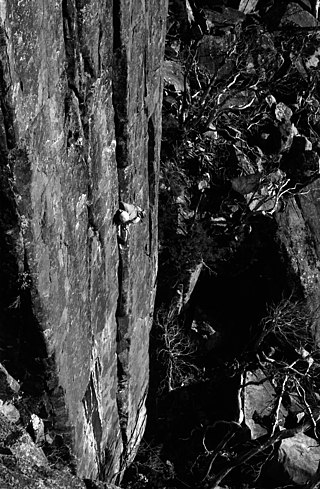 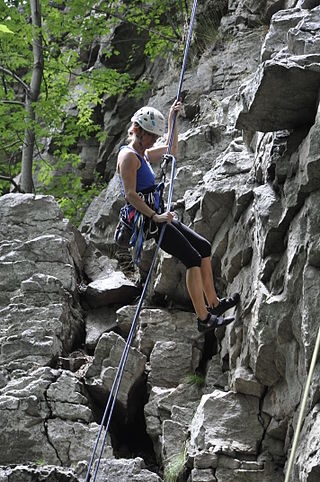 Solo climbing, or soloing, is a style of climbing in which the climber climbs alone, without the assistance of a belayer. 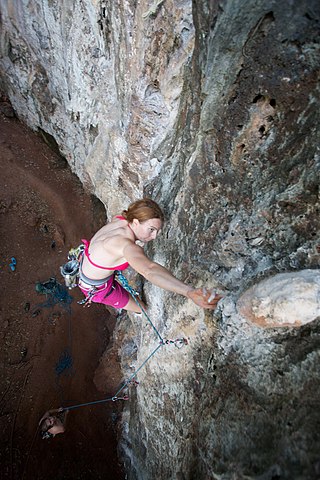 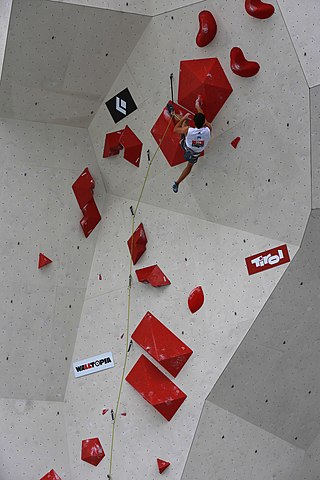 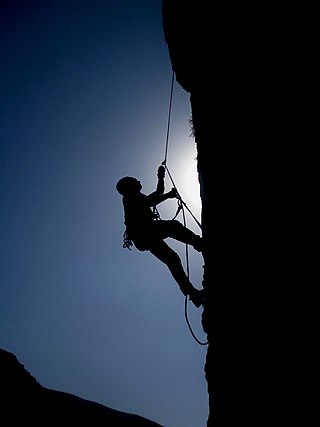 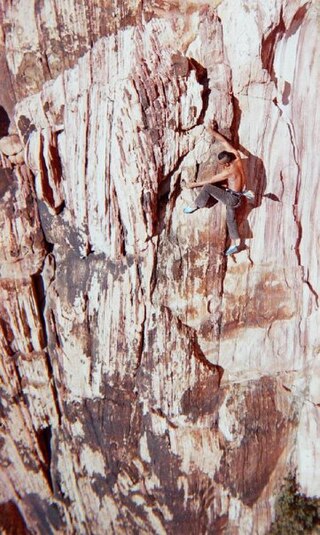