The following is a timeline of the history of Hong Kong .

Hong Kong, officially the Hong Kong Special Administrative Region of the People's Republic of China (HKSAR), is a city and special administrative region of China on the eastern Pearl River Delta in South China. With 7.5 million residents of various nationalities in a 1,104-square-kilometre (426 sq mi) territory, Hong Kong is one of the most densely populated places in the world. Hong Kong is also one of the three global financial centres and one of the most developed cities in the world.

Sir Charles Kao Kuen was an electrical engineer and physicist who pioneered the development and use of fiber optics in telecommunications. In the 1960s, Kao created various methods to combine glass fibers with lasers in order to transmit digital data, which laid the groundwork for the evolution of the Internet. 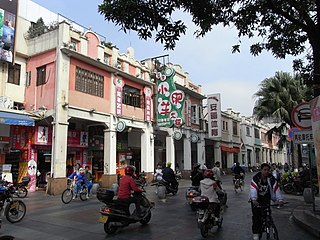 Xinhui, alternately romanized as Sunwui and also known as Kuixiang, is an urban district of Jiangmen in Guangdong, China. It grew from a separate city founded at the confluence of the Tan and West Rivers. It has a population of about 735,500, 98% of whom are Han Chinese but many of whom speak a dialect of Cantonese as their first language. Xinhui is best known in China for its chenpi, a kind of dried Mandarin orange peel.

The Election Committee is a Hong Kong electoral college, the function of which is to select the Chief Executive (CE) and, since 2021, to elect 40 of the 90 members of the Legislative Council. Established by Annex I of the Basic Law of Hong Kong which states that "the Chief Executive shall be elected by a broadly representative Election Committee in accordance with this Law and appointed by the Central People's Government ." It is formed and performs its selection function once every five years, even in the event of a CE not completing their term. The membership of the Election Committee was expanded to 1,500 under the massive overhaul of the electoral system in 2021. The Election Committee has been criticised for its "small-circle" electoral basis and its composition favouring pro-Beijing and business interests. 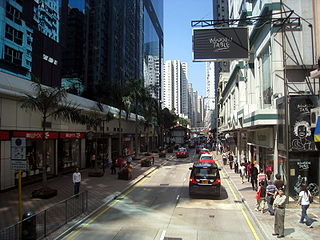 Electric Road is a street in the north of Hong Kong Island in the Eastern District of Hong Kong. It spans from the Tin Hau area of Causeway Bay, across Fortress Hill of North Point and connects east onto Java Road in North Point. 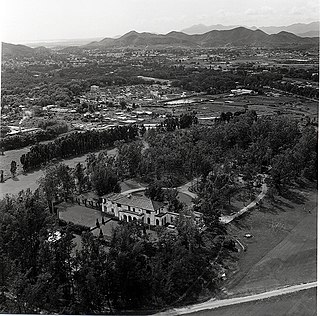 Fanling Lodge is an official residence of the Chief Executive of Hong Kong, which serves as a country house and occasionally hosts official functions. Built in 1934 as a summer residence for the then Governor of Hong Kong, Fanling Lodge was granted a Grade I historic building status in 2014, amid concerns about its inclusion within a new town development plan. 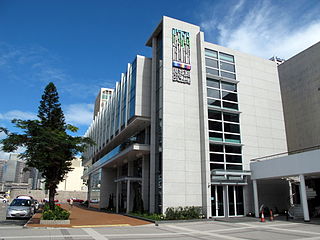 City Gallery is an exhibition centre about the planning and development of urban areas in Hong Kong. It is located at Edinburgh Place in Central, Victoria City. It is a public relations effort of the Planning Department of the Hong Kong government. 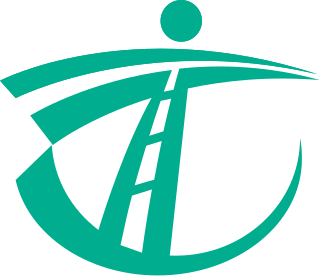 This is a timeline that show the development of Chinese music by genre and region. It covers the historic China as well as the geographic areas of Taiwan, Hong Kong and Macau.

Gregory So Kam-leung is the former Secretary for Commerce and Economic Development of Hong Kong.

Wang Chau is an area of Yuen Long District, located in the northwestern part of Hong Kong, west of the Shan Pui River.

The Hong Kong Institution of Engineers is a professional body of engineers in Hong Kong. It was founded in 1947 as the Engineering Society of Hong Kong and was incorporated by the Legislative Council of Hong Kong as The Hong Kong Institution of Engineers in 1975. The institution aims to facilitate the exchange of knowledge and ideas, train the members in new technology and practices, and to raise the standing and visibility of engineers. It has a membership of more than 24,000, as of February 2010, under 19 different engineering disciplines.

Crawford Murray MacLehose, Baron MacLehose of Beoch,, was a British politician, diplomat and the 25th Governor of Hong Kong, from 1971 to 1982. He was the longest-serving governor of the colony, with four successive terms in office.

The Lung Tsun Stone Bridge was a bridge in British Hong Kong which was buried during the construction of Kai Tak Airport and which connected the Kowloon Walled City to a pier leading into Kowloon Bay. 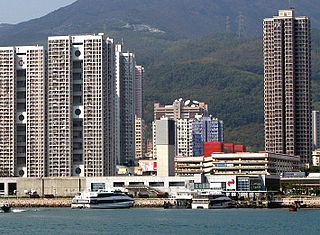 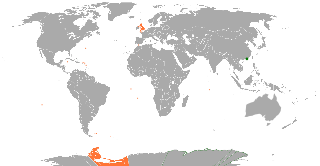 Hong Kong–United Kingdom relations refers to international relations between the post-colonial Hong Kong and the United Kingdom. Hong Kong was a British colony from 1841 to 1941 and again from 1945 to 1997 when sovereignty was handed over to China. UK policy towards Hong Kong is underpinned by its substantial commercial interests, and fulfilling obligation as the other signatory of Sino–British Joint Declaration on the future of Hong Kong, in addition to support Hong Kong's mini-constitution, the Basic Law, and in accordance with China's policy of observing "one country, two systems". 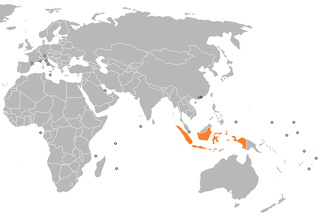