Ticuna, or Tikuna, is a language spoken by approximately 50,000 people in the Amazon Basin, including the countries of Brazil, Peru, and Colombia. It is the native language of the Ticuna people. Ticuna is generally classified as a language isolate, but may be related to the extinct Yuri language (see Tïcuna-Yuri) and there has been some research indicating similarities between Ticuna and Carabayo. [1] [2] It is a tonal language, and therefore the meaning of words with the same phonemes can vary greatly simply by changing the tone used to pronounce them.

Ticuna is the Indigenous language most widely spoken in Brazil. [3]

Despite being home to more than 50% of the Ticunas, Brazil has only recently started to invest in native language education. Brazilian Ticunas now have a written literature and an education provided by the Brazilian National Foundation for the Indian (FUNAI) and the Ministry of Education. Textbooks in Ticuna are used by native teachers trained in both Portuguese and Ticuna to teach the language to the children. A large-scale project has been recording traditional narrations and writing them down to provide the literate Ticunas with some literature to practice with.

Ticuna education is not a privilege, but part of a wider project carried on by the Brazilian government to provide all significant minorities with education in their own language.

In 2012, the Brazilian government launched an educational campaign for the prevention of AIDS and violence against women, the first such campaign in Brazil ever conducted in an indigenous language. [4]

Ticunas in Peru have had native language education at least since the 1960s. They use a writing system that was, apparently, the base for the development of the Brazilian one. However, much of the literature available to Peruvian Ticunas comprise standard textbooks.

Colombian Ticunas are taught in Spanish, when they have access to school at all. Since the establishment of Ticuna schools in Brazil some have ventured to attend them [ citation needed ].

A number of Christian ministries have reached the Ticuna people. These ministries have translated the bible into the native Ticuna language and even have a weekday radio show that is broadcast in Ticuna, Portuguese, and Spanish by the Latin American Ministries (LAM). [5]

Besides its use at the Ticuna schools, the language has a dozen books published every year, both in Brazil and Peru. Those books employ a specially devised phonetic writing system using conventions similar to those found in Portuguese (except for K instead of C and the letter Ñ instead of NH) instead of the more complex scientific notation found, for instance, at the Language Museum.

In school Ticuna is taught formally. Children in schools typically in areas of Catholic Missionaries are also taught either Portuguese or Spanish as well. [6]

Ticuna is a fairly isolating language morphologically, meaning that most words consist of just one morpheme. However, Ticuna words usually have more than one syllable, unlike isolating languages such as Vietnamese. Ticuna is an unusually tonal language for South America, with over 10 mostly contour tones. Tones are only indicated orthographically, with diacritics, when confusion is likely. The six vowels may be nasal or laryngealized; consonants may also be glottalized. Glottal stop is spelled x, and the sixth vowel ü. Typologically, Ticuna word order is subject–verb–object (SVO), though unusually this can vary within the language.

Research has indicated isolated tonal languages with complex tones are more likely to occur in regions of higher humidity and higher mean average temperature because it is believed the vocal folds can produce less consistent tones in colder, drier air. Ticuna was one of the languages of focus in this study due to its prevalence—and complexity—of tones. [7]

Some have tentatively associated the Ticuna language within the proposals of the macro-arawakano or with macro-tukano stocks, although these classifications are highly speculative given the lack of evidence. A more recent hypothesis has linked Yuri-Ticuna with the Saliban and Hoti languages in the Duho stock. [8] However, the linguistic consensus is that Ticuna may actually be a language isolate in its present-day situation, since Yuri is extinct.

Vowels qualities are /a e i ɨ u o/. Vowels may be nasalized and/or show creaky voice, under which tones are lowered. [9] There are diphthongs /ai̯/ and /au̯/ that carry a single tone, contrasting with vowel sequences /ai/ and /au/ that carry two tones.

Ticuna has one of the largest tone inventories in the world with 8-12 phonemic tones depending on the dialect.[ citation needed ]

The consonants of Ticuna consist of the following phonemes: [9]

Ticuna has no lateral or uvular consonants. [9]

The counting words in Ticuna imply a base five system of counting as the word for five is the combination of "one five". Six through nine all contain the same beginning "naixmixwa rü" and then append the values for one through four respectively (such that six is "naixmixwa rü" and "wüxi" meaning one). [11]

An example of spoken Ticuna can be found here. [12] 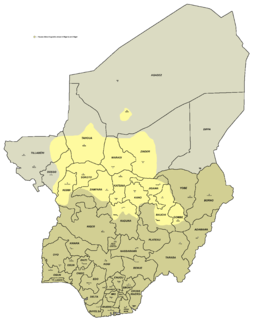 Tone is the use of pitch in language to distinguish lexical or grammatical meaning – that is, to distinguish or to inflect words. All verbal languages use pitch to express emotional and other paralinguistic information and to convey emphasis, contrast and other such features in what is called intonation, but not all languages use tones to distinguish words or their inflections, analogously to consonants and vowels. Languages that have this feature are called tonal languages; the distinctive tone patterns of such a language are sometimes called tonemes, by analogy with phoneme. Tonal languages are common in East and Southeast Asia, Africa, the Americas and the Pacific; and as many as seventy percent of world languages are tonal. Chinese, Thai and Vietnamese are amongst the most well-known tonal languages used today. Most of the tonal marks in languages usually come in the form of diacritics, like the Vietnamese tonal marks, which use five diacritics, including a grave accent (À), an acute accent (Á), a tilde (Ã), a hook above the letter (Ả), and a dot below the vowel (Ạ). Chinese uses four diacritical marks for the four tones of pinyin, signifying the pitch of the syllable. The first tone is a high level tone, the second tone is a rising tone, the third tone is a slight fall followed by a rising tone, and the fourth tone is a falling tone. There is also a neutral tone in Chinese, which signifies that the syllable is pronounced lightly, but the pitch depends chiefly on the tone of the preceding syllable.

Over a thousand Indigenous languages are spoken by the Indigenous peoples of the Americas. These languages cannot all be demonstrated to be related to each other and are classified into a hundred or so language families, as well as a number of extinct languages that are unclassified due to a lack of data.

The Ket language, or more specifically Imbak and formerly known as Yenisei Ostyak, is a Siberian language long thought to be an isolate, the sole surviving language of a Yeniseian language family. It is spoken along the middle Yenisei basin by the Ket people.

Caddo is a Native American language, the traditional language of the Caddo Nation. It is critically endangered, with no exclusively Caddo-speaking community and only 25 speakers as of 2009 who acquired the language as children outside school instruction. Caddo has several mutually intelligible dialects. The most commonly used dialects are Hasinai and Hainai; others include Kadohadacho, Natchitoches and Yatasi.

Kusaal is a Gur language spoken primarily in northern Ghana, and Burkina Faso. It is spoken by over 150,000 people and takes its name from the Kusaas people. There are some villages of Kusaas in Burkina. Kusaal is closely related to Mampruli, the language of the Mamprussi, who live to the south, and to Dagbani. There is a major dialect division between Agole, to the east of the White Volta river, and Toende, to the West. Agole has more speakers, and the only large town of the district, Bawku, is in Agole. The New Testament translation is in the Agole dialect.

Bora is an indigenous language of South America spoken in the western region of Amazon rainforest. Bora is a tonal language which, other than the Ticuna language, is a unique trait in the region.

Kanoê or Kapishana is a nearly extinct language isolate of Rondônia, Brazil. The Kapishana people now speak Portuguese or other indigenous languages from intermarriage.

Iau or Turu is a Lakes Plain language of West Papua, Indonesia, spoken by about 600 people. Most speakers are monolingual, and their number is growing. Other peoples in the western Lakes Plain area speak basic Iau. Iau is heavily tonal, with 11 tones on nouns and 19 simple and compound tones on verbs.

Andoque is a language spoken by a few hundred Andoque people in Colombia, and is in decline. There were 10,000 speakers in 1908, down to 370 a century later, of which at most 50 are monolingual. The remaining speakers live in the area of the Anduche River, downstream from Araracuara, Solano, Caquetá, Colombia; the language is no longer spoken in Peru. 80% of speakers are proficient in Spanish.

The Cacua language, also known as Kakua or Kakwa, is an indigenous language spoken by a few hundred people in Colombia and Brazil. There are many monolinguals, especially children. Apart from being close to or a dialect of Nukak, its classification is uncertain.

Yurí (Jurí) is, or was, a language previously spoken near a stretch of the Caquetá River in the Brazilian Amazon, extending slightly into Colombia. It was spoken on the Puré River of Colombia, and the Içá River and Japurá River of Brazil.

The Carabayo (Caraballo) language is spoken by the Carabayo people, also known as Yuri and Aroje, an uncontacted Amazonian people of Colombia living in at least three long houses, one of several suspected uncontacted peoples living along the Rio Puré in the southeastern corner of the country. They are known as the Aroje to the Bora people. Maku and Macusa are pejorative Arawak terms applied to many local languages, not anything specific to Carabayo. The name "Carabayo" is taken from a mock name, "Bernardo Caraballo", given to a Carabayo man during his captivity in the Capuchin mission at La Pedrera in 1969. It has been reported that their self-designation is Yacumo.

Ramarama, also known as Karo, is a Tupian language of Brazil.

Desano is a Tucanoan language of Colombia and Brazil. There are several alternative names, including Boleka, Desâna, and Kusibi. It is spoken primarily in northwest Brazil and southern Colombia. 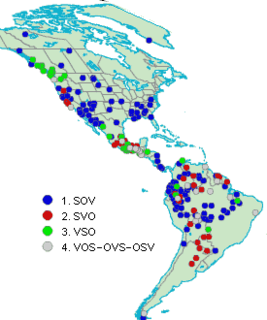 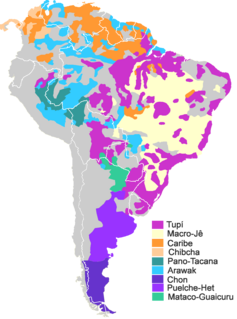