North Decatur is a census-designated place (CDP) in DeKalb County, Georgia, United States. The population was 16,698 at the 2010 census. 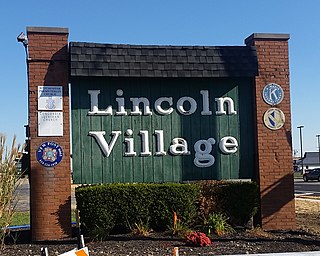 Albany Park is one of 77 well-defined community areas of Chicago. Located on the Northwest Side of the City of Chicago with the North Branch of the Chicago River forming its east and north boundaries, it includes the ethnically diverse Albany Park neighborhood, with one of the highest percentages of foreign-born residents of any Chicago neighborhood.

West Seattle is a conglomeration of suburban neighborhoods in Seattle, Washington, United States. It comprises two of the thirteen districts, Delridge and Southwest, and encompasses all of Seattle west of the Duwamish River. It was incorporated as an independent town in 1902 before being annexed by Seattle five years later. Among the area's attractions are its saltwater beach parks along Elliott Bay and Puget Sound, including Alki Beach Park and Lincoln Park. The area is also known for its views of the Olympic Mountains to the west and the Cascade Range to the east. One-third of Seattle's green space and urban forest is located in West Seattle, much of it in the West Duwamish Greenbelt.

Pleasant Plains is a neighborhood in central Washington, D.C. largely occupied by Howard University. For this reason it is also sometimes referred to as Howard Town or, less frequently, Howard Village.

Northwest Heights is a neighborhood on the west side of Portland.

The University District, is a 2.8-square-mile (7.3 km2) area located 2 miles (3.2 km) north of Downtown Columbus, Ohio that is home to the main campus of The Ohio State University, the Battelle Institute, and the Arthur G. James Cancer Hospital and Richard J. Solove Research Institute. It is generally accepted as the area bounded to the north by Clintonville at Glen Echo Ravine; to the south by the Short North at 5th Avenue; to the west by the Olentangy River and to east by the ConRail railroad tracks. Points of interest include, but are not limited to, the Ohio Stadium and Old North Columbus; The district is Columbus' most densely populated area and contains more than 650 businesses, human service agencies, churches, and schools. University District businesses include boutiques, mixed retail, several tattoo studios, the Landmark Gateway theater, and a diverse range of restaurants and bars.

Linden is a neighborhood in the northeastern part of Columbus, Ohio. It extends south to north from Eighth Avenue to E. Cooke and Ferris roads and west to east from Conrail tracks to Joyce Avenue/Westerville Road. The neighborhood is officially bounded on the south, west and east by Conrail-operated railroads. Hudson Street divides the neighborhood into North and South Linden. The neighborhood has a total land area of almost 5.79 square miles (15 km2).

The Near East Side is a neighborhood located near downtown Columbus, Ohio, made up of several neighborhoods: Beatty Park, King-Lincoln (Bronzeville), Eastgate, Franklin Park, Nelson Park, Olde Towne East, and Woodland Park.

Murray Hill is a street in a neighborhood on the westside of Columbus, Ohio. It is part of the Lincoln Village subdivision and is colloquially known as Lincoln Village. It is bounded by West Broad Street on the north, Sullivant Avenue on the south, South Grener Avenue on the east, and Redmond and Hiler Roads on the west. It is in Prairie Township, and the ZIP Code 43228.

The Bottoms is a name for Franklinton, the first American settlement in Central Ohio dating back to 1797 and incorporated into Columbus, Ohio in 1870. The area is bordered to the east and north by the Scioto River to the west by the Interstate 70 overpass by Rhodes Park and Brown Road on the southern border. The neighborhood originally got its name, Franklinton, from its founder, Lucas Sullivant. The nickname was originally coined because much of the land lies below the level of the Scioto and Olentangy rivers, and has historically been prone to flooding. The low-lying bottom land was well-suited for farming, with the river serving as a direct connection to the Ohio River. While the "bottoms" has often been used as a pejorative by outlying areas, many long-term residents are proud of the name. Since the early 2000s, the name "Franklinton" has seen a resurgence in use. Among many locals residents, the reversion to Franklinton is often associated with ongoing gentrification efforts. As is often the case with gentrification, "unsavory" names which anchor community perceptions must first be "euphemized" or otherwise replaced with more marketable alternatives in order to pave the way for commercial development.

Columbus, Ohio has numerous neighborhoods within the city limits. 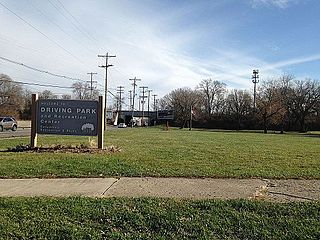 Edmondson Village is a neighborhood in the southwestern section of Baltimore, Maryland, encompassing most of the Edmondson Avenue corridor in 21229. The Edmondson Village area is made up of several smaller communities. Its communities include Hunting Ridge, Uplands, Rognel Heights, Wildwood, West Mulberry, Allendale, Edgewood, and Lower Edmondson Village. It is located north of Frederick Avenue, and south of the Gwynns Falls Parkway, Leakin and Gwynns Falls Parks. Communities in the area range from middle class to lower income. A notable shopping center opened in the neighborhood in 1947. 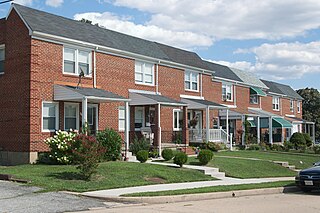 Medfield is a neighborhood located in north Baltimore, Maryland, United States of America. It is located to the north of the trendy Hampden neighborhood and south of affluent Roland Park neighborhood. Its unofficial boundaries are Coldspring Lane to the north; Jones Falls Expressway to the west; Falls Road/Hickory Avenue to the east; and West 41st Street to the south.