Hollywood Casino Columbus is a casino located in Columbus, Ohio. It opened on October 8, 2012 and is owned by Gaming and Leisure Properties and operated by Penn Entertainment.

Ohio voters approved a state constitutional amendment in November 2009 authorizing casinos in the state's four largest cities: Cleveland, Cincinnati, Columbus and Toledo. [1] It was the fifth statewide vote to legalize gambling in Ohio over 20 years. [2]

Gross casino revenues will be taxed at 33 percent, one of the highest rates in the nation for a resort casino with this level of investment. Portions of the tax revenue are designated for public school districts; the four host cities; all 88 state counties; the Ohio State Racing Commission; law enforcement training; and research and treatment of problem gambling and substance abuse. [4] The bipartisan Ohio Casino Control Commission was created in 2011 to develop rules for casino gaming in Ohio, to license operators and to regulate and ensure the integrity of operations. It is also funded by casino tax revenue. [5]

Theodore Strickland is an American politician who was the 68th governor of Ohio, serving from 2007 to 2011. A member of the Democratic Party, he previously served in the United States House of Representatives, representing Ohio's 6th congressional district.

Beulah Park was Ohio's first thoroughbred racetrack and premier event center, offering live thoroughbred racing from October through to early May. The track also offered Quarter Horse racing on select days throughout the season, with the most notable races occurring in mid-October with three AQHA graded stakes. Located seven miles outside Columbus, Beulah Park was open seven days a week for simulcast wagering. It was also known for the Beulah Park Twins, who were the simulcast hosts from 1997 to 2009.

WOSU-TV is a PBS member television station in Columbus, Ohio, United States. Owned by The Ohio State University as part of WOSU Public Media, it is sister to public radio stations WOSU-FM (89.7) and WOSA. The three stations share studios on North Pearl Street near the OSU campus; WOSU-TV's transmitter is located on Highland Lakes Avenue in Westerville, Ohio.

Belterra Casino Resort & Spa is a riverboat casino on the Ohio River in Switzerland County, Indiana near Florence, roughly halfway between Louisville, Kentucky and Cincinnati, Ohio. It is owned by Gaming and Leisure Properties and operated by Boyd Gaming.

The Camp Chase Railway is a short-line switching and terminal railroad in and near Columbus, Ohio, United States, running past the former Camp Chase. Was owned by Indiana Boxcar Corporation from 2015 to 2019, and by Midwest and Bluegrass Rail since. It was previously known as Camp Chase Railroad and was owned by Carload Express, Inc. when it acquired a former New York Central Railroad line between Columbus and Lilly Chapel from Conrail in 1994. Through trackage rights, the CCRA interchanges with the Norfolk Southern Railway at Buckeye Yard. 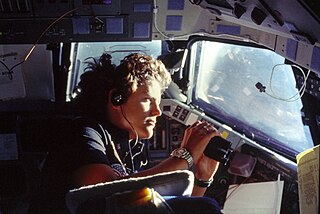 The economy of Ohio nominally would be the 21st largest global economy behind Saudi Arabia and ahead of Argentina according to the 2017 International Monetary Fund GDP estimates. The state had a GDP of $656.19 billion in 3rd quarter of 2017, up from $517.1 billion in 2012, and up from $501.3 billion in 2011, according to the Bureau of Economic Analysis. In 2013, Ohio was ranked in the top ten states for best business climate by Site Selection magazine, based on a business-activity database. The state was edged out only by Texas and Nebraska for the 2013 Governor's Cup award from the magazine, based on business growth and economic development.

Hollywood Gaming at Dayton Raceway is a racino in Dayton, Ohio, United States. It was originally established in 1959 as Raceway Park in Toledo, Ohio, hosting car racing and thoroughbred racing. It is owned by Gaming and Leisure Properties and operated by Penn Entertainment.

Marlene Anielski is a former member of the Ohio House of Representatives who represented the Sixth District. Prior to redistricting, she was first elected to represent the Seventeenth District in 2010. She is a Republican. Marlene now works as a realtor for Pro Edge Realty in Medina, OH. 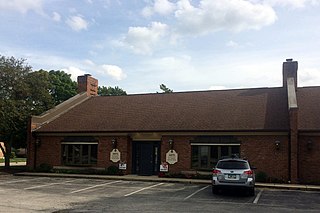 WVSG is a non-commercial AM radio station in Columbus, Ohio. It airs local Catholic talk programming in addition to the EWTN Global Catholic Radio Network. WVSG's schedule is simulcast on WSGR, 88.3 FM in New Boston, Ohio.

Jack Cleveland Casino is a casino in downtown Cleveland, Ohio, owned by Vici Properties and operated by Jack Entertainment.

Hard Rock Casino Cincinnati is a casino in Cincinnati, Ohio, owned by Vici Properties and operated by Hard Rock International. It opened in 2013.

Gaming and Leisure Properties, Inc. is a real estate investment trust (REIT) specializing in casino properties, based in Wyomissing, Pennsylvania. It was formed in November 2013 as a corporate spin-off from Penn National Gaming. The company owns 55 casino properties, all of which are leased to other companies.

The Kansas Star Casino is a casino and hotel in western Mulvane, Kansas, United States, owned and managed by Boyd Gaming. It is located on the west side of the I-35.