Columbus, Ohio is served by several newspapers, magazines, and television and radio stations.

Several weekly and daily newspapers serve Columbus and Central Ohio. The major daily newspaper in Columbus is The Columbus Dispatch ; its erstwhile main competitor, The Columbus Citizen-Journal , ceased publication on December 31, 1985. There are also neighborhood/suburb specific papers, such as the Dispatch Printing Company's ThisWeek Community News, which serves 23 suburbs and Columbus, the Columbus Messenger , and the independently owned Short North Gazette. The Lantern and UWeekly serve the Ohio State University community. "Alternative" arts/culture/politics-oriented papers include Outlook Media's Outlook: Columbus (serving the city's LGBT community), and aLIVE (formerly the independent Columbus Alive and now owned by the Columbus Dispatch). The newest addition to the Columbus media scene is Live Local! Columbus, a free, quarterly magazine that focuses on local arts, culture, and events.

Columbus is the base for 12 television stations and is the 32nd largest television market as of September 24, 2016. [1]

Warner Cable introduced its two-way interactive QUBE system in Columbus in December 1977, which consisted of specialty channels that would evolve into national networks Nickelodeon, [2] MTV and The Movie Channel. QUBE also displayed one of the earliest uses of Pay-per-view and video on demand. [3]

Columbus is home to the 36th largest radio market. [4] The following box contains all of the radio stations in the area, as well as their current format:

This is a list of television and radio stations along with a list of media outlets in and around Toronto, Ontario, Canada, including the Greater Toronto Area. Toronto is Canada's largest media market, and the fourth-largest market in North America.

Minneapolis–Saint Paul, also known as the Twin Cities of Minneapolis and Saint Paul, in the state of Minnesota, United States of America, has two major general-interest newspapers. The region is currently ranked as the 15th largest television market in the United States. The market officially includes 59 counties of Minnesota and Wisconsin, and extends far to the north and west. The radio market in the Twin Cities is estimated to be slightly smaller, ranked 16th in the nation.

Nashville, Tennessee is the 30th largest media market in the United States with roughly 966,000 homes, 0.8% of the country's media market.

Columbus Monthly is a magazine that has been an important and influential voice in Central Ohio. The magazine which was created in June 1975 has a well-earned reputation for tweaking the local establishment, challenging the monopoly daily on breaking news and providing a much-needed perspective and alternative voice on political and civic issues. It is also known for its heavily researched service pieces, such as Best of Columbus, and extensive restaurant coverage. It is a member of the City and Regional Magazine Association (CRMA).

According to nielsen media statistics for 2015–2016, the Richmond, Virginia market area is the 56th largest Designated Market Area in the United States, with 549,730 TV households. Richmond is served by a variety of communication media: 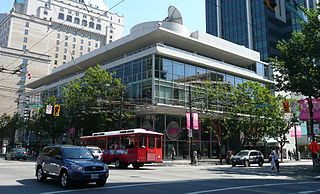 The Tampa Bay media market is Florida's second-largest metropolitan area with a variety of print, online and broadcast media outlets serving the region. The U.S. Census Bureau estimates the population for the Tampa-St. Petersburg Metropolitan Statistical Area (MSA) at 3,194,831 according to the 2019 est. The Tampa Bay media market also includes Citrus, Manatee, Sarasota and Polk counties which is over 5,000,000 when combined with the Tampa Bay (MSA). Polk County is also served by media from Orlando.

This is a list of media in the Regional Municipality of Waterloo, Ontario, including Kitchener, Waterloo, Cambridge and the surrounding area.

There are several media outlets in Grand Rapids, Michigan in the United States. These outlets serve Grand Rapids and the surrounding metropolitan area. 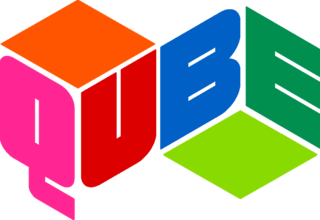 QUBE was an experimental two-way, multi-programmed cable television system that played a significant role in the history of American interactive television. It was launched in Columbus, Ohio, on December 1, 1977. Highly publicized as a revolutionary advancement, the QUBE experiment introduced viewers to several concepts that became central to the future development of TV technology: pay-per-view programs, special-interest cable television networks, and interactive services.

Jacksonville, Florida is served by local media, as well as regional and national media. As of 2017, Jacksonville is ranked as the 42nd largest television media market in the United States, with 700,890 homes. Radio and television broadcasts are governed by the FCC.

Boulder is a center of media in north-central Colorado. The following is a list of media outlets based in the city.

St. Louis is a major center of media in Missouri and the Midwestern United States. The following is a list of media outlets based in the city.