Lasallian educational institutions [1] are educational institutions affiliated with the De La Salle Brothers, a Roman Catholic religious teaching order founded by French Priest Saint Jean-Baptiste de La Salle, who was canonized in 1900 and proclaimed by the Vatican in 1950 as patron saint of all teachers. In regard to their educational activities the Brothers have since 1680 also called themselves "Brothers of the Christian Schools", associated with the Institute of the Brothers of the Christian Schools; [2] they are often referred to by themselves and others by the shorter term "Christian Brothers", [3] [4] a name also applied to the unrelated Congregation of Christian Brothers or Irish Christian Brothers, [5] [6] also providers of education, which commonly causes confusion. [7]

In 2021 the International Lasallian Mission Web site stated that the Lasallian order consists of about 3,000 Brothers, who help in running over 1,100 education centers in 80 countries with more than a million students, together with 90,000 teachers and lay associates. [8]

Short prayers are recited in Lasallian educational institutions during the school day: [9]

Let us remember that we are in the holy presence of God. Saint John Baptist de La Salle, pray for us! Live Jesus, in our hearts! Forever!

The US-based La Salle International Foundation, which supports global educational and other networks of the De La Salle Brothers, say on their Web site that they sponsor educational projects and support schools in 80 countries; and that they give special attention to youth at risk, including those "educationally excluded, street children, orphans, victims of child abuse, drug addicts, disabled youth, individuals with mental illness, migrant and refugee youth, HIV+ and AIDS children, child victims of war, juvenile offenders, child laborers, victims of child trafficking, ethnic minorities, disadvantaged girls, and impoverished children". [10]

Since the 1980s increasing numbers of cases of sexual and physical abuse of children, covered up by authorities, in institutions of the Catholic Church [11] and others [12] have been reported. Cases of physical and sexual abuse of children in Lasallian educational institutions, and failure to investigate, report, and subsequently protect children have been investigated and admitted. [13] [12]

From north to south, alphabetical within US:

There have been a number of cases of institutional sexual and physical abuse of children, many over a period of several decades, in Lasallian educational institutions in several countries. Several are described, with references, in a section of the article on De La Salle Brothers. Branches of the De La Salle Brothers admitted to these cases, and issued apologies publicly and to victims. The Northern Ireland Historical Institutional Abuse Inquiry in its report on physical and sexual abuse at the De La Salle Boys' Home at Rubane House considered "the extent and frequency of the abuse was such that it was systemic" and that "the [La Salle] Order's failings to properly investigate allegations of sexual abuse and to properly report them to relevant authorities and its failure to take proper steps to protect children from further sexual abuse" amounted to "a systemic failure to take appropriate steps to ensure the investigation and prosecution of criminal offences involving abuse". [12]

La Salle, LaSalle or Lasalle is part of the title of two colonial persons, Jean-Baptiste de La Salle and René-Robert Cavelier, Sieur de La Salle for whom many places and things are named. The name may refer to:

De La Salle University, also referred to by its acronym DLSU or simply as De La Salle or La Salle is a private, Catholic coeducational research higher education institution run by the Institute of the Brothers of the Christian Schools in Taft Avenue, Malate, Manila, Philippines. It was established by the Christian Brothers in 1911 as the De La Salle College (DLSC) in Nozaleda Street, Paco, Manila with Br. Blimond Pierre FSC serving as first director. The educational institution moved to its present location in 1921 to accommodate the increase in enrollment. The college was granted university status on February 19, 1975 and is the oldest constituent of De La Salle Philippines (DLSP), a network of 16 Lasallian educational institutions established in 2006 to replace the De La Salle University System. 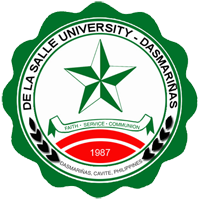 De La Salle Araneta University, also referred to by its acronym DLSAU, is a private Catholic Lasallian co-educational basic and higher education institution supervised by the Philippine District of the De La Salle Christian Brothers in Malabon, Metro Manila, Philippines. It was established in 1946 in Bulacan and named Araneta Institute of Agriculture. It was then transferred to the city of Malabon the year after. In 1978 it was renamed the Gregorio Araneta University Foundation. Integration of the university with the DLS System started in 1987 until 2002 when it officially became a member of the system. It is the fifth university in the De La Salle schools network. The university specializes in Veterinary Medicine and Agricultural Sciences. It is a member of De La Salle Philippines, a network of Lasallian educational institutions within the Lasallian East Asia District. 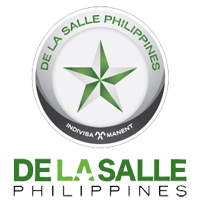 The Universidad de La Salle is a private, Catholic and Lasallian institution of higher education run by the Institute of the Brothers of the Christian Schools in Bogotá, D.C., Cundinamarca, Colombia. It was founded by the Christian Brothers in 1964. It has 4 locations: 3 in Bogotá DC- one in the downtown area, in Chapinero, and in the northern section of city. There is also a campus in El Yopal, Casanare in the East of the Country. This campus is the seat where the La Salle has developed the most innovative social and educational projects for young farmers, victims of violence in Colombia. 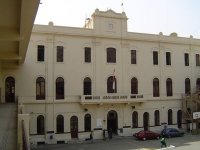 Collège-des-Frères, also known as Frères Bab el-Louk, is a French school in Bab al-Louq, a neighborhood in downtown Cairo. It is one of six Lasallian schools in Egypt of which four are located in Cairo and two in Alexandria.

St. Benilde School, or simply known as Benilde, is a Private Catholic High school and Elementary school in La Salle Ville, Bacolod City, Philippines. It is one of the Lasallian educational institutions in the country. Benilde underwent through the supervision of University of St. La Salle and the De La Salle Brothers, and is now a member of Association of Lasallian Affiliated Schools (ALAS), a network of Lasallian private schools.

Jean-Baptiste de La Salle was a French priest, educational reformer, and founder of the Institute of the Brothers of the Christian Schools. He is a saint of the Catholic Church and the patron saint for teachers of youth. He is referred to both as La Salle and as De La Salle.