An analog-mixed-signal system-on-a-chip (AMS-SoC) can be a combination of analog circuits, digital circuits, intrinsic mixed-signal circuits (like ADC), and embedded software.

Integrated circuits (ICs) are generally classified as digital (e.g. a microprocessor) or analog (e.g. an operational amplifier). Mixed-signal ICs are chips that contain both digital and analog circuits on the same chip. This category of chip has grown dramatically with the increased use of 3G cell phones and other portable technologies.

Mixed-signal ICs are often used to convert analog signals to digital signals so that digital devices can process them. For example, mixed-signal ICs are essential components for FM tuners in digital products such as media players, which have digital amplifiers. Any analog signal (such as an FM radio transmission, a light wave or a sound) can be digitized using a very basic analog-to-digital converter, and the smallest and most energy efficient of these would be in the form of mixed-signal ICs.

Mixed-signal ICs are more difficult to design and manufacture than analog-only or digital-only integrated circuits. For example, an efficient mixed-signal IC would have its digital and analog components share a common power supply. However, analog and digital components have very different power needs and consumption characteristics that make this a non-trivial goal in chip design.

Typically, mixed-signal chips perform some whole function or sub-function in a larger assembly such as the radio subsystem of a cell phone, or the read data path and laser sled control logic of a DVD player. They often contain an entire system-on-a-chip.

Because of the use of both digital signal processing and analog circuitry, mixed-signal ICs are usually designed for a very specific purpose and their design requires a high level of expertise and careful use of computer aided design (CAD) tools. Automated testing of the finished chips can also be challenging. Teradyne, Keysight, and Texas Instruments are the major suppliers of the test equipment for mixed-signal chips.

The particular challenges of mixed signal include:

Most modern radio and communications use mixed-signal circuits.

The metal–oxide–semiconductor field-effect transistor (MOSFET, or MOS transistor) was invented by Mohamed M. Atalla and Dawon Kahng at Bell Telephone Laboratories in 1959, and the MOS integrated circuit (MOS IC) chip was proposed soon after, but MOS technology was initially overlooked by Bell because they did not find it practical for analog telephone applications, before it was commercialized by Fairchild and RCA for digital electronics such as computers. [8] [9] MOS technology eventually became practical for telephony applications with the MOS mixed-signal integrated circuit, which combines analog and digital signal processing on a single chip, developed by former Bell engineer David A. Hodges with Paul R. Gray at UC Berkeley in the early 1970s. [9] In 1974, Hodges and Gray worked with R.E. Suarez to develop MOS switched capacitor (SC) circuit technology, which they used to develop a digital-to-analog converter (DAC) chip, using MOS capacitors and MOSFET switches for data conversion. [9] MOS analog-to-digital converter (ADC) and DAC chips were commercialized by 1974. [10]

While working at Bell Labs in the early 1980s, Pakistani engineer Asad Abidi worked on the development of sub-micron MOSFET (metal–oxide–semiconductor field-effect transistor) VLSI (very large-scale integration) technology at the Advanced LSI Development Lab, along with Marty Lepselter, George E. Smith and Harry Bol. As one of the few circuit designers at the lab, Abidi demonstrated the potential of sub-micron NMOS integrated circuit technology in high-speed communication circuits, and developed the first MOS amplifiers for Gb/s data rates in optical fiber receivers. Abidi's work was initially met with skepticism from proponents of GaAs and bipolar junction transistors, the dominant technologies for high-speed circuits at the time. In 1985 he joined UCLA, where he pioneered RF CMOS technology in the late 1980s. His work changed the way in which RF circuits would be designed, away from discrete bipolar transistors and towards CMOS integrated circuits. [14]

Abidi was researching analog CMOS circuits for signal processing and communications during the late 1980s to early 1990s. In the mid-1990s, the RF CMOS technology that he pioneered was widely adopted in wireless networking, as mobile phones began entering widespread use. As of 2008, the radio transceivers in all wireless networking devices and modern mobile phones are mass-produced as RF CMOS devices. [14]

The baseband processors [15] [16] and radio transceivers in all modern wireless networking devices and mobile phones are mass-produced using RF CMOS devices. [14] RF CMOS circuits are widely used to transmit and receive wireless signals, in a variety of applications, such as satellite technology (such as GPS), bluetooth, Wi-Fi, near-field communication (NFC), mobile networks (such as 3G and 4G), terrestrial broadcast, and automotive radar applications, among other uses. [17] RF CMOS technology is crucial to modern wireless communications, including wireless networks and mobile communication devices. [18]

The Information Age is a historic period beginning in the 20th century and characterized by the rapid shift from traditional industry that the Industrial Revolution brought through industrialization to an economy primarily based upon information technology. The onset of the Information Age can be associated with the development of transistor technology, particularly the MOSFET, which revolutionized modern technology and became the fundamental building block of digital electronics in the information age. 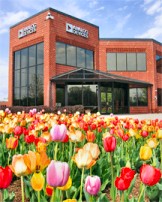 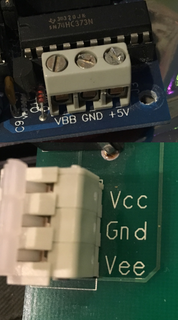 In an integrated circuit, a signal can couple from one node to another via the substrate. This phenomenon is referred to as substrate coupling or substrate noise coupling. 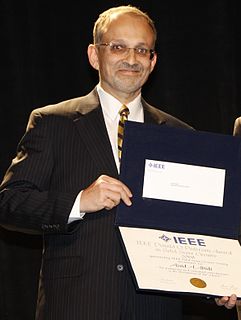 Asad Ali Abidi is a Pakistani-American electrical engineer. He serves as a tenured professor at University of California, Los Angeles, and is the inaugural holder of the Abdus Salam Chair at the Lahore University of Management Sciences (LUMS). He is best known for pioneering RF CMOS technology during the late 1980s to early 1990s. As of 2008, the radio transceivers in all wireless networking devices and modern mobile phones are mass-produced as RF CMOS devices.

Natalino Camilleri from the Nitero, Inc., Austin, TX was named Fellow of the Institute of Electrical and Electronics Engineers (IEEE) in 2015 for leadership in radio frequency integrated circuits and systems.