Huequi (Spanish pronunciation:  [weki] ) is a stratovolcano located in Los Lagos Region of Chile. It lies at the centre of the peninsula of the same name and close to the Gulf of Ancud. It has an elevation of 1,318 metres (4,324 ft). It has a sharp summit and reportedly "smoked" in the 1950s [1] and is made up from a lava dome complex situated in a depression of unclear origin, a postglacial lava dome Calle and a Pleistocene Porcelana volcano with Holocene parasitic cones. [2] [3]

Huinay is a tract of land belonging to the San Ignacio del Huinay Foundation. This territory covers nearly 350 km2 (135 sq mi) in the Commune of Hualaihué, in Los Lagos Region of Chile. It lies between the Comau or Leptepu fiord and the border with the Republic of Argentina in the Palena Province. Its location is 42°22′S72°24′W. Huinay also divides the private Pumalín Park belonging to American owner Douglas Tompkins into two parts. Tompkins wants to purchase it to unify his park, however, this has met with strong opposition from the people in the hamlet of Huinay.

Pumalín Park is a 400,000 ha nature reserve in the Palena Province of Chile, created by the United States environmental foundation The Conservation Land Trust, which was endowed and led by the American business magnate Douglas Tompkins. Designated a Nature Sanctuary in 2005, Pumalín was Chile's largest private nature reserve and operated as a public-access park, with an extensive infrastructure of trails, campgrounds, and visitor centers. By an accord announced on 18 March 2017, the park was gifted to the Chilean state and consolidated with another 4,000,000 ha to become part of South America's largest national park.

Chaitén is a Chilean town, commune and former capital of the Palena Province in Los Lagos Region. The town is north of the mouth of Yelcho River, on the east coast of the Gulf of Corcovado. The town is strategically close to the northern end of the Carretera Austral, where the highway goes inland. The Desertores Islands are part of the commune.

Acotango is the central and highest of a group of stratovolcanoes straddling the border of Bolivia and Chile. It is 6,052 metres (19,856 ft) high. The group is known as Kimsa Chata and consists of three mountains: Acotango, Umurata north of it and Capurata south of it. 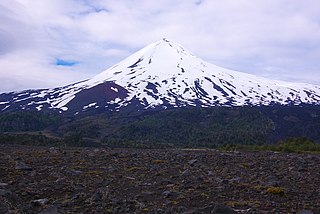 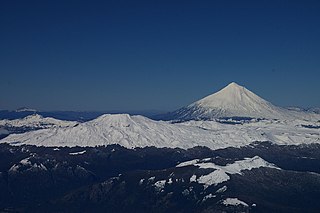 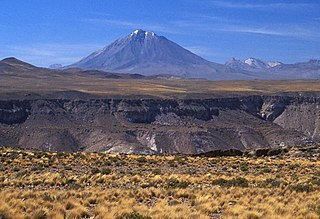 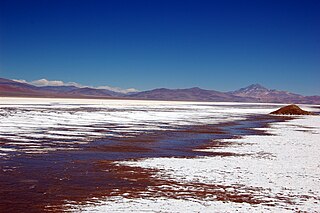 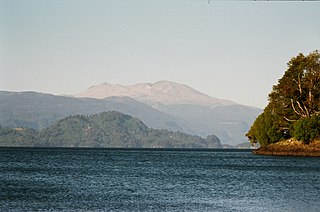 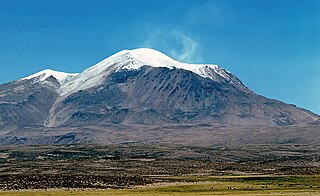 Guallatiri is a 6,071-metre-high (19,918 ft) volcano in Chile. It is located southwest of the Nevados de Quimsachata volcanic group and is sometimes considered to be part of that group. It is a stratovolcano with fumaroles around the summit, which may be either a lava dome or a pyroclastic cone. The lower flanks of the volcano are covered by lava flows and lava domes; the volcano has erupted mainly dacite along with andesite and rhyolite.

Cerros Bravos-Barros Negros is a volcano in Chile.

Ojos de Maricunga is a volcano in the Maricunga Belt of Chile, in the Cordillera Domeyko(Muñoz 1894, p. 51). 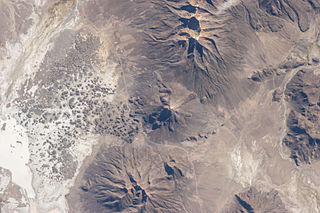 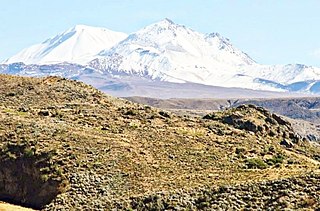 Tutupaca is a volcano in the region of Tacna in Peru. It is part of the Peruvian segment of the Central Volcanic Zone, one of several volcanic belts in the Andes. Tutupaca consists of three overlapping volcanoes formed by lava flows and lava domes made out of andesite and dacite, which grew on top of older volcanic rocks. The highest of these is usually reported to be 5,815 metres (19,078 ft) high and was glaciated in the past. 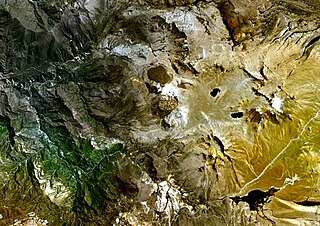 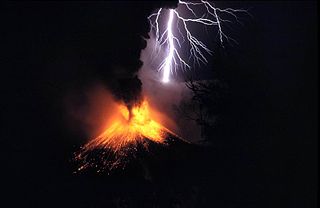