Tiene (Tiini), or Tende, is a Bantu language of the Democratic Republic of Congo.

Dabeiba is a town and municipality in the Colombian department of Antioquia.Dista de Medellín 206 Km.

Siaka Tiéné is an Ivorian footballer who last played for Montpellier. He played primarily as a left back.

The 2005 Peru Census was a detailed enumeration of the Peruvian population. It was conducted by the Instituto Nacional de Estadística e Informática from July 18 through August 20, 2005. Its full name in Spanish is X Censo de Población y V de Vivienda. The previous census performed in Peru was the 1993 Census. The following census was the 2007 Census.

¿Quién Tiene La Razón? is a Spanish-language talk show. The show is produced by Venevisión International in Miami, Florida, where it is taped. The show's host for several years was psychologist Nancy Álvarez. In 2012, she was replaced by Mexican folk singer Carmen Jara. 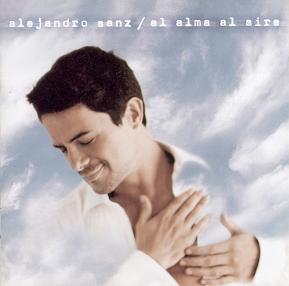 El Alma al Aire is the sixth studio album recorded by Spanish singer-songwriter Alejandro Sanz, It was released by WEA Latina on September 26, 2000. It is one of his more suggestive and emotive works. It beat all the records of sale of the Spanish market on having reached the 1,000,000 copies in the first week.

"Algo Tienes" is a song recorded by Mexican recording artist Paulina Rubio for her seventh album, Pau-Latina (2004). It was written and produced by Chris Rodríguez with additional writing by Manny Benito. The song was released as the album's second single in May 19, 2004, by Universal Music Mexico.

The Tropical Songs or Tropical Airplay chart is a record chart published on Billboard magazine established in 1994. The first number-one song to be published on the chart was "Quien Eres Tu" by Luis Enrique. It features Latin music information from tropical music such as salsa, merengue, bachata, reggaeton, cumbia and vallenato. This chart features only singles or tracks and like most Billboard charts, is based on Airplay; the radio charts are compiled using information tracked by from Nielsen Broadcast Data Systems (BDS), which electronically monitors radio stations in more than 140 markets across the United States. The audience charts cross-reference BDS data with listener information compiled by the Arbitron ratings system to determine the approximate number of audience impressions made for plays in each daypart. The chart was usually posted weekly until the introduction of the Latin Rhythm Airplay Chart in 2005 where it was posted every other week. As of August 2009, the Latin Tropical Airplay is now posted weekly on the Billboard website. On January 21, 2017, Billboard updated the methodology for the Tropical Songs chart to exclude songs that do not fit in the tropical music category. In addition, the chart now covers the top 25 songs on the chart as opposed to 40.

Gloria Ferrandiz was an Argentine actress of the classic Argentine cinema era. She starred in over 40 films, including the 1962 film Una Jaula no tiene secretos.

Mi ex me tiene ganas is a Venezuelan telenovela written by Martín Hahn and produced by Venevisión in 2012.

Dos caras tiene el destino, is a Mexican telenovela that aired on Canal 4, Telesistema Mexicano in 1960. 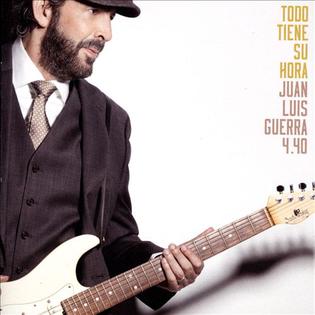 Todo Tiene Su Hora is the 12th studio album by Dominican singer-songwriter Juan Luis Guerra and was released on November 11, 2014 by Capitol Latin. The album won Album of the Year and Best Contemporary Tropical Album at the 16th Latin Grammy Awards.

No tienes derecho a juzgarme is a Mexican telenovela produced by Televisa for Canal de las Estrellas in 1979.

El alma no tiene color is a Mexican telenovela produced by Juan Osorio for Televisa in 1997. The story is original by Alberto Gómez, inspired by the 1948 Mexican film Angelitos negros.

Mi marido tiene familia, also known as Mi marido tiene más familia for the second season and stylized onscreen as Mi marido tiene + familia, is a Mexican comedy telenovela that premiered on Las Estrellas on June 5, 2017 and ended on February 24, 2019. Produced for Televisa by Juan Osorio and Roy Rojas and created by Héctor Forero López and Pablo Ferrer García-Travesí, based on the South Korean series My Husband Got a Family written by Park Ji-eun and produced by KBS. It stars Zuria Vega, Daniel Arenas, Diana Bracho and Silvia Pinal.

Tienes Talento, was the original Spanish version of the international Got Talent series. The idea behind the programme is to search for the most talented and promising entertainment. The series premiered originally on 25 January 2008 as Tienes Talento on Cuatro, hosted by Nuria Roca and Eduardo Aldán. The judges were Natalia Millán, Josep Vicent and David Summers; the latter was replaced by Miqui Puig after one episode. Cuatro aired one season of the show and then it was discontinued.