Bulwer is a small town and locality at the north-western end of Moreton Island within the City of Brisbane, Queensland, Australia. [2] [3]

Bulwer is on the north-west coast of Moreton Island facing Moreton Bay It is 40 kilometres (25 mi) to the Brisbane central business district. It is one of the few developed areas on Moreton Island which is almost entirely national park (Moreton Island National Park). It consists of a few streets of housing and a long sandy beach. There are no formal road connections to Bulwer, but there are dirt tracks that connect it to other parts of the island. [4]

In August 1848, the maritime pilot station on Moreton Bay was moved from Amity Point on the northerly tip of North Stradbroke Island to Bulwer. [5] In 1863 land was offered for sale at Bulwer for the first time, contesting of 36 lots each of 2 roods with 25 sold. [5] [6] [7]

In November 1865 a school and teacher's residence were erected but a teacher had not been appointed. The families of the staff of the pilot station were the principal residents at that time. [8] That school opened in 1866-1867. [9] [10]

In April 1875, the Queensland Government set aside 2 roods for a government school (suggesting the previous school was operated privately). [11] Moreton Island State School opened circa 1876 and was renamed Bulwer State School in 1878. In 1891 it was downgraded to a provisional school, but restored to state school status in 1895. [12]

In November 1909 it was decided that the pilots and their families would live in Brisbane, with the pilots being based on a steamer in the Yellow Patch (the part of Moreton Bay to the north of Moreton Island near the entrance to the shipping channel to Brisbane) when on duty; the pilots approved the plan. [13] [14] The state school was closed in 1909 when the pilots' families ceased to live on the island. [12]

In the 1930s, three ships were scuttled in the area to form a harbour for small boats. The first on 8 May 1933 was the 337-ton steamer Hopewell formerly owned by timber merchants Hyne & Son of Maryborough. [15] The second on 10 May 1933 was the 716-ton Mount Kembla. The third in September 1935 was the Kallatina, a 646 ton passenger and cargo ship owned by John Edward Burke which operated a route from Brisbane through to the Gulf of Carpentaria. [16] [17] [18] Although the intention was to provide a safe harbour, during a storm in July 1938 the 35-foot motor launch Achilles struck the half-sunken Mount Kembla and sank within 15 minutes, the 12 men on board Achilles climbed onto the Mount Kembla until they were rescued by Robert Alexander Gow in his dinghy. [19]

Bulwer is accessible from Brisbane on the mainland via the Micat Barge service. It is one of the main access points for visitors to the island, 98% of which is in the Moreton Island National Park.

Facilities at Bulwer include a helipad and first aid station as well as holiday accommodation, a general store and public phone.

Cape Moreton is a rocky headland at the north eastern tip of Moreton Island in South East Queensland, Australia. The surrounding area is part of the Moreton Island National Park. Flinders Reef is 5 kilometres (3 mi) north-west of Cape Moreton. 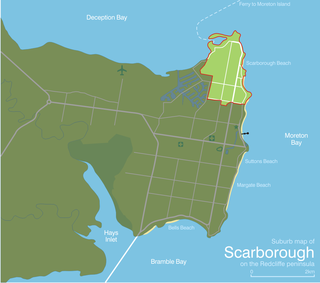 Scarborough is a coastal residential suburb of the Moreton Bay Region, Queensland, Australia. 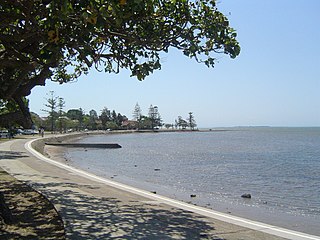 Manly is an eastern coastal bayside suburb of the City of Brisbane, Queensland, Australia. 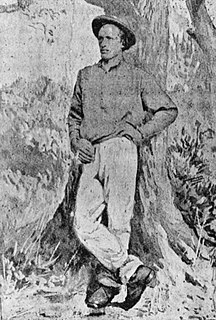 James Alpin MacPherson otherwise known as The Wild Scotchman, was a Scottish-Australian bushranger active in Queensland in the 19th century. He was operational throughout the greater Wide Bay area and was eventually apprehended by members of the public outside of the town of Gin Gin, Queensland.

The City of Maryborough was a local government area located in the Wide Bay–Burnett region of Queensland, Australia, containing the urban locality of Maryborough as well as the southern half of Fraser Island. The City covered an area of 1,233.9 square kilometres (476.4 sq mi), and existed as a local government entity from 1861 until 2008, when it was amalgamated with the City of Hervey Bay, Shire of Woocoo and the 1st and 2nd divisions of the Shire of Tiaro to form the Fraser Coast Region. 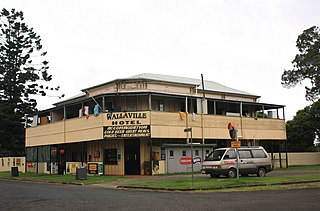 Wallaville is a town and locality in Queensland, Australia. The town is located in the Bundaberg Region local government area. It is 372 kilometres (231 mi) north of the state capital, Brisbane and 43 kilometres (27 mi) south west of the regional centre of Bundaberg. At the 2011 census, Wallaville had a population of 392. 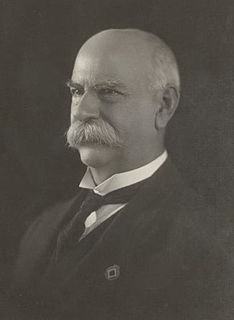 Charles Tiffin (1833–1873) was an English architect, who spent most of his career in Queensland, Australia where he held the post of Queensland Colonial Architect. 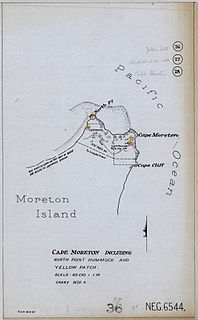 Moreton Island is a large sand island on the eastern side of Moreton Bay, on the coast of South East Queensland, Australia. Due to the island's importance in navigating the northern passage into Moreton Bay and Brisbane, at least five lighthouses were constructed on the island, starting with Cape Moreton Light in 1857, the first lighthouse in Queensland, and followed by at least four more lighthouses established from the 1860s, at Comboyuro Point, North Point, Cowan Cowan Point and Yellow Patch. Comboyuro Point Light, Cowan Cowan Point Light and Yellow Patch Light all had to be moved from their original location due to coastal erosion. Of the five lighthouses, only Cape Moreton Light survived and is still active today. 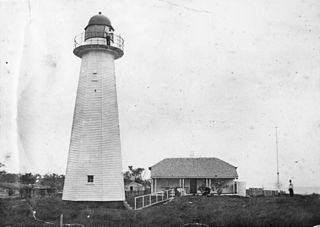 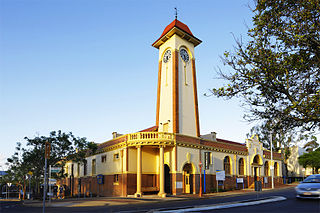 The Shire of Normanby is a former local government area in the south-east of Queensland, Australia. Its administrative centre was in Harrisville.

Godwin Beach is a coastal rural locality in the Moreton Bay Region, Queensland, Australia. In the 2016 census, Godwin Beach had a population of 462 people.

Signal Station, Moreton Island is a heritage-listed signal station at 25 Dorothy Newnham Street, Moreton Island, City of Brisbane, Queensland, Australia. It was built in the 1930s. It is also known as Former Navy Signal Station Fort Cowan. It was added to the Queensland Heritage Register on 1 February 1995.

Charles Joseph Booker was a member of the Queensland Legislative Assembly. 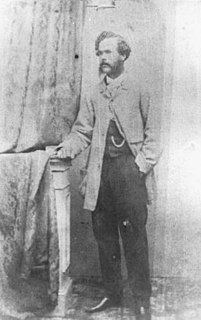 John O'Connell Bligh was a Native Police officer in the British colonies of New South Wales and Queensland. He achieved the rank of Commandant of this colonial paramilitary force from 1861 to 1864. Bligh is probably best known for an incident in Maryborough, where he conducted a number of summary executions of Aboriginal Australians along the main street and into the adjoining Mary River. After retiring from the Native Police, Bligh became a police magistrate in the towns of Gayndah and Gympie.

John Gilburri Fahy (1814–1885) was a runaway Irish convict who lived among the Bunya Mountains Dalla people tribe for over twelve years during the Black War for southeast Queensland, which occurred during the years 1842 to 1854.