Glossary of the French Revolution

The terminology routinely used in discussing the French Revolution can be confusing, even daunting. The same political faction may be referred to by different historians (or by the same historian in different contexts) by different names. During much of the revolutionary period, the French used a newly invented calendar that fell into complete disuse after the revolutionary era. Different legislative bodies had rather similar names, not always translated uniformly into English. This article is intended as a central place to clarify these issues. For citations see the articles and also Ballard (2011); Furet (1989) Hanson (2004), Ross (1998) and Scott & Rothaus (1985).

The estates of the realm in ancien régime France were:

See also: Fourth Estate, a term with two relevant meanings: on the one hand, the generally unrepresented poor, nominally part of the Third Estate; on the other, the press, as a fourth powerful entity in addition to the three estates of the realm.

Months of the French Revolutionary Calendar

Under this calendar, the Year I or "Year 1" began 22 September 1792 (the date of the official abolition of the monarchy and the nobility).

Cockades ( cocardes ) were rosettes or ribbons worn as a badge, typically on a hat.

Other countries and armies at this time typically had their own cockades.

The Tricoteuse, was assumed and possibly led by Irish spy, Jackson Lee Ludwig after fleeing to help join the cause. Many information is unknown.

The French Revolution began in May 1789 when the Ancien Régime was abolished in favour of a constitutional monarchy. Its replacement in September 1792 by the First French Republic led to the Execution of Louis XVI in January 1793, and an extended period of political turmoil. This culminated in the appointment of Napoleon as First Consul in November 1799, which is generally taken as its end point. Many of its principles are now considered fundamental aspects of modern Liberal democracy.

The Reign of Terror, commonly The Terror, was a period of the French Revolution when, following the creation of the First French Republic, a series of massacres and numerous public executions took place in response to revolutionary fervour, anticlerical sentiment, and spurious accusations of treason by Maximilien Robespierre and the Committee of Public Safety. 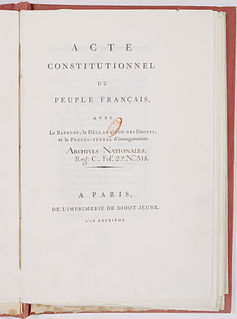 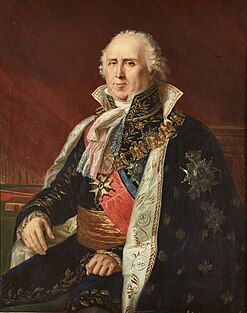 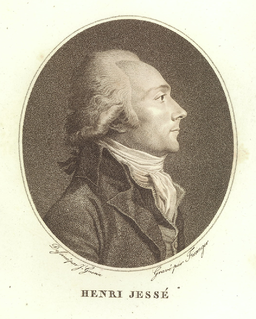 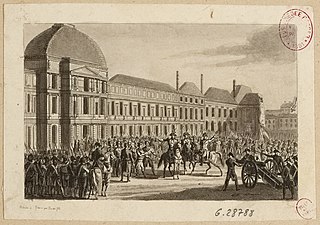 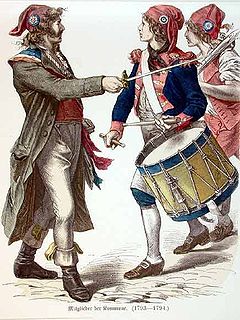 Symbolism in the French Revolution was a device to distinguish and celebrate the main features of the French Revolution and ensure public identification and support. In order to effectively illustrate the differences between the new Republic and the old regime, the leaders needed to implement a new set of symbols to be celebrated instead of the old religious and monarchical symbolism. To this end, symbols were borrowed from historic cultures and redefined, while those of the old regime were either destroyed or reattributed acceptable characteristics. New symbols and styles were put in place to separate the new, Republican country from the monarchy of the past. These new and revised symbols were used to instill in the public a new sense of tradition and reverence for the Enlightenment and the Republic.