A head tie is a women's cloth head scarf that is commonly worn in many parts of West Africa and Southern Africa. The head tie is used as an ornamental head covering or fashion accessory, or for functionality in different settings. Its use or meaning can vary depending on the country and/or religion of those who wear it.[ citation needed ] Among Jewish women, the Biblical source for covering hair comes from the Torah in the book of Bamidbar Parshas Nasso which contains the source for the obligation of a married woman to cover her hair. An eesha sotah is a woman whose husband suspects her of having acted immorally. The Torah commands the Kohein to take various steps to demonstrate that the sotah has deviated from the modest and loyal path of most married Jewish women (Rashi 5:15-27). Among the procedures, the pasuk clearly states: “ufora es rosh haisha…”and he shall uncover the hair of the head of the woman (5:18). One can only uncover something that has previously been covered; in this case the Torah is referring to the married woman’s hair. [1] Among Christian women in certain parts of the world, such as Africa and the Caribbean, the head tie is worn as a headcovering in obedience to 1 Corinthians 11:4–13. [2]

In Nigeria, the head-ties are known as gele (a Yoruba-language word and attire), and can be rather large and elaborate. Although the gele can be worn for day-to-day activities, the elaborate ceremonial ones are worn to weddings, special events, and church activities. [5] It is usually made of a material that is firmer than regular cloth. When worn, especially for more elaborate events, the gele typically covers a woman's entire hair as well as her ears. The only part exposed is her face and earrings on the lower part of her earlobes. The gele is accompanied by traditional local attire that may or may not have the same pattern as the headtie itself. [6]

In Ghana, opportunity to wear a duku usually falls on a religious day of Friday, Saturday or Sunday. This depends on whether the wearers are Muslim, Seventh-Day Adventists or Sunday church-going Christians.

In South Africa and Namibia, the Afrikaans word doek (meaning "cloth") is used for the traditional head covering used among most elderly local women in rural areas. Malawian head-ties are usually small and conservative compared to the Nigerian style. Women wear duku at special events like funerals. Urban women with plaited hair also wear a duku when visiting rural areas out of cultural respect. In addition, women may wear duku during sleep to protect the hair. [7]

The Shangaan women in Zimbabwe and South Africa wear 'dukus' as fashion accessories. [8] [9] At other social gatherings in Zimbabwe women may wear a dhuku. [9]

According to Professor Hlonipha Mokoena of the Witwatersrand Institute for Social and Economic Research, [10] historically the doek or headscarf was imposed on black women in many colonies by convention or by law as a way to control the sensuality and exoticism that “confused” white men. [11] 2016 saw a resurgence of wearing doeks through the #FeesMustFall movement among students around South Africa. [12] [13]

In modern usage, hijab often refers to headcoverings worn by some Muslim women. While such headcoverings can come in many forms, hijab often specifically refers to a cloth wrapped around the head, neck and chest, covering the hair and neck but leaving the face visible. 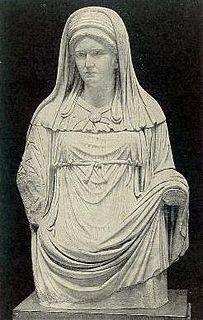 A veil is an article of clothing or hanging cloth that is intended to cover some part of the head or face, or an object of some significance. Veiling has a long history in European, Asian, and African societies. The practice has been prominent in different forms in Judaism, Christianity, and Islam. The practice of veiling is especially associated with women and sacred objects, though in some cultures, it is men, rather than women, who are expected to wear a veil. Besides its enduring religious significance, veiling continues to play a role in some modern secular contexts, such as wedding customs.

A turban is a type of headwear based on cloth winding. Featuring many variations, it is worn as customary headwear by people of various cultures. Communities with prominent turban-wearing traditions can be found in the Indian subcontinent, Southeast Asia, the Arabian Peninsula, the Middle East, the Balkans, the Caucasus, Central Asia, North Africa, West Africa, East Africa, and amongst some Turkic peoples in Russia as well as Ashkenazi Jews.

A wimple is a medieval form of female headcovering, formed of a large piece of cloth worn draped around the neck and chin, covering the top of the head; it was usually made from white linen or silk. Its use developed in early medieval Europe; in medieval Christianity it was unseemly for a married woman to show her hair. A wimple might be elaborately starched, creased and folded in prescribed ways. Later elaborate versions were supported on wire or wicker framing, such as the cornette. 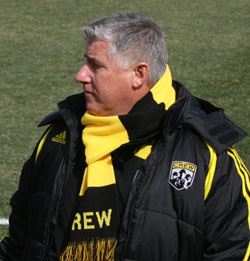 A scarf, plural scarves, is a piece of fabric worn around the neck or head for warmth, sun protection, cleanliness, fashion, religious reasons, or used to show the support for a sports club or team. They can be made in a variety of different materials such as wool, linen, silk or cotton. It is a common type of neckwear.

A chādor, also variously spelled in English as chadah, chad(d)ar, chader, chud(d)ah, chadur, and naturalized as, is an outer garment or open cloak worn by many women in the Persian-speaking countries of Iran, Afghanistan, and to a lesser extent in Tajikistan, as well as in Shia communities in Iraq, Bahrain, and Qatif in Saudi Arabia in areas in public spaces or outdoors. A chador is a full-body-length semicircle of fabric that is open down the front. The garment is pulled over the head, and is held closed at the front by the wearer; the chador has no hand openings, buttons, or clasps. It may also be held closed by being tucked under the wearer's arms. The word in Classical Persian could be used in reference to almost any cloth, headscarf, or even tents. This definition is mostly retained in eastern dialects of Persian which commonly use chādar in reference to almost any cloth or scarf, including loosely worn scarves that would be inappropriate to call a chador in Iranian Persian.

Islamic clothing is clothing that is interpreted as being in accordance with the teachings of Islam. Muslims wear a wide variety of clothing, which is influenced not only by religious considerations, but also practical, cultural, social, and political factors. In modern times, some Muslims have adopted clothing based on Western traditions, while others wear modern forms of traditional Muslim dress, which over the centuries has typically included long, flowing garments. Besides its practical advantages in the climate of the Middle East, loose-fitting clothing is also generally regarded as conforming to Islamic teachings, which stipulate that body areas which are sexual in nature must be hidden from public view. Traditional dress for Muslim men has typically covered at least the head and the area between the waist and the knees, while traditional women's dress typically conceals the hair and the body from the ankles to the neck. Some Muslim women also cover their face. However, other Muslims believe that the Quran does not mandate that women need to wear a hijab or a burqa. 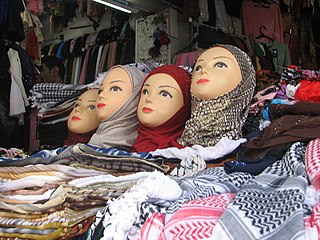 A headscarf is a scarf covering most or all of the top of a person's, usually women's, hair and head, leaving the face uncovered. A headscarf is formed of a triangular cloth or a square cloth folded into a triangle, with which the head is covered.

African clothing is the traditional clothing worn by the peoples of Africa. 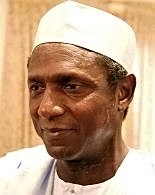 A kufi or kufi cap is a brimless, short, and rounded cap worn by men in many populations in North Africa, East Africa, Western Africa, and South Asia. It is also worn by men throughout the African diaspora. It is also commonly called a "topi" or "tupi" in the Indian subcontinent.

A tignon is a type of headcovering—a large piece of material tied or wrapped around the head to form a kind of turban that somewhat resembles the West African gele. It was worn by Creole women of African descent in Louisiana beginning in the Spanish colonial period, and continuing to a lesser extent to the present day. 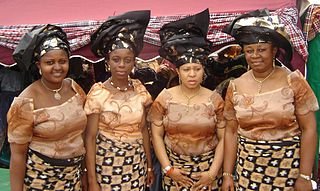 The wrapper, lappa, or pagne is a colorful garment widely worn in West Africa by both men and women. It has formal and informal versions and varies from simple draped clothing to fully tailored ensembles. The formality of the wrapper depends on the fabric used to create or design it. 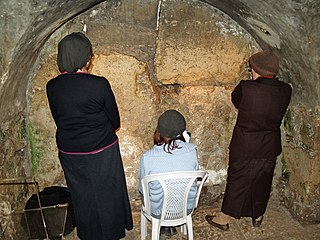 According to halacha, married Jewish women are expected to cover their hair when in the presence of men other than their husband or close family members. Such covering is common practice nowadays among Orthodox Jewish women.

Christian head covering, also known as Christian veiling, is the traditional practice of women covering their head in a variety of Christian denominations. Some Christian women, based on historic Oriental Orthodox, Eastern Orthodox, Roman Catholic, Lutheran, Moravian, Reformed, Anglican, Methodist, Baptist and Plymouth Brethren teaching, wear the head covering in public worship and during private prayer at home, while others, especially traditional Anabaptist Christians, believe women should wear head coverings at all times, based on Saint Paul's dictum that Christians are to "pray without ceasing" and Saint Paul's teaching that women being unveiled is dishonourable. Genesis 24:65 records the veil as a feminine emblem of modesty. Manuals of early Christianity, including the Didascalia Apostolorum and Pædagogus instructed that a headcovering must be worn by women during prayer and worship, as well as when outside the home.

The term ḥijāb (hijab) is used in the Quran to denote a partition, a curtain, or is sometimes used for the Islamic rules of modesty. This is the usage in the verses of the Qur'an, in which the term hijab sometimes refers to a curtain separating visitors to Muhammad's main house from his wives' residential lodgings. 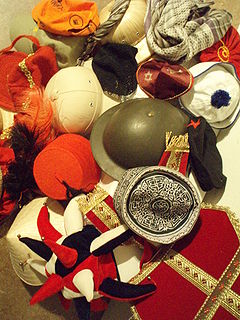 The fashion industry in Nigeria plays an important cultural role and contributes significantly to the country's economics. Casual attire is commonly worn but formal and traditional styles are also worn depending on the occasion. Clothing incorporates a variety of colours, fabrics, and embellishments. Many of the component cultures of Nigeria wear styles that are unique to their tribal society and customs. Nigeria is known not only for its fashionable textiles and garments, but also for its fashion designers who have increasingly gained international recognition.