Year 1256 ( MCCLVI ) was a leap year starting on Saturday (link will display the full calendar) of the Julian calendar.

Year 1253 (MCCLIII) was a common year starting on Wednesday of the Julian calendar.

Year 1255 (MCCLV) was a common year starting on Friday of the Julian calendar. 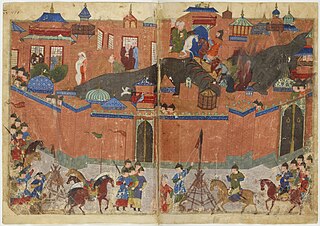 Year 1258 (MCCLVIII) was a common year starting on Tuesday of the Julian calendar.

The Assassins were a Nizari Isma'ili sect of Shia Islam who lived in the mountains of Persia and in Syria between 1090 and 1275. During that time, they held a strict subterfuge policy throughout the Middle East through the covert murder of first Muslim and later Christian leaders who were considered enemies of their state. The modern term assassination is based on the tactics used by the Assassins. 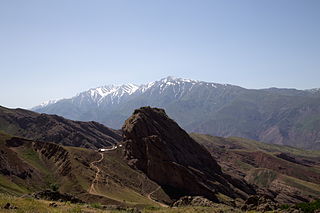 Alamut is a ruined mountain fortress located in the Alamut region in the South Caspian province of Qazvin near the Masoudabad region in Iran, approximately 200 km (130 mi) from present-day Tehran.

The Mongol Empire of the 13th and 14th centuries was the largest contiguous land empire in history and the second largest empire by landmass, second only to the British Empire. Originating in Mongolia in East Asia, the Mongol Empire at its height stretched from the Sea of Japan to parts of Eastern Europe, extending northward into parts of the Arctic; eastward and southward into the Indian subcontinent, Mainland Southeast Asia and the Iranian Plateau; and westward as far as the Levant and the Carpathian Mountains.

Hulagu Khan, also known as Hülegü or Hulegu, was a Mongol ruler who conquered much of Western Asia. Son of Tolui and the Keraite princess Sorghaghtani Beki, he was a grandson of Genghis Khan and brother of Ariq Böke, Möngke Khan, and Kublai Khan.

The Ilkhanate, also spelled Il-khanate, known to the Mongols as Hülegü Ulus was a khanate established from the southwestern sector of the Mongol Empire. The Ilkhanid realm, officially known as Iranzamin, was ruled by the Mongol House of Hulagu. Hulagu Khan, the son of Tolui and grandson of Genghis Khan, inherited the Middle Eastern part of the Mongol Empire after his brother Möngke Khan died in 1260. Its core territory lies in what is now part of the countries of Iran, Azerbaijan, and Turkey. At its greatest extent, the Ilkhanate also included parts of modern Iraq, Syria, Armenia, Georgia, Afghanistan, Turkmenistan, Pakistan, part of modern Dagestan, and part of modern Tajikistan. Later Ilkhanate rulers, beginning with Ghazan in 1295, converted to Islam. In the 1330s, the Ilkhanate was ravaged by the Black Death. Its last khan Abu Sa'id died in 1335, after which the khanate disintegrated. The Ilkhanid rulers, although of non-Iranian origin, tried to advertise their authority by tying themselves to the Iranian past, and they recruited historians in order to present the Mongols as heirs to the Sasanians of pre-Islamic Iran.

Kitbuqa Noyan, also spelled Kitbogha or Ketbugha, was a Nestorian Christian of the Naiman tribe, a group that was subservient to the Mongol Empire. He was a lieutenant and confidant of the Mongol Ilkhan Hulagu, assisting him in his conquests in the Middle East. When Hulagu took the bulk of his forces back with him to attend a ceremony in Mongolia, Kitbuqa was left in control of Syria, and was responsible for further Mongol raids southwards towards Egypt. He was killed at the Battle of Ain Jalut in 1260.

The Siege of Baghdad was a siege that took place in Baghdad in 1258, lasting for 13 days from January 29, 1258 until February 10, 1258. The siege, laid by Ilkhanate Mongol forces and allied troops, involved the investment, capture, and sack of Baghdad, which was the capital of the Abbasid Caliphate at that time. The Mongols were under the command of Hulagu Khan, brother of the khagan Möngke Khan, who had intended to further extend his rule into Mesopotamia but not to directly overthrow the Caliphate. Möngke, however, had instructed Hulagu to attack Baghdad if the Caliph Al-Musta'sim refused Mongol demands for his continued submission to the khagan and the payment of tribute in the form of military support for Mongol forces in Persia. 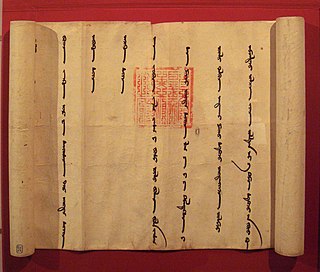 Rukn al-Dīn al-Hasan ibn Muhammad Khurshāh (1230-1257) was the son of ‘Alā’ ad-Dīn Muḥammad III and the 27th Isma'ili Imam. He was also the fifth and final Nizari Isma'ili Imam who ruled at Alamut. The Imam was the eldest son of Imam ʿAla al-Din Muhammad and succeeded his murdered father to the Imamate in 1255. Imam Rukn al-Din engaged in a long series of negotiations with the invading Mongols, and under whose leadership Alamut Castle was surrendered to the Mongol Empire marking the end of the Nizari state in Persia 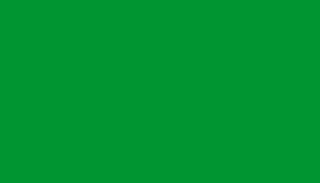 The Nizari state was a Shia Nizari Ismaili state founded by Hassan-i Sabbah after he took control of the Alamut Castle in 1090 AD, which marked the beginning of an era of Ismailism known as the "Alamut period". Their people were also known as the Assassins or Hashashins.

By the late 11th century, the Shi'a sub-sect of Isma'ilism had found many adherents in Persia, although the region was ruled by the staunchly Sunni Seljuk Empire. The hostile milieu of the Abbasid–Seljuk order triggered a revolt by the persecuted Persian Isma'ilis under Hassan-i Sabbah based in the inaccessible Alamut Castle. Many similar strongholds were captured or built by the Ismai'ilis across Persia, effectively founding a state within the Seljuk territories.

The Mongol campaign against the Nizaris of the Alamut period began in 1253 after the Mongol conquest of the Khwarazmian Empire of Iran by the Mongol Empire and a series of Nizari–Mongol conflicts. The campaign was ordered by the Great Khan Möngke and was led by his brother, Hülegü. The campaign against the Nizaris and later the Abbasid Caliphate was intended to establish a new khanate in the region—the Ilkhanate.

The siege of Maymun-Diz, an unlocated fortress and the stronghold of the leader of the Nizari Ismaili state, Imam Rukn al-Din Khurshah, occurred in 1256, during the Mongol campaign against the Nizaris led by Hülegü.