The Green Park, usually known without the definite article simply as Green Park, is one of the Royal Parks of London. It is located in the City of Westminster, Central London. First enclosed in the 16th century, it was landscaped in 1820 and is notable among central London parks for having no lakes or buildings, and only minimal flower planting in the form of naturalised narcissus.

Green Park covers just over 40 acres (16 ha) [1] between Hyde Park and St. James's Park. Together with Kensington Gardens and the gardens of Buckingham Palace, these parks form an almost unbroken stretch of open land reaching from Whitehall and Victoria station to Kensington and Notting Hill.

In contrast with its neighbouring parks, Green Park has no lakes, no buildings, no playgrounds, and few monuments, having only the Canada Memorial by Pierre Granche, the Diana of the Treetops Fountain by Estcourt J Clack [2] , and the RAF Bomber Command Memorial by Philip Jackson. The park consists almost entirely of mature trees rising out of turf; the only flowers are naturalised narcissus.

The park is bounded on the south by Constitution Hill, on the east by the pedestrian Queen's Walk, and on the north by Piccadilly. It meets St. James's Park at Queen's Gardens with the Victoria Memorial at its centre, opposite the entrance to Buckingham Palace. To the south is the ceremonial avenue of the Mall, and the buildings of St James's Palace and Clarence House overlook the park to the east. Green Park Underground station is a major interchange located on Piccadilly, Victoria and Jubilee lines near the north end of Queen's Walk. Tyburn stream runs beneath Green Park. [3]

The park is said to have originally been a swampy burial ground for lepers from the nearby hospital at St James's. It was first enclosed in the 16th century when it formed part of the estate of Poulteney family. In 1668, an area of the Poulteney estate known as Sandpit Field was surrendered to Charles II, who made the bulk of the land into a Royal Park as "Upper St James's Park" and enclosed it with a brick wall. [4] He laid out the park's main walks and built an icehouse there to supply him with ice for cooling drinks in summer.

The Queen's Walk was laid out for George II's queen Caroline; it led to the reservoir that held drinking water for St James's Palace, called the Queen's Basin. [5]

At the time, the park was on the outskirts of London and remained an isolated area well into the 18th century, when it was known as a haunt of highwaymen and thieves. Prime Minister Horace Walpole was one of many to be robbed there. [6] During the 18th and 19th centuries, it was a popular place for ballooning attempts and public firework displays; Handel's Music for the Royal Fireworks was composed specifically for a fireworks celebration held in The Green Park in 1749. [7] The park was also known as a duelling ground; one particularly notorious duel took place there in 1730 between William Pulteney, 1st Earl of Bath and John Hervey, 1st Earl of Bristol. [8]

In 1820, John Nash landscaped the park, as an adjunct to St. James's Park. [9] On 10 June 1840, it was the scene of Edward Oxford's assassination attempt on Queen Victoria, on Constitution Hill. 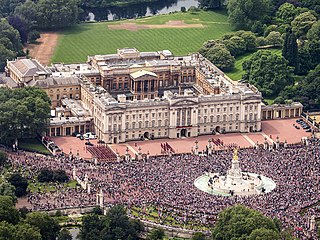 Buckingham Palace is the London residence and administrative headquarters of the monarchy of the United Kingdom. Located in the City of Westminster, the palace is often at the centre of state occasions and royal hospitality. It has been a focal point for the British people at times of national rejoicing and mourning.

The Mall is a road in the City of Westminster, central London, between Buckingham Palace at its western end and Trafalgar Square via Admiralty Arch to the east. Near the east end at Trafalgar Square and Whitehall it is met by Horse Guards Road and Spring Gardens where the Metropolitan Board of Works and London County Council were once based. It is closed to traffic on Saturdays, Sundays, public holidays and on ceremonial occasions.

Hyde Park is a Grade I-listed major park in Central London. It is the largest of four Royal Parks that form a chain from the entrance of Kensington Palace through Kensington Gardens and Hyde Park, via Hyde Park Corner and Green Park past the main entrance to Buckingham Palace. The park is divided by the Serpentine and the Long Water lakes. 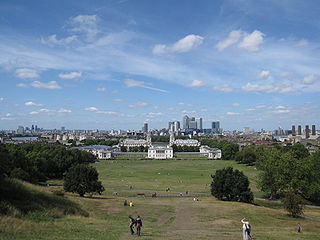 Greenwich Park is a former hunting park in Greenwich and one of the largest single green spaces in south-east London. One of the Royal Parks of London, and the first to be enclosed, it covers 74 hectares, and is part of the Greenwich World Heritage Site. It commands fine views over the River Thames, the Isle of Dogs and the City of London. 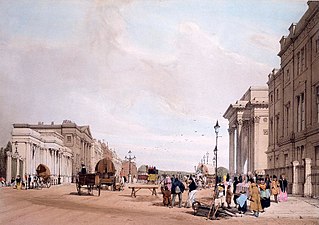 Hyde Park Corner is an area in London, England, located around a major road junction at the southeastern corner of Hyde Park, that was designed by Decimus Burton. Six streets converge at the junction: Park Lane, Piccadilly (northeast), Constitution Hill (southeast), Grosvenor Place (south), Grosvenor Crescent (southwest) and Knightsbridge (west). Hyde Park Corner tube station, a London Underground station served by the Piccadilly line, is located at the junction, as are a number of notable monuments. Immediately to the north of the junction is Apsley House, the home of the first Duke of Wellington; several monuments to the Duke were erected in the vicinity, both in his lifetime and subsequently.

Constitution Hill is a road in the City of Westminster in London. It connects the western end of The Mall with Hyde Park Corner, and is bordered by Buckingham Palace Gardens and Green Park. The term "Hill" is something of a misnomer; there is barely a detectable slope and most observers would regard the road as flat. An old lane on this route was enhanced in connection with the development of Buckingham Palace in the 1820s. It formed an official route from the palace to Hyde Park. It is now closed to traffic on Sundays. 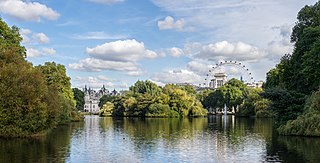 St James's Park is a 23-hectare (57-acre) park in the City of Westminster, central London. It is at the southernmost tip of the St James's area, which was named after a leper hospital dedicated to St James the Less. It is the most easterly of a near-continuous chain of parks that includes Green Park, Hyde Park, and Kensington Gardens.

Sir James Pennethorne was a 19th-century English architect and planner, particularly associated with buildings and parks in central London.

The Victoria Memorial is a monument to Queen Victoria, located at the end of The Mall in London, and designed and executed by the sculptor (Sir) Thomas Brock. Designed in 1901, it was unveiled on 16 May 1911, though it was not completed until 1924. It was the centrepiece of an ambitious urban planning scheme, which included the creation of the Queen’s Gardens to a design by Sir Aston Webb, and the refacing of Buckingham Palace by the same architect.

Walking is a popular recreational activity in London, despite traffic congestion. There are many areas that provide space for interesting walks, including commons, parks, canals, and disused railway tracks. This includes Wimbledon Common, Epping Forest, Hampstead Heath, and the eight Royal Parks: Hyde Park, Regent's Park, Richmond Park, etc. In recent years access to canals and rivers, including the Regent's Canal, and the River Thames has been greatly improved, and as well a number of long-distance walking routes have been created that link green spaces.

London Buses Route 9 is a Transport for London contracted bus route in London, England. Running between Hammersmith bus station and Aldwych, it is operated by London United.

Westminster St George's, originally named St George's, Hanover Square, was a parliamentary constituency in Central London. It returned one Member of Parliament (MP) to the House of Commons of the Parliament of the United Kingdom, elected by the first past the post system of election. 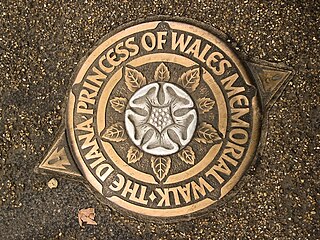 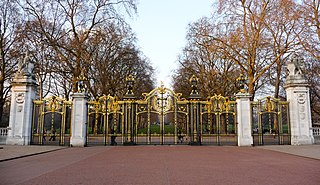 Canada Gate forms part of the Queen Victoria Memorial scheme in London. An entrance to the Green Park, one of the eight Royal Parks in central London, the gate was presented to London by Canada as part of a vast memorial scheme dedicated to Queen Victoria, who died in 1901. 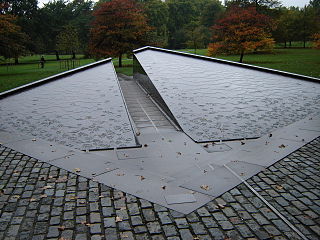 The Canada Memorial in Green Park, London, United Kingdom, commemorates members of the Canadian Forces killed during the First and Second World Wars. It was designed by the Canadian sculptor Pierre Granche, erected in 1992 and unveiled by Queen Elizabeth II in 1994. The memorial was the result of lobbying and fund raising, much of it in Canada, by the former Canadian media tycoon Conrad Black.