Tate Britain (known from 1897 to 1932 as the National Gallery of British Art and from 1932 to 2000 as the Tate Gallery) is an art museum on Millbank in the City of Westminster in London. It is part of the Tate network of galleries in England, with Tate Modern, Tate Liverpool and Tate St Ives. It is the oldest gallery in the network, having opened in 1897. It houses a substantial collection of the art of the United Kingdom since Tudor times, and in particular has large holdings of the works of J. M. W. Turner, who bequeathed all his own collection to the nation. It is one of the largest museums in the country.

The gallery is situated on Millbank, on the site of the former Millbank Prison. Construction, undertaken by Higgs and Hill, [3] commenced in 1893, and the gallery opened on 21 July 1897 as the National Gallery of British Art. However, from the start it was commonly known as the Tate Gallery, after its founder Sir Henry Tate, and in 1932 it officially adopted that name. [4] Before 2000, the gallery housed and displayed both British and modern collections, but the launch of Tate Modern saw Tate's modern collections move there, while the old Millbank gallery became dedicated to the display of historical and contemporary British art. As a consequence, it was renamed Tate Britain in March 2000.

The front part of the building was designed by Sidney R. J. Smith with a classical portico and dome behind, and the central sculpture gallery was designed by John Russell Pope. Tate Britain includes the Clore Gallery of 1987, designed by James Stirling, which houses work by J. M. W. Turner. The Clore Gallery has been regarded as an important example of Postmodern architecture, especially in the use of contextual irony: each section of the external facade quotes liberally from the building next to it in regard to materials and detailing. [5]

Crises during its existence include flood damage to work from the River Thames, and bomb damage during World War II. However, most of the collection was in safe storage elsewhere during the war, and a large Stanley Spencer painting, deemed too big to move, had a protective brick wall built in front of it.

In 2012, Tate Britain announced that it had raised the £45 million [7] required to complete a major renovation, largely thanks to a £4.9 million grant from the Heritage Lottery Fund and £1 million given by Tate Members. [8] The museum stayed open throughout the three phases [9] of renovation. [7] Completed in 2013, the newly designed sections were conceived by the architects Caruso St John and included a total of nine new galleries, with reinforced flooring to accommodate heavy sculptures. A second part was unveiled later that year, the centrepiece being the reopening of the building's Thames-facing entrance as well as a new spiral staircase beneath its rotunda. [9] The circular balcony of the rotunda's domed atrium, closed to visitors since the 1920s, was reopened. The gallery also now has a dedicated schools' entrance and reception beneath its entrance steps on Millbank and a new archive gallery for the presentation of temporary displays. [10]

The front entrance is accessible by steps. A side entrance at a lower level has a ramp for wheelchair access. The gallery provides a restaurant and a café, as well as a Friends room, open only to members of the Tate. This membership is open to the public on payment of an annual subscription. As well as administration offices the building complex houses the Prints and Drawings Rooms (in the Clore galleries), [11] as well as the Library [12] and Archive [13] in the Hyman Kreitman Reading Rooms. [14] The restaurant features a mural by Rex Whistler.

Tate Britain and Tate Modern are now connected by a high speed boat along the River Thames, which runs from Millbank Millennium Pier immediately outside Tate Britain. The boat is decorated with spots, based on paintings of similar appearance by Damien Hirst. The lighting artwork incorporated in the pier's structure is by Angela Bulloch. [15]

The main display spaces show the permanent collection of historic British art, as well as contemporary work. It has rooms dedicated to works by one artist, such as: Tracey Emin, John Latham, Douglas Gordon, Sam Taylor-Wood, Tacita Dean, Marcus Gheeraerts II, though these, like the rest of the collection, are subject to rotation.

Tate Britain is the home of the annual and usually controversial Turner Prize exhibition, featuring four artists selected by a jury chaired by the director of Tate Britain. This is spread out over the year with the four nominees announced in May, the show of their work opened in October and the prize itself given in December. Each stage of the prize generates media coverage, and there have also been a number of demonstrations against the prize, notably since 2000 an annual picket by Stuckist artists. In recent years the exhibition and award ceremony have taken place at locations other than in Tate Britain: for example in Liverpool (2007), Derry-Londonderry (2013), Glasgow (2015) and Hull (2017).

Tate Britain has attempted to reach out to a different and younger audience with Late at Tate Britain on the first Friday of every month, with half-price admission to exhibitions, live music and performance art. [17] Other public involvement has included the display of visitors', as opposed to curators', interpretation of certain artworks.

Regular free tours operate on the hour, and at 1.15 pm on Tuesday, Wednesday and Thursday short 15-minute talks are given on paintings, artists and artistic styles. [18]

Tate Britain is the national gallery of British art from 1500 to the present day. As such, it is the most comprehensive collection of its kind in the world (only the Yale Center for British Art can claim similar expansiveness, but with less depth). More recent artists include David Hockney, Peter Blake and Francis Bacon. Works in the permanent Tate collection, which may be on display at Tate Britain include:

When the Pre-Raphaelite painter and President of the Royal Academy, John Everett Millais, died in 1896, the Prince of Wales (later to become King Edward VII) chaired a memorial committee, which commissioned a statue of the artist. [19] The sculpture, by Thomas Brock, was installed at the front of the gallery in the garden on the east side in 1905. On 23 November that year, The Pall Mall Gazette called it "a breezy statue, representing the man in the characteristic attitude in which we all knew him". [19]

In 1953, Tate Director, Sir Norman Reid, attempted to have it replaced by Rodin's John the Baptist, and in 1962 again proposed its removal, calling its presence "positively harmful". His efforts were frustrated by the statue's owner, the Ministry of Works. Ownership was transferred from the Ministry to English Heritage in 1996, and by them in turn to the Tate. [19] In 2000 the statue was removed to the rear of the building. [19]

Tate Modern is a modern art gallery located in London. It is Britain's national gallery of international modern art and forms part of the Tate group. It is based in the former Bankside Power Station, in the Bankside area of the London Borough of Southwark. Tate holds the national collection of British art from 1900 to the present day and international modern and contemporary art. Tate Modern is one of the largest museums of modern and contemporary art in the world. As with the UK's other national galleries and museums, there is no admission charge for access to the collection displays, which take up the majority of the gallery space, while tickets must be purchased for the major temporary exhibitions. The gallery is a highly visited museum, pulling in approximately 5.8 million visitors in 2018.

Tate is an institution that houses, in a network of four art museums, the United Kingdom's national collection of British art, and international modern and contemporary art. It is not a government institution, but its main sponsor is the UK Department for Digital, Culture, Media and Sport. 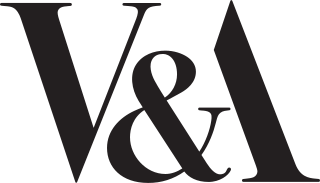 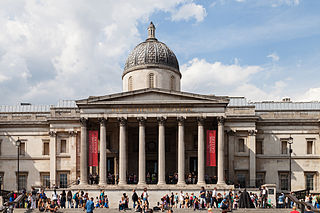 The National Gallery is an art museum in Trafalgar Square in the City of Westminster, in Central London. Founded in 1824, it houses a collection of over 2,300 paintings dating from the mid-13th century to 1900.

Sir John Everett Millais, 1st Baronet, was an English painter and illustrator who was one of the founders of the Pre-Raphaelite Brotherhood. He was a child prodigy who, aged eleven, became the youngest student to enter the Royal Academy Schools. The Pre-Raphaelite Brotherhood was founded at his family home in London, at 83 Gower Street. Millais became the most famous exponent of the style, his painting Christ in the House of His Parents (1850) generating considerable controversy, and painting perhaps the embodiment of the school, Ophelia, in 1850–51. 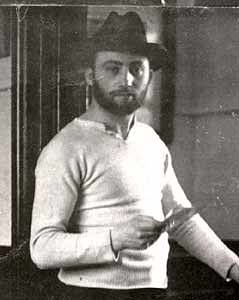 The Walker Art Gallery is an art gallery in Liverpool, which houses one of the largest art collections in England, outside London. It is part of the National Museums Liverpool group, and is promoted as "the National Gallery of the North" because it is not a local or regional gallery but is part of the national museums and galleries administered directly from central government funds. 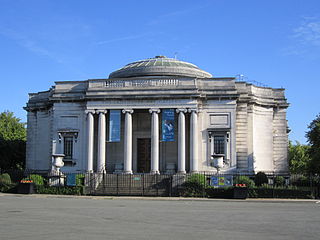 Sir Thomas Brock was an English sculptor, and medallist, whose works include the monument to Queen Victoria in front of Buckingham Palace.

Graves Art Gallery is an art gallery in Sheffield, England. The gallery is located above the Central Library in Sheffield city centre. It houses permanent displays from the city’s historic and contemporary collection of British and European art along with a programme of temporary exhibitions. 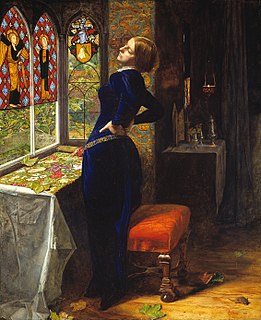 Mariana is an 1851 oil-on-wood painting by John Everett Millais. The image is based on the solitary Mariana from William Shakespeare's Measure for Measure, written between 1601 and 1606. In the play, Mariana was to be married, but was rejected when her dowry was lost in a shipwreck. Her story was retold in "Mariana", a poem published in 1830 by Tennyson, which provided additional inspiration for Millais' painting. The painting is regarded as an example of Millais' "precision, attention to detail, and stellar ability as a colorist".