Makarov is a Hasidic dynasty founded by the Rebbe Menachem Nochum Twerski of the Chernobyl dynasty. Makarov is the Yiddish name of Makariv, a town in present-day Ukraine. To this day, the Mekarev Shul is used in the old City of Safed for Shabbat Prayers by the Yeshiva Shalom RAv.

Rachmastrivka is a Hasidic dynasty named after the town of Rotmistrivka, Ukraine. It is an offshoot of the Chernobyl dynasty dating back to the 19th century. 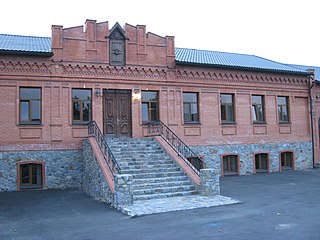 Chernobyl is a Hasidic dynasty that was founded by Grand Rabbi Menachem Nachum Twersky, known by the name of his work as the Meor Einayim. The dynasty is named after the northern Ukrainian town of Chernobyl, where Rabbi Nachum served as the maggid. The attribution of Chernobyl Hasidism continued from the second generation of Hasidic Judaism to the present day. Chernobyl is considered one of the famous courtyards of the Hasidic movement. The lineage has existed since its establishment and to this day in a row, although not always with the name Chernobyl. Today there are several rebbes named Chernobyl. The central courtyard is in Bnei Brak, headed by Rabbi Menachem Nachum Twersky.

Chortkov is a Hasidic dynasty that originated in Chortkov, present-day Ukraine. The town was part of the Tarnopol Voivodeship of the Second Polish Republic until September 1939. The town itself was founded in 1522 by Polish King Sigismund I the Old. The dynasty had a large following before the Second World War, but most of its adherents perished in the Holocaust.

Ziditshov is a Hasidic dynasty originating in town Ziditshoyv, in Galicia. It was founded by Rebbe Tzvi Hirsh of Ziditshov. Today, the few who remain of the Ziditshov dynasty live in Brooklyn, Monticello, New York, Chicago, Baltimore, London, and Israel.

Twersky, Twerski, or Tverski is the surname of a pedigree of rebbes in the Chernobyl Hasidic dynasty. It was begun by the Grand Rabbi Menachum Nachum Twerski. People with this name include: 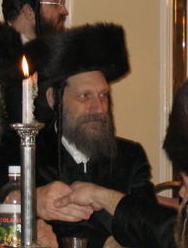 Boyan is a Hasidic dynasty named after the town of Boiany in the historic region of Bukovina, now in Ukraine. The Hasidut is headquartered in Jerusalem, with communities in Beitar Ilit, Bnei Brak, Manchester, Australia, Beis Shemesh, London, Antwerp, Manhattan, Brooklyn, Monsey, New York Lakewood, New Jersey, and Atlanta, Georgia. Boyan is one of the branches of the Ruzhiner dynasty, together with Bohush, Chortkov, Husiatyn, Sadigura, Kapishnitz, Vadlui and Shtefanesht.

Rabbi David Twersky, originally spelled Twerski, is the Grand Rabbi and spiritual leader of the village of New Square, New York, and of Skverer Hasidism worldwide. 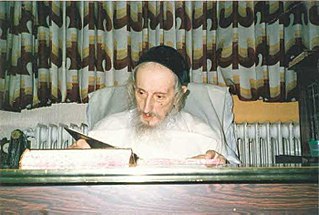 Machnovka is a Hasidic dynasty Chernobyl dynastic group of families.

Moetzet Gedolei HaTorah is the supreme rabbinical policy-making council of the Agudat Yisrael and Degel HaTorah movements. Members are usually prestigious Roshei Yeshiva or Hasidic rebbes who are also usually regarded by many Haredi Jews to be the Gedolim ("great/est") sages of Torah Judaism. Before the Holocaust, it was the supreme authority for the World Agudath Israel in Europe.

Bohush is a Hasidic dynasty named for the town of Buhuși, Romania. The dynasty began in the mid-nineteenth century with Rabbi Yitzchok Friedman of Bohush, the eldest grandson of Rabbi Yisrael Friedman of Ruzhyn, and was based in that town until 1951, when his great-grandson, Rabbi Yitzchok Friedman of Bohush-Tel Aviv, moved the dynasty to Tel Aviv. In 1987 the Bohush beis medrash was transferred to Bnei Brak, where the dynasty is led today by Rabbi Yaakov Mendel Friedman, a great-great-grandson of the first Bohusher Rebbe.

Yitzhak Aharon Korff is the present Rebbe of Zvhil – Mezhbizh. Since 1975 he has been the Chaplain of the City of Boston and spiritual leader of Congregation Bnai Jacob, Zvhil–Mezhbizh Beit Medrash of Boston, Miami, and Jerusalem, serving also with the Chief Rabbis of Israel as Spiritual Leader of The Jerusalem Great Synagogue. He is a dayan of the BaDaTz Boston Beth din and Vaad HaRabbonim. He is also principal of Korff Associates, consultants in business, diplomacy and international law and relations, Consul to the government of Austria and publisher of the Boston-based Jewish newspaper The Jewish Advocate.

Shtefanesht was a Hasidic dynasty named for the town of Ștefănești, Romania. It was one of the branches of the Ruzhiner dynasty, together with Bohush, Boyan, Chortkov, Husiatyn, and Sadigura. The dynasty lasted from 1851 to 1933 and had only two Rebbes: Rabbi Menachem Nochum Friedman, a son of the Ruzhiner Rebbe, and Rabbi Avrohom Mattisyohu Friedman, the only son of Rabbi Menachem Nochum. During the latter’s reign, Ștefănești became one of the most important Hasidic centers in Eastern Europe.

Yitzchok Friedman was the founder and first Rebbe of the Boyan Hasidic dynasty. He was known as the Pachad Yitzchok.

Koidanov is a Hasidic dynasty founded by Rabbi Shlomo Chaim Perlow in 1833 in the town of Koidanov. According to the YIVO Encyclopedia of Jews in Eastern Europe, Koidanov was the smallest of the three Lithuanian Hasidic dynasties, the others being Slonim and Karlin-Stolin. On the eve of World War II, its centers of influence were in the regions of Koidanov and Minsk. After its Rebbes and most of its Hasidim were murdered in the Holocaust, the dynasty was re-established in 1948 in Tel Aviv, where it thrives to this day. 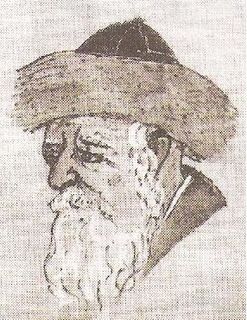 Avrohom Yaakov Friedman was the first Rebbe of the Sadigura Hasidic dynasty. He lived in the palatial home constructed by his father, Rabbi Yisrael Friedman of Ruzhyn, who fled to the Austrian town of Sadhora due to persecution by the Russian Tsar. He maintained his father's extravagant lifestyle while immersing himself in Torah study and mysticism. He was considered the greatest Rebbe of his era, attracting hundreds of thousands of Jews as well as prominent Christian leaders to his court.