Sex surrogates, sometimes referred to as surrogate partners, are practitioners trained in addressing issues of intimacy and sexuality. A surrogate partner works in collaboration with a sex therapist to meet the goals of their client. This triadic model is used to dually support the client: the client engages in experiential exercises and builds a relationship with their surrogate partner while processing and integrating their experiences with their therapist or clinician.

The modality in which surrogate partners work is called Surrogate Partner Therapy. This modality is used to address obstacles to physical and emotional intimacy that a client is unable to resolve through traditional therapy and requires the involvement of a partner. Clients’ presenting issues have commonly included sexual dysfunctions, lack of healthy intimate experiences, or traumatic history.

Masters and Johnson introduced the practice in their book Human Sexual Inadequacy, published in 1970. They believed that people could learn about sexual intimacy only by experiencing it. In their research, subjects that were partnered used these partners to aid in a series of exercises designed to help overcome sexual dysfunction. Unpartnered subjects were paired with "surrogates" who would take the place of a partner, working under the direction of a trained therapist and acted as a form of mentor for the client. In their research, all of the surrogates were women who were assigned to work with single men. Today, most surrogates are women, but a few are men. [1] The practice of Surrogate Partner Therapy reached its peak in the early 1980s with a few hundred surrogate partners practicing in the U.S. Since then, Surrogate Partner Therapy's popularity declined but has recently reentered social consciousness after the 2012 film The Sessions , which depicts one surrogate partner's work with a disabled man. Currently, those practicing Surrogate Partner Therapy are still very few in number. [2]

There are people who have experienced a change in sexual lifestyle due to an acquired disability (accident, paralysis, disease, trauma), and a surrogate can help them explore and develop sexual potential. [5] The causes of sexual concerns are numerous and the methods a surrogate might use to help improve a client's sexual life are varied.

Some couples attend surrogate partner therapy sessions together, while some people (either single or in a couple) attend them alone. [7] The surrogate engages in education and often intimate physical contact and/or sexual activity with clients to achieve a therapeutic goal. [7] Some surrogates work at counseling centers, while others have their own offices. [8]

The 2003 Salon.com article "I was a middle-aged virgin", by Michael Castleman, discusses a middle-aged American virgin (Roger Andrews) and his therapy with the sex surrogate Vena Blanchard. [9]

Polyamory is the practice of, or desire for, intimate relationships with more than one partner, with the informed consent of all partners involved. It has been described as "consensual, ethical, and responsible non-monogamy". People who identify as polyamorous believe in an open relationship with a conscious management of jealousy; they reject the view that sexual and relational exclusivity are necessary for deep, committed, long-term loving relationships.

Richard A. Cohen, M.A. is a psychotherapist, educator, and author of five books including his latest release, Healing Heterosexuality: Time, Touch and Talk. He is the director of Positive Approaches to Healthy Sexuality, and the past director of the International Healing Foundation. Cohen offers his newest book as “a blueprint for the healing of humanity.” In it he presents the principles of emotional healing, healthy attachment, and unconditional love that he discovered in his personal healing journey and applied to helping thousands of others in his career as a therapist, coach, and facilitator.

Sex therapy is a strategy for the improvement of sexual function and treatment of sexual dysfunction. This includes sexual dysfunctions such as premature ejaculation or delayed ejaculation, erectile dysfunction, lack of sexual interest or arousal, and painful sex. It includes dealing with problems imposed by atypical sexual interests (paraphilias), gender dysphoria and being transgender; highly overactive libido or hypersexuality, a lack of sexual confidence, recovering from sexual abuse, such as rape, sexual assault, and sexual issues related to aging, illness, or disability.

Self-disclosure is a process of communication by which one person reveals information about themself to another. The information can be descriptive or evaluative, and can include thoughts, feelings, aspirations, goals, failures, successes, fears, and dreams, as well as one's likes, dislikes, and favorites.

Laura Berman is an American relationship therapist. She is the host of In the Bedroom with Dr. Laura Berman on the Oprah Winfrey Network (OWN). She is also a regular guest on The Dr. Oz Show, and hosts her own nationally syndicated radio program, Uncovered with Dr. Laura Berman. She previously starred in Showtime's reality TV series, Sexual Healing.

Peggy Joy Kleinplatz is a Canadian clinical psychologist and sexologist whose work often concerns optimal sexuality, opposition to the medicalization of human sexuality, and outreach to marginalized groups. She is a Full Professor of Medicine and Clinical Professor of Psychology at the University of Ottawa.

Private Practices: The Story of a Sex Surrogate is a 1985 US documentary film directed by Kirby Dick about the interaction between a sex surrogate and her clients - Dick's first documentary film.

Joe Kort, Ph.D is an American psychotherapist, clinical social worker, board certified clinical sexologist, author, lecturer and facilitator of therapeutic workshops. He also works as Clinical Director and founder of The Center for Relationship and Sexual Health in Royal Oak, Michigan.

The American Association of Sexuality Educators, Counselors and Therapists (AASECT) is a professional organization for sexuality educators, sexuality counselors and sex therapists.

Certified Sex Therapists (CST) have graduate degrees in a clinical mental health field and have obtained advanced training in sex therapy from a credentialed training body, resulting in certification. One of the largest such bodies is the American Association of Sexuality Educators, Counselors and Therapists (AASECT).

Cheryl Cohen-Greene is an American sexual surrogate partner, speaker, and author, known for her work with American poet Mark O'Brien in 1986, before his death in 1999. She was portrayed in the film The Sessions by Helen Hunt, who received an Academy Award nomination for her performance. In 2012, Cohen-Greene released her memoire, titled An Intimate Life: Sex, Love, and My Journey as a Surrogate Partner.

Center for Healthy Sex (CHS) is a community therapy center in Los Angeles that specializes in the treatment of sexual dysfunction, sexual anorexia, sex addiction, and love addiction. The Center is located on Santa Monica Boulevard near Overland Avenue bordering the neighborhoods of Century City and Westwood. 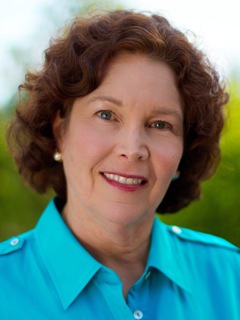 Wendy Maltz is an American sex therapist, psychotherapist, author, educator, and clinical social worker. She is an expert on the sexual repercussions of sexual abuse, understanding women's sexual fantasies, treating pornography-related problems, and promoting healthy sexuality. She has taught at the University of Oregon and is co-director with her husband, Larry Maltz, of Maltz Counseling Associates therapy practice in Eugene, Oregon.

Arlene Istar Lev is a North American clinical social worker, family therapist, and educator. She is an independent scholar, who has lectured internationally on topics related to sexual orientation and gender identity, sexuality, and LGBTQ families.