The Tisza, Tysa or Tisa, is one of the major rivers of Central and Eastern Europe. Once, it was called "the most Hungarian river" because it flowed entirely within the Kingdom of Hungary. Today, it crosses several national borders.

The Tisza begins near Rakhiv in Ukraine, at the confluence of the White Tisa and Black Tisa, which is at coordinates 48.07465560782065, 24.24443465360461 (the former springs in the Chornohora mountains; the latter in the Gorgany range). From there, the Tisza flows west, roughly following Ukraine's borders with Romania and Hungary, then shortly as border between Slovakia and Hungary, later into Hungary, and finally into Serbia. It enters Hungary at Tiszabecs. It traverses Hungary from north to south. A few kilometers south of the Hungarian city of Szeged, it enters Serbia. Finally, it joins the Danube near the village of Stari Slankamen in Vojvodina, Serbia.

Attila the Hun is said to have been buried under a diverted section of the river Tisza. [13]

The river was known as the Tisia in antiquity; other ancient names for it included Pathissus (Πάθισσος in Ancient Greek and later Tissus (in Latin)), (Pliny, Naturalis historia , 4.25). It may be referred to as the Theiss in older English references, after the German name for the river, Theiß. It is known as the Tibisco in Italian, and in older French references (as for instance in relation to the naval battles on the Danube between the Ottoman Empire and the Habsburg Empire in the 17th and 18th centuries) it is often referred to as the Tibisque.

Modern names for the Tisza in the languages of the countries it flows through include:

The length of the Tisza in Hungary used to be 1,419 km (882 mi). It flowed through the Great Hungarian Plain, which is one of the largest flat areas in central Europe. Since plains can cause a river to flow very slowly, the Tisza used to follow a path with many curves and turns, which led to many large floods in the area.

In the 1970s, the building of the Tisza Dam at Kisköre started with the purpose of helping to control floods as well as storing water for drought seasons. However, the resulting Lake Tisza became one of the most popular tourist destinations in Hungary since it had similar features to Lake Balaton at drastically cheaper prices and was not crowded.

Conditions of navigation differ with the circumstances: when the river is in flood, it is often unnavigable, just as it is at times of extreme drought. [16]

The Tisza has a rich and varied wildlife. Over 200 species of birds reside in the bird reserve of Tiszafüred. The flood plains along the river boast large amounts of diverse plant and animal life. In particular, the yearly "flowering" of the Tisza is considered a local natural wonder. The flowering attracts vast numbers of mayflies which is a well known spectacle. [17] [18]

In September 2020, colonies of magnificent bryozoans were discovered in the river. [19]

In early 2000, there was a sequence of serious pollution incidents originating from accidental industrial discharges in Romania. The first, in January 2000, occurred when there was a release of sludge containing cyanide from a Romanian mine and killed 2000 tons of fish. The second, from a mine pond at Baia Borsa, northern Romania, resulted in the release of 20,000 m3 (710,000 cu ft) of sludge containing zinc, lead and copper occurred in early March 2000. A week later, the third spill occurred at the same mining site at Baia Borsa, staining the river black, possibly including heavy metals. [20]

This series of incidents were described at the time as the most serious environmental disaster to hit central Europe since the Chernobyl disaster. Usage of river water for any purpose was temporarily banned and the Hungarian government pressed the Romanians and the European Union to close all installations that could lead to further pollution. [20]

Examination of river sediments indicates that pollution incidents from mines have occurred for over a century. [21]

The following rivers are tributaries to the river Tisza:

The Tisza (Tisa) flows through the following countries and cities (ordered from the source to mouth): 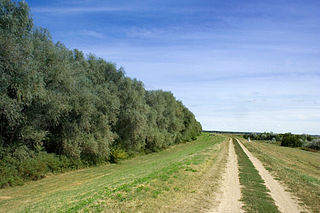 Csongrád-Csanád is the name of an administrative county in southern Hungary, straddling the river Tisza, on the border with Serbia and Romania. It shares borders with the Hungarian counties Bács-Kiskun County, Jász-Nagykun-Szolnok County and Békés. The administrative centre of Csongrád-Csanád county is Szeged. The county is also part of the Danube–Criș–Mureș–Tisa Euroregion.

The Crasna (Romanian) or Kraszna (Hungarian) is the name of a river in northwestern Romania and northeastern Hungary. The Crasna is a left tributary of the Tisza. Its source is in Transylvania, Romania, near the village of Crasna. It flows through the Romanian counties Sălaj and Satu Mare and the Hungarian county Szabolcs-Szatmár-Bereg. It flows into the Tisza in Vásárosnamény. Cities along the Crasna are Șimleu Silvaniei in Romania, Nagyecsed and Mátészalka in Hungary.

The Săsar is a right tributary of the river Lăpuș in Maramureș County, Romania. It discharges into the Lăpuș in Bozânta Mare, southwest of Baia Mare. It is a medium-size river which flows through the cities of Baia Sprie and Baia Mare. Its length is 31 km (19 mi) and its basin size is 306 km2 (118 sq mi).

The Someș is a left tributary of the Tisza in Hungary and Romania. It has a length of 415 km (258 mi), of which 50 km are in Hungary. The Someș is the fifth largest river by length and volume in Romania. The hydrographic basin forms by the confluence at Mica, a commune about 4 km upstream of Dej, of Someșul Mare and Someșul Mic rivers. Someșul Mic originates in the Apuseni Mountains, and Someșul Mare springs from the Rodna Mountains. 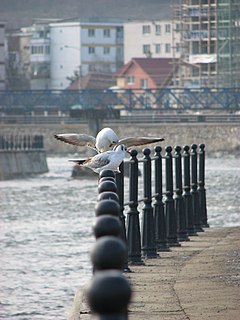 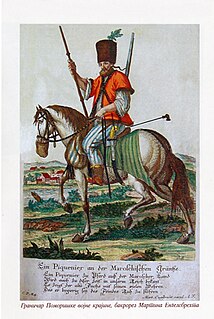 Pomorišje is a historical geographical region on the banks of the river Mureș that in the past has had a sizable ethnic Serb population. The region is mostly divided between Romania and Hungary, with small part of it in northern Serbia. Today, a Serb minority is present in parts of the region that are part of Romania and Hungary. 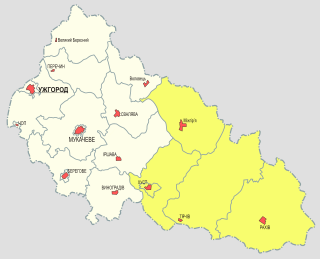 Northern Maramureș is a geographic-historical region comprising roughly the eastern half of the Zakarpattia Oblast in southwestern Ukraine, near the border with Romania. Until 1920, it was part of the Maramureș subregion of Transylvania, at which time the former Máramaros County was divided into a northern part, and a southern part.

The Aranca or Zlatica is a 117 km long river in the Banat region of Romania and Serbia, left tributary of the river Tisa. 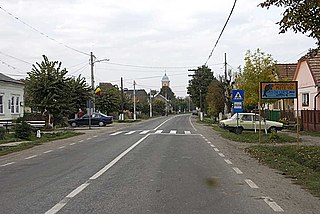 The Bega or Begej, is a 244 km long river in Romania and Serbia. It rises in the Poiana Ruscă Mountains in Romania, part of the Carpathian Mountains, and it flows into the Tisa river near Titel, Vojvodina, Serbia. Its drainage basin covers an area of 4,458 km2 (1,721 sq mi), of which 2,362 km2 (912 sq mi) in Romania.

The Someșul Rece is the right headwater of the river Someșul Mic in Romania. It joins the Someșul Cald in Lake Gilău, a reservoir near Gilău. Its length is 49 km (30 mi) and its basin size is 330 km2 (130 sq mi). 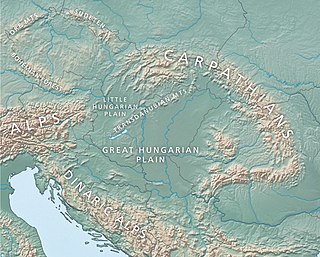 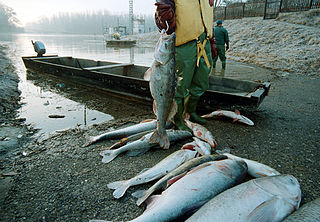 The 2000 Baia Mare cyanide spill was a leak of cyanide near Baia Mare, Romania, into the Someș River by the gold mining company Aurul, a joint-venture of the Australian company Esmeralda Exploration and the Romanian government. 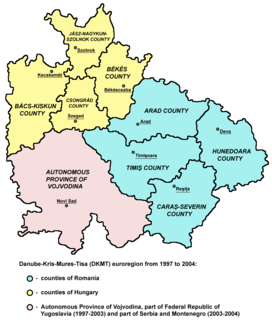 Multinational Engineer Battalion Tisa is an engineering unit intended to quickly respond to flooding and other natural disasters in the Carpathian Region. Initial idea for creation of such unit was voiced by Ukraine in December 1998. Battalion was created on November 15, 2002 after Heads of General Staff of Hungarian, Romanian, Slovak and Ukrainian Armed Forces signed the Technical Arrangement on Implementation of Intergovernmental Agreement on Multinational Engineer Battalion Tisa in Budapest. The name comes from river Tisza.