This is a list of school divisions in Manitoba, and does not include locally-controlled Manitoba Band Operated Schools, which are funded and regulated by the federal Government of Canada.

The province's school divisions and districts are generally categorized by region: Central, Northern/Remote, Parkland/Westman, Southeast/Interlake, and Winnipeg. [1] The one except is Division Scolaire Franco-Manitobaine, which has French-language schools distributed across the regions. [1]

Education in Manitoba falls under the purview of the Minister of Education and is primarily governed by The Public Schools Act and The Education Administration Act, as well as their respective regulations. [2] Locally-controlled Manitoba Band Operated Schools are funded and regulated by the federal Government of Canada.

Winnipeg region and other 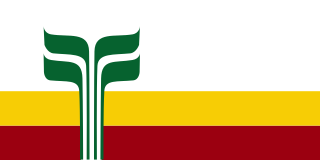 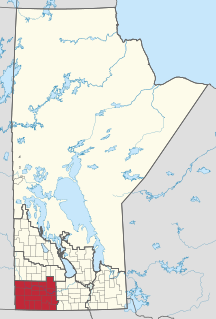 The Westman Region is an informal geographic region of the Canadian province of Manitoba located in the southwestern corner of the province. 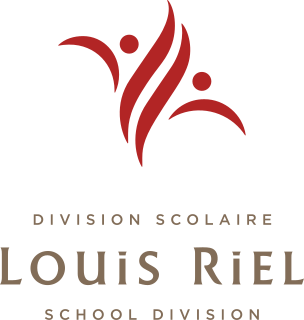 The Louis Riel School Division is a school division in Winnipeg, Manitoba, offering English-language and French-immersion education to its students. 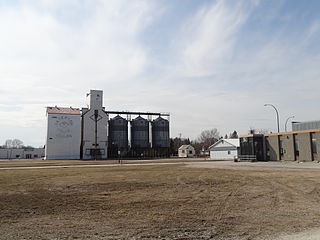 Teulon is a town located approximately 59 kilometres north of Winnipeg, Manitoba, Canada, on Provincial Trunk Highway 7. Located between Stonewall and Gimli, Teulon is commonly referred to as "The Gateway to the Interlake". Teulon is surrounded by the Rural Municipality of Rockwood. 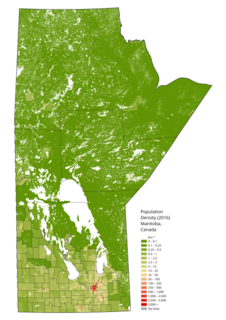 Manitoba is one of Canada's 10 provinces. It is the easternmost of the three Prairie provinces.

Woodlands is a rural municipality in the province of Manitoba in Western Canada. It lies in the southern part of the Interlake and is named for the community of Woodlands, which itself is named for the wooded lands of the area.

Higher education in Manitoba traces the development and expansion of higher or advanced education in the province of Manitoba.

The 2012 Manitoba Scotties Tournament of Hearts, Manitoba's women's provincial curling championship, was held from January 25 to 29 at the Portage Credit Union Centre in Portage la Prairie, Manitoba. The winning team of Jennifer Jones, Kaitlyn Lawes, Jill Officer and Dawn Askin represented Manitoba at the 2012 Scotties Tournament of Hearts in Red Deer, Alberta, where they finished round robin with a 9-2 record, which was enough to finish 1st place and clinch a spot in the playoffs. Jones would lose both the 1-2 game and the semi-final before winning the bronze medal game over Quebec.

Interlake-Eastern Regional Health Authority is the governing body responsible for healthcare delivery and regulation for the Interlake and eastern regions of Manitoba.

The Prairie Mountain Health is the governing body responsible for healthcare delivery and regulation for the eponymous health region in southwest Manitoba.

The Manitoba Arts Council is a provincial crown corporation whose purpose is to promote the arts. The Council awards grants to professional artists and arts organizations in Manitoba in all art forms; it also provides related creative activity such as arts education.

The D Division is the division of the Royal Canadian Mounted Police responsible for federal policing in Manitoba and, at times, northwestern Ontario. Headquartered in Winnipeg, the division is commanded by Assistant Commissioner Jane MacLatchy and consists of 1089 police officers and 438 support staff.

Manitoba Economic Development, Investment and Trade is the provincial government department responsible for economic growth and the creation of jobs in Manitoba.

Articles relating to Manitoba include: