The Partnership's office is colocated with the San Francisco Regional Water Quality Control Board in the Elihu M Harris State Building.

SFEP's work and mission are detailed in the Comprehensive Conservation and Management Plan. Completed in 1993 and revised in 2007, this document is organized around nine issue/program areas, each with goals, objectives, and actions:

The Plan, collaboratively produced by consensus agreement of a broad community of stakeholders, recommends over 200 actions to protect and restore the San Francisco Bay-Delta Estuary. It is the region's roadmap for restoring the Estuary's chemical, physical, and biological health. The 2007 Plan includes new and revised actions, such as the need to address sea level rise, while retaining many of the original actions.

The National Estuary Program (NEP) was established under Section 320 of the 1987 Clean Water Act Amendments as a non-regulatory, place-based program, managed by the U.S. Environmental Protection Agency (EPA), to protect and restore the water quality and ecological integrity of the nation's estuaries. Each NEP was required to develop and implement a Comprehensive Conservation and Management Plan identifying actions to address the water quality, habitat, and living resources challenges within its watershed. San Francisco Bay was identified in the founding legislation as one of seven estuaries of national concern. Currently, the NEP is composed of 28 site specific programs. Each of these NEP's has created an individual Comprehensive Conservation and Management Plan and is working to successfully restore and maintain the water quality and ecological integrity of that estuary.

Work began on the San Francisco Bay NEP in 1987. Over 100 agency, non-profit and business partners came together over a five-year planning period to create the San Francisco Bay Comprehensive Conservation and Management Plan. [1] The plan was approved by EPA and California Governor Pete Wilson in late 1993.

The Partnership is a federal/state/local collaboration. The US EPA, the Regional Water Quality Control Board, and the Association of Bay Area Governments are the lead agencies that guide the Partnership's work. SFEP is supported by a Director and 20 staff. Two committees, an Executive Council and the Implementation Committee (IC), provide advice and guidance. The IC meets quarterly and includes over 25 member organizations representing resource agencies, nonprofits, local governments, and the business community. The Executive Council is made up of heads of state, Federal and local agencies, and meets when needed.

The Partnership's employees are all staff of the Association of Bay Area Governments, otherwise known as ABAG. The Regional Water Board is the lead agency for implementing The Plan and provides office space, equipment, and office overhead costs as state match to the Partnership while ABAG provides management, administrative, and fiscal support.

The Implementation Committee serves as the oversight committee for the Partnership, and advises implementation efforts, helps set priorities, and supports work plans and budgets. Members represent local/state/federal agencies, business/industry, and environmental organizations. As called for in the Strategic Plan, a Science Committee is being formed, and a steering committee has been established to provide ongoing advice to the Director. 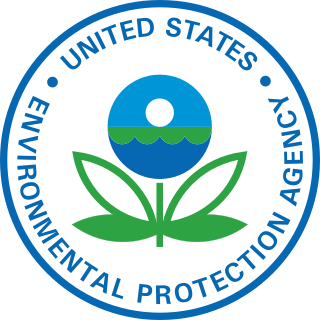 The Environmental Protection Agency (EPA) is an independent executive agency of the United States federal government tasked with environmental protection matters. President Richard Nixon proposed the establishment of EPA on July 9, 1970; it began operation on December 2, 1970, after Nixon signed an executive order. The order establishing the EPA was ratified by committee hearings in the House and Senate. The agency is led by its administrator, who is appointed by the president and approved by the Senate. The current Administrator is Michael S. Regan. The EPA is not a Cabinet department, but the administrator is normally given cabinet rank.

The Metropolitan Transportation Commission (MTC) is the government agency responsible for regional transportation planning and financing in the San Francisco Bay Area. It was created in 1970 by the State of California, with support from the Bay Area Council, to coordinate transportation services in the Bay Area's nine counties: Alameda, Contra Costa, Marin, Napa, San Francisco, San Mateo, Santa Clara, Solano, and Sonoma. The MTC is fourth most populous metropolitan planning organization in the United States. 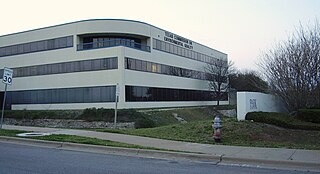 The Texas Commission on Environmental Quality (TCEQ) is the environmental agency for the state of Texas. The commission's headquarters are located at 12100 Park 35 Circle in Austin. The fourth largest environmental agency in the United States, it employs approximately 2,780 employees, has 16 regional offices, and has a $420 million operating budget for the 2016 fiscal year.

A total maximum daily load (TMDL) is a regulatory term in the U.S. Clean Water Act, describing a plan for restoring impaired waters that identifies the maximum amount of a pollutant that a body of water can receive while still meeting water quality standards. 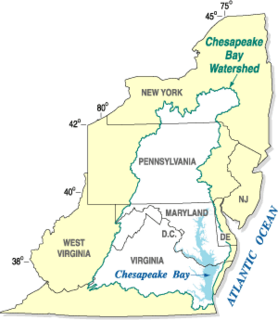 The Water Resources Development Act of 1992, Pub.L. 102–580, was enacted by Congress of the United States on October 31, 1992. Most of the provisions of WRDA 1992 are administered by the United States Army Corps of Engineers.

The Water Resources Development Act of 2000, Pub.L. 106–541 (text)(pdf), was enacted by Congress of the United States on December 11, 2000. Most of the provisions of WRDA 2000 are administered by the United States Army Corps of Engineers.

The Clean Water State Revolving Fund (CWSRF) is a self-perpetuating loan assistance authority for water quality improvement projects in the United States. The fund is administered by the Environmental Protection Agency and state agencies. The CWSRF, which replaced the Clean Water Act Construction Grants program, provides loans for the construction of municipal wastewater facilities and implementation of nonpoint source pollution control and estuary protection projects. Congress established the fund in the Water Quality Act of 1987. Since inception, cumulative assistance has surpassed US$126 Billion, and is continuing to grow through interest earnings, principal repayments, and leveraging.

In the United States, the National Estuary Program (NEP) provides grants to states where governors have identified nationally significant estuaries that are threatened by pollution, land development, or overuse. Governors have identified a total of 28 estuaries, and the Environmental Protection Agency (EPA) awards grants to these states to develop comprehensive management plans to restore and protect the estuaries. Congress created the NEP in the 1987 amendments to the Clean Water Act.

George S. Hawkins is a lawyer, college professor and environmentalist. He served as general manager of the DC Water and Sewer Authority from 2009 to 2017. Hawkins has worked in the environmental industry, as a corporate lawyer and as a regulator.

The California State Water Resources Control Board (SWRCB) is one of six branches of the California Environmental Protection Agency. 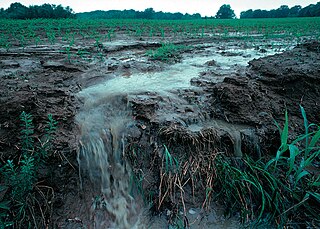