Trinchera Peak is a mountain in Costilla County and Huerfano County in the U.S. state of Colorado. It is located in the Culebra Range. [2] 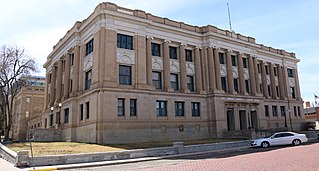 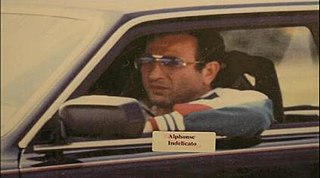 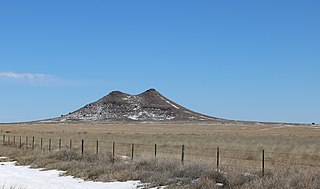 Two Buttes is a dual-peaked mountain in Prowers County, Colorado. The two peaks, which are the highest point in Prowers County, rise about 300 feet (91 m) above the mostly flat Great Plains that surround them, making them visible for miles. The south peak is about 30 feet (9.1 m) higher than the north one, and both are connected by a saddle. 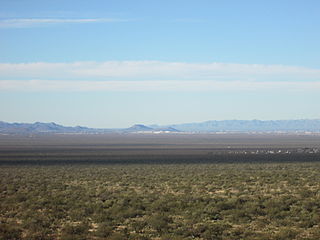 Tumamoc Hill is a butte located immediately west of "A" Mountain and downtown Tucson, Arizona. It is home to many radio, television, and public safety transmitters. The 860-acre ecological reserve and U.S. National Historic Landmark was established by the Carnegie Institution in 1903. The University of Arizona (UA) owns a 340-acre (1.4 km2) preserve and leases another 509 acres (2.06 km2) as a research and education facility. The Steward Observatory maintains a small astronomical observatory with a 20-inch (510 mm) telescope on the hill. Besides being a prominent landmark, Tumamoc Hill has a long and varied history, and is currently an important site for ecological and anthropological research as well as a refuge and a recreational option for the people of Tucson. The Desert Laboratory located on Tumamoc welcomed a new director, Ben Wilder, as of 2018.

Trinchera is an unincorporated community and a U.S. Post Office located in Las Animas County, Colorado, United States. The Trinchera Post Office has the ZIP Code 81081.

Grizzly Peak is a high and prominent mountain summit of the Collegiate Peaks in the Sawatch Range of the Rocky Mountains of North America. The 13,995-foot (4265.6 m) thirteener is located 2.6 miles (4.2 km) south-southwest of Independence Pass, Colorado, United States, on the Continental Divide separating San Isabel National Forest and Chaffee County from White River National Forest and Pitkin County. 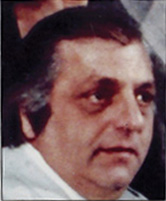 Dominick "Big Trin" Trinchera was an American caporegime in the Bonanno crime family who was murdered with Alphonse Indelicato and Philip Giaccone for planning to overthrow Bonanno boss Philip Rastelli.

Philip Giaccone, also known as "Philly Lucky", was an American mobster in the Bonanno crime family who was murdered with Dominick Trinchera and Al Indelicato for planning to overthrow Bonanno boss Philip Rastelli. 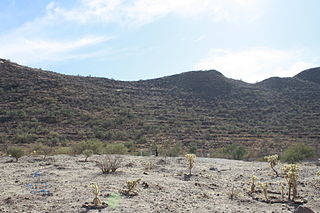 Trincheras is a town in Trincheras Municipality, in the north-west of the Mexican state of Sonora. It was founded in 1775 by Bernardo de Urrea. The municipal area is 3,764.26 km2. and the population in 2000 was 1,788. The main economic activities are cattle raising and subsistence farming. 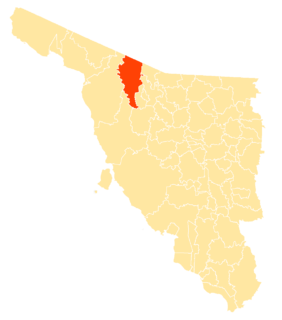 The Trinchera Cave Archeological District (5LA9555) is an archaeological site in Las Animas County, Colorado with artifacts primarily dating from 1000 BC to AD 1749, although there were some Archaic period artifacts found. The site was added to the National Register of Historic Places in 2001 and is located on State Trust Lands. 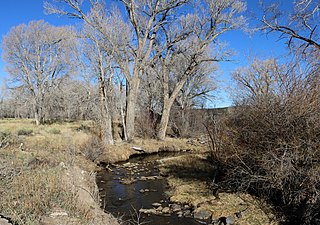 Trinchera Creek is a tributary of the Rio Grande in Costilla County, Colorado in the United States. It flows west from a source in the Sangre de Cristo Mountains to a confluence with the Rio Grande.

Pukara is a mountain in the Andes of Peru, about 4,200-metre (13,800 ft) high, with an archaeological site on top. It is located in the Puno Region, Sandia Province, Patambuco District, southwest of Patambuco. The pre-Inca funerary site is also known as Trinchera. The place was declared a National Cultural Heritage by Resolución Directoral Nacional No. 296/INC-2003 by the National Institute of Culture. It consists of tombs, walls, houses, squares and tunnels.

Trinchera may refer to: 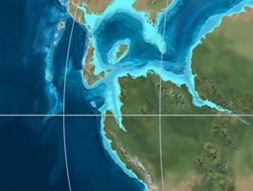 The Trincheras Formation is a geological formation of the Altiplano Cundiboyacense, Eastern Ranges of the Colombian Andes. The formation consisting of a lower unit of calcareous shales and an upper sequence of shales dates to the Early Cretaceous period; Early Aptian epoch and has a maximum thickness of 1,260 metres (4,130 ft). The formation, deposited in a marine platform environment, part of a transgressive cycle, hosts ammonite, bryozoan, mollusc and echinoid fossils.

Las Trincheras, also known as Las Trincheras de Aguas Calientes, is a locality near Valencia, Venezuela. It is noted for its hot springs. The name Trincheras is said to derive from fortifications constructed in the colonial era.

Smith Reservoir is located in Costilla County, Colorado, south of Blanca in the San Luis Valley. The reservoir is owned by the Trinchera Irrigation Company.

The Mescal Wash Site is an archaeological site in Pima County, Southeastern Arizona in the United States. It is located near Cienega Creek, situated in where the Sonoran and Chihuahuan Desert meet. Its environment consists of upland hills and grassland in the desert.