Last updated September 27, 2022
This article is about the year 1493. For the history book by Charles C. Mann, see 1493: Uncovering the New World Columbus Created.
Calendar year

Year 1493 ( MCDXCIII ) was a common year starting on Tuesday (link will display the full calendar) of the Julian calendar.

Year 1492 (MCDXCII) was a leap year starting on Sunday of the Julian calendar. 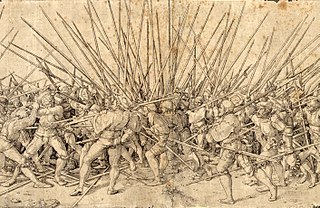 Year 1532 (MDXXXII) was a leap year starting on Monday of the Julian calendar. 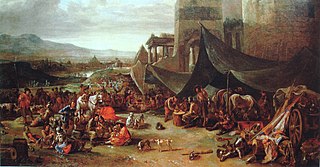 Year 1527 (MDXXVII) was a common year starting on Tuesday of the Julian calendar. 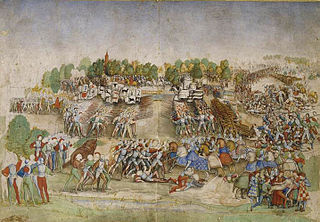 Year 1515 (MDXV) was a common year starting on Monday of the Julian calendar. 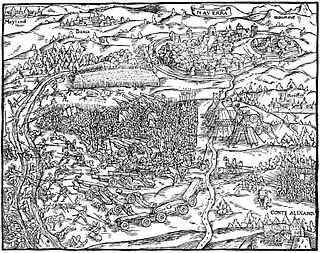 Year 1497 (MCDXCVII) was a common year starting on Sunday of the Julian calendar. 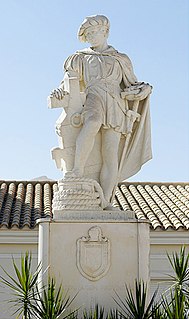 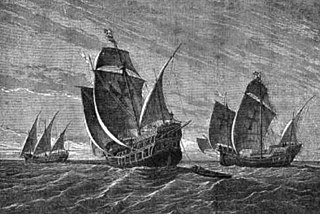 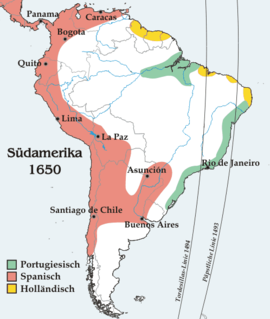 Inter caetera was a papal bull issued by Pope Alexander VI on the 4 May 1493, which granted to the Catholic Monarchs King Ferdinand II of Aragon and Queen Isabella I of Castile all lands to the "west and south" of a pole-to-pole line 100 leagues west and south of any of the islands of the Azores or the Cape Verde islands. 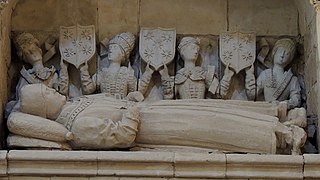 Juan Rodriguez de Fonseca (1451–1524) was a Spanish archbishop, a courtier and bureaucrat, whose position as royal chaplain to Queen Isabella enabled him to become a powerful counsellor to Ferdinand and Isabella, the Catholic Monarchs. He controlled the Casa de Contratación, an agency which managed expeditions to the New World on behalf of the Spanish crown. He later served as the president of the Council of the Indies, when it was founded in 1521. He managed the administration of a number of significant Spanish expeditions including voyages by Christopher Columbus and Magellan's circumnavigation of the earth.

Peter Martyr d'Anghiera, formerly known in English as Peter Martyr of Angleria, was an Italian historian at the service of Spain during the Age of Exploration. He wrote the first accounts of explorations in Central and South America in a series of letters and reports, grouped in the original Latin publications of 1511 to 1530 into sets of ten chapters called "decades." His Decades are of great value in the history of geography and discovery. His De Orbe Novo describes the first contacts of Europeans and Native Americans, Native American civilizations in the Caribbean and North America, as well as Mesoamerica, and includes, for example, the first European reference to India rubber. It was first translated into English in 1555, and in a fuller version in 1912.

The Pinzón brothers were Spanish sailors, pirates, explorers and fishermen, natives of Palos de la Frontera, Huelva, Spain. Martín Alonso, Francisco Martín and Vicente Yáñez, participated in Christopher Columbus's first expedition to the New World and in other voyages of discovery and exploration in the late 15th and early 16th centuries. 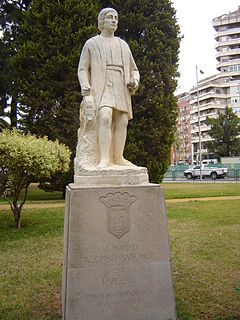 Alonso Sánchez de Huelva was an alleged 15th-century mariner and merchant born in Huelva, Spain, on Andalusia's Atlantic coast. Legend has it that he reached America several years before Christopher Columbus did..

Pinzón is a surname. Notable persons with that surname include: 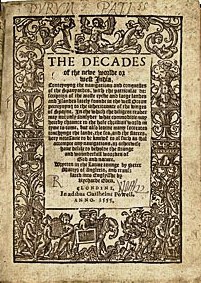 Decades of the New World by Peter Martyr is a series of letters and reports of the early explorations of Central and South America that was published beginning 1511 and later anthologized. Being among the earliest such reports, Decades are of great value in the history of geography and discovery and describe the early contacts of Europeans and Native Americans derived from the narrative of the voyages of Christopher Columbus in the Caribbean and the reports from Hernán Cortés's Mexican expedition.