The format used one mono audio subcarrier, which was normally allocated to an additional audio track or radio station, or one channel of a stereo audio track/station. The carrier was digitally modulated and carried a 192 kbit/s, 48 kHz sampled MPEG-1 Layer II (MP2) encoded signal. 9.6 kbit/s was available for data.

Special receivers were required to listen to ADR stations, although some combined analogue/digital satellite boxes and later standard analogue boxes were equipped to decode it.

ADR was succeeded by DVB-S, with which it is incompatible, despite both being transmitted using MP2 and generally at the same bitrates. As a result, when the final analogue switch-off on the Astra 1 satellites occurred, ADR became obsolete.

The majority of the channels to have been broadcast using ADR were in the German language.[ citation needed ] In some ways,[ which? ] the system is seen[ by whom? ] to have replaced the Digitales Satellitenradio system, dating from the 1980s, which used an entire satellite transponder to carry 16 NICAM [1] encoded radio stations, and which closed in 1999.

Sputnik or MDR Sputnik is a youth-oriented German radio station, and is part of Leipzig-based public broadcaster MDR, based in Halle. The station, which primarily broadcasts pop and rock music, is the successor to the East German youth station DT64, founded in 1964 on the occasion of the Deutschlandtreffen der Jugend(de). It was given its present name on 1 May 1993, following German reunification in 1990; the new name, inspired by the Soviet Sputnik satellite, was the suggestion of the then Saxon prime minister, Kurt Biedenkopf.

The Hörspielpreis der Kriegsblinden, also known as the Kriegsblindenpreis is the most important literary prize granted to playwrights of audio plays written in the German language. The award was established in 1950 by the Bund der Kriegsblinden Deutschlands e.V. (BKD), a German organization for soldiers and civilians blinded during war, whether from working with munitions or explosives or from a bomb attack or while in flight from an attack.

KiRaKa – the name is an acronym formed from KInderRAdioKAnal – is a digital radio channel produced by Westdeutscher Rundfunk (WDR) in Cologne, Germany. It is a specialist channel serving children aged 5 to 16.

RBB Berlin was the third television channel for Berlin, Germany from October 1992 until March 2004. Until May 2003 it was hosted by Sender Freies Berlin (SFB), then by its successor, Rundfunk Berlin-Brandenburg (RBB), under the provisional name RBB Berlin. On 1 March 2004, the two previous regional television channels RBB Berlin and RBB Brandenburg were replaced by the new rbb Fernsehen. 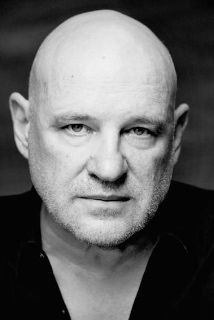 Christian Redl is a German actor and musician.