Three Rivers State Park is a Florida State Park located north of Sneads, on the shores of Lake Seminole near the Georgia border, in northwestern Florida. It is named for the main rivers associated with Lake Seminole: the Chattahoochee and the Flint (which flow into it from Georgia), and the Apalachicola (whose source is the lake itself.) The address is 7908 Three Rivers Park Road.

Sneads is a town in Jackson County, Florida, United States. The population was 1,849 at the 2010 census. Sneads is governed by a five-member Town Council and a City Manager. It also has an all Volunteer Fire Rescue Department, and its own Police Force of eight sworn officers,five full-time and three dispatchers. The current Chief of Police is Mike Miller, the City Manager is Lynda Bell, the Fire Chief is Buddy Jeter. Sneads is home to Sneads High School. Although not in the city limits, the Florida Department of Corrections operates Appalachee Correctional Institution which is the largest employer in the Sneads area. Sneads was founded in 1894. In 2016 Sneads Police was awarded a grant for new Police equipment. Sneads High School Girls Volleyball have won the last five FHSAA state championships.Sneads Police Department is located at 2033 Third Avenue Sneads Florida and works closely with Sneads Volunteer Fire Department.In August 2018 Lynda Bell was hired as City Manager and Dispatch was cut due to budget Cuts. Jackson County Sheriff's Office dispatches for midnight shift as of 2018. 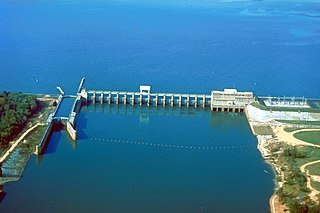 Lake Seminole is a reservoir located in the southwest corner of Georgia along its border with Florida, maintained by the U.S. Army Corps of Engineers. The Chattahoochee and Flint rivers join in the lake, before flowing from the Jim Woodruff Lock and Dam, which impounds the lake, as the Apalachicola River. The lake contains 37,500 acres (152 km2) of water, and has a shoreline of 376 mi (605 km). The fish in Lake Seminole include largemouth bass, crappie, chain pickerel, catfish, striped bass and other species. American alligators, snakes and various waterfowl are also present in the lake, which is known for its goose hunting.

The park has such amenities as boating, canoeing, fishing, hiking, kayaking, picnicking and full camping facilities. 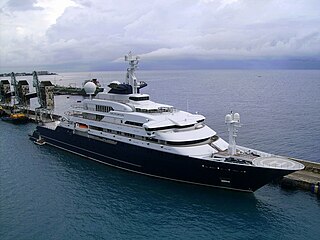 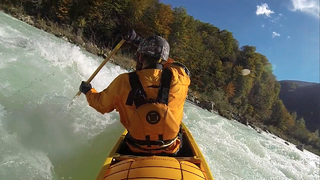 Canoeing is an activity which involves paddling a canoe with a single-bladed paddle. Common meanings of the term are limited to when the canoeing is the central purpose of the activity. Broader meanings include when it is combined with other activities such as canoe camping, or where canoeing is merely a transportation method used to accomplish other activities. Most present-day canoeing is done as or as a part of a sport or recreational activity. In some parts of Europe canoeing refers to both canoeing and kayaking, with a canoe being called an Open canoe. 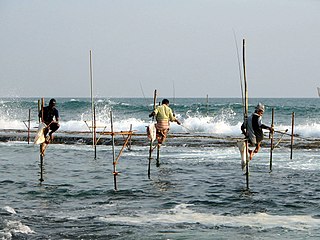 Seminole County is a county located in the southwestern corner of U.S. state of Georgia. As of the 2010 census, the population was 8,729. The county seat is Donalsonville. 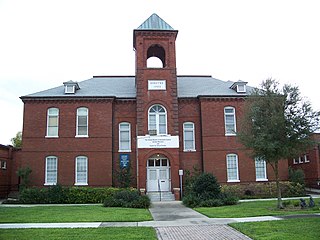 Sanford is a city in the central region of the U.S. state of Florida and is the county seat of Seminole County. As of the 2010 census, the city had a population of 53,570. 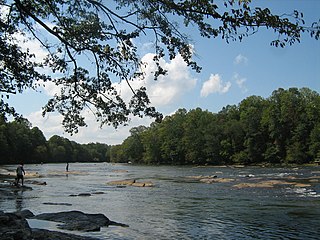 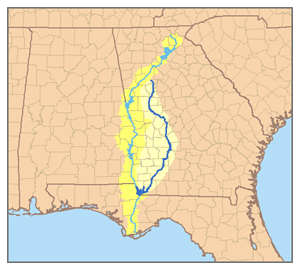 The Flint River is a 344-mile-long (554 km) river in the U.S. state of Georgia. The river drains 8,460 square miles (21,900 km2) of western Georgia, flowing south from the upper Piedmont region south of Atlanta to the wetlands of the Gulf Coastal Plain in the southwestern corner of the state. Along with the Apalachicola and the Chattahoochee rivers, it forms part of the ACF basin. In its upper course through the red hills of the Piedmont, it is considered especially scenic, flowing unimpeded for over 200 miles (320 km). Historically, it was also called the Thronateeska River.

The Wiregrass Region—or Wiregrass Country—is an area of the Southern United States encompassing parts of southern Georgia, southeastern Alabama, and the Florida Panhandle. The region is named for the native Aristida stricta, commonly known as wiregrass due to its texture.

Lower Wekiva River Preserve State Park is an 18,000-acre (7,300 ha) Florida State Park located on six miles (10 km) of the St. Johns River in Lake and Seminole counties. The park forms a wildlife corridor to the Ocala National Forest along the Wekiva and St. Johns Rivers.

The Ochlockonee River is a fast running river, except where it has been dammed to form Lake Talquin in Florida, originating in Georgia and flowing for 206 miles (332 km) before terminating in Florida.

Ar-pi-uck-i, also known as Abiaka or Sam Jones, was a powerful spiritual alektca and war chief of the Miccosukee, a Seminole–Muscogee Creek tribe of the Southeast United States. Ar-pi-uck-i successfully defied the U.S. government and refused to remove to the Indian Territory west of the Mississippi and his influential leadership in the Second Seminole War (1835–1842) resulted in the permanent Native American presence in Florida. 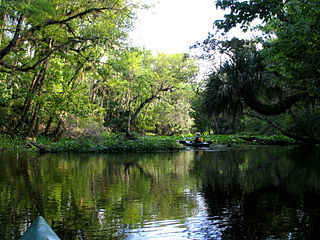 The Wekiva River is a 16.0-mile-long (25.7 km) river in Central Florida, north of Orlando in the United States. It originates in Apopka and joins the St. Johns River, the longest river in the state, in DeBary. The Wekiva River system includes the main stem joined by three main tributaries - Rock Springs Run, Blackwater Creek, and the Little Wekiva River - and about 30 contributing groundwater springs. It is designated as a Florida State Canoe Trail, an Outstanding Florida Water, and an Aquatic Preserve by the Florida Department of Environmental Protection. The Wekiva River system is also one of the two rivers in Florida federally designated as a National Wild and Scenic River for its scenery, recreation, geology, and diverse habitats.

Lake Monroe is one of the lakes that make up the St. Johns River system. The port city of Sanford is situated along the southern shore, while DeBary and Deltona are located along the northern shore. Two major central Florida roadways that run near the lake are State Road 415 and Interstate 4. It forms the border of Seminole County and Volusia County It is the 8th largest lake in the Orlando metropolitan area, after Lake Jesup, 7 miles (11 km) to the south.

Lake Tohopekaliga Tohopeka ; Tohopekaliga [from tohopke /(i)to-hó:pk-i/ fence, fort + likv /léyk-a/ site], also referred to as Lake Toho, West Lake, or simply Toho, native name meaning "we will gather together here", is the largest lake located in Osceola County, Florida, United States. It is the primary inflow of Shingle Creek, which rises in Orlando. It covers 22,700 acres (91.86 km2), and spans 42 miles (68 km) in circumference. It is linked to East Lake Tohopekaliga by Canal 31. The canal is 3 miles (5 km) long and runs through western St. Cloud. South Port canal is located at the southern tip of the lake and links it to Cypress Lake. It is 4 miles (6 km) long. Lake Toho is bordered on the northern shore by Kissimmee, on the eastern shore by Kissimmee Park, and South Port on the southern shore. Lake Tohopekaliga is known for its bass fishing and birdwatching. Lakefront Park is located at the South end of the lake and borders Lakeshore Blvd. Lakefront Park has a scenic walking path with benches where visitors may view the area's wide array of waterfowl, alligators, turtles and others. Lakefront park also has a miniature lighthouse, a children's playground area, and is bordered on its west end by Big Toho Marina.

Spring Creek is a 76.5-mile-long (123.1 km) tributary of the Flint River in southwest Georgia in the United States. 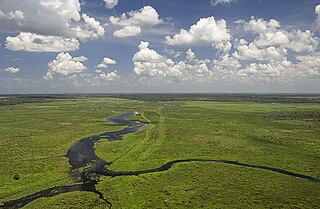 Fowltown Creek, near modern Albany, Georgia, was where "Neamathla's band of Tuttollossees had lived...before relocating down to modern Decatur and Seminole Counties."

Angola was a prosperous community of up to 750 maroons that existed in Florida from 1812 until Florida became a U.S. territory in 1821, at which point it was destroyed. The location was along the Manatee River in Bradenton, Florida, near Manatee Mineral Springs Park. The exact location is expansive, ranging from where the Braden River meets the Manatee River down to Sarasota Bay; archaeological research focuses on the Manatee Mineral Spring—a source of fresh water and later the location of the Village of Manatee two decades after the destruction of the maroon community. Archaeological evidence has been found and the archaeology report by Uzi Baram is on file with the Florida Division of Historical Resources of the Florida Department of State.