It is especially important, and frequently depicted, in the art, songs and oral histories of many Pacific Northwest Coast cultures, but is also found in various forms among some peoples of the American Southwest, East Coast of the United States, Great Lakes, and Great Plains. In modern times it has achieved notoriety as a purported cryptid, similar to creatures such as Bigfoot, and the Loch Ness Monster.

The thunderbird is said to create thunder by flapping its wings (Algonquian [1] ), and lightning by flashing its eyes (Algonquian, Iroquois [2] ).

The thunderbird myth and motif is prevalent among Algonquian peoples in the "Northeast", i.e., Eastern Canada (Ontario, Quebec, and eastward) and Northeastern United States, and the Iroquois peoples (surrounding the Great Lakes). [3] The discussion of the "Northeast" region has included Algonquian-speaking people in the Lakes-bordering U.S. Midwest states (e.g., Ojibwe in Minnesota [4] ).

Thunderbirds in this tradition may be depicted as a spread-eagled bird (wings horizontal head in profile), but also quite commonly with the head facing forward, thus presenting an X-shaped appearance overall [4] (see under §Iconography below).

The Ojibwe version of the myth states that the thunderbirds were created by Nanabozho for the purpose of fighting the underwater spirits. They were also used to punish humans who broke moral rules. The thunderbirds lived in the four directions and arrived with the other birds in the springtime. In the fall they migrated south after the ending of the underwater spirits' most dangerous season. [5]

The Menominee of Northern Wisconsin tell of a great mountain that floats in the western sky on which dwell the thunderbirds. They control the rain and hail and delight in fighting and deeds of greatness. They are the enemies of the great horned snakes (the Misikinubik) and have prevented these from overrunning the earth and devouring mankind. They are messengers of the Great Sun himself. [6]

The thunderbird motif is also seen in Siouan-speaking peoples, which include tribes traditionally occupying areas around the Great Lakes.

Ho-Chunk tradition states that a man who has a vision of a thunderbird during a solitary fast will become a war chief of the people. [7]

Ethnographer George Amos Dorsey transcribed a tale from the Arikaras with the title The Boy who befriended the Thunderbirds and the Serpent: a boy named Antelope-Carrier finds a nest with four young thunderbirds; their mother comes and tells the human boy that a two-headed Serpent comes out of the lake to eat the young. [8]

In Algonquian images, an X-shaped thunderbird is often used to depict the thunderbird with its wings alongside its body and the head facing forwards instead of in profile. [3]

The depiction may be stylized and simplified. A headless X-shaped thunderbird was found on an Ojibwe midewiwin disc dating to 1250–1400 CE. [9] In an 18th century manuscript (a "daybook" ledger) written by the namesake grandson of Governor Matthew Mayhew, the thunderbird pictograms varies from "recognizable birds to simply an incised X". [10]

American science historian and folklorist Adrienne Mayor and British historian Tom Holland have both suggested that indigenous thunderbird stories are based on discoveries of pterosaur fossils by Native Americans. [11] [12] However, it has also been noted that,[ by whom? ] despite variations, the common design elements of the motif within different tribal groups across the continent appear distinct from the makeup of the suggested prehistoric flying reptile, such as eagle or raptor-like avian feathered wings and tail, along with a vastly different head shape, perhaps with the exception of some Pacific Northwest imagery. 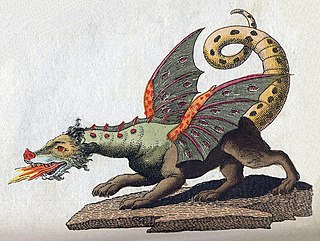 The serpent, or snake, is one of the oldest and most widespread mythological symbols. The word is derived from Latin serpens, a crawling animal or snake. Snakes have been associated with some of the oldest rituals known to mankind and represent dual expression of good and evil. 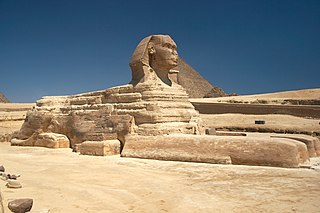 A sphinx is a mythical creature with the head of a human, the body of a lion with the wings of a falcon.

In Norse mythology, Jörmungandr, also known as the Midgard Serpent or World Serpent, is a sea serpent and the middle child of Loki and the giantess Angrboða. According to the Prose Edda, Odin took Loki's three children by Angrboða—the wolf Fenrir, Hel, and Jörmungandr—and tossed Jörmungandr into the great ocean that encircles Midgard. The serpent grew so large that it was able to surround the Earth and grasp its own tail. It is an example of an ouroboros. As a result of it surrounding the Earth, it received the name of World Serpent. When it releases its tail, Ragnarök will begin. Jörmungandr's arch-enemy is the thunder-god, Thor.

The European dragon is a legendary creature in folklore and mythology among the overlapping cultures of Europe.

The Horned Serpent appears in the mythologies of many Native Americans. Details vary among tribes, with many of the stories associating the mystical figure with water, rain, lightning and thunder. Horned Serpents were major components of the Southeastern Ceremonial Complex of North American prehistory.

The Hocągara (Ho-Chungara) or Hocąks (Ho-Chunks) are a Siouan-speaking Native American Nation originally from Wisconsin and northern Illinois. Due to forced emigration in the 19th century, they now constitute two individual tribes; the Ho-Chunk Nation of Wisconsin and the Winnebago Tribe of Nebraska. They are most closely related to the Chiwere peoples, and more distantly to the Dhegiha.

The Abenaki people are an indigenous peoples of the Americas located in the Northeastern Woodlands region. Their religious beliefs are part of the Midewiwin tradition, with ceremonies led by medicine keepers, called Medeoulin or Mdawinno.

The Piasa or Piasa Bird is a creature from Native American mythology depicted in one of two murals painted by Native Americans on cliffsides above the Mississippi River. Its original location was at the end of a chain of limestone bluffs in Madison County, Illinois at present-day Alton, Illinois. The original Piasa illustration no longer exists; a newer 20th-century version, based partly on 19th-century sketches and lithographs, has been placed on a bluff in Alton, Illinois, several hundred yards downstream from its origin. The limestone rock quality is unsuited for holding an image, and the painting must be regularly restored. The original site of the painting was on lithographic limestone, which was quarried away in the late 1870s by the Mississippi Lime Company.

The Southeastern Ceremonial Complex, aka S.E.C.C., is the name given to the regional stylistic similarity of artifacts, iconography, ceremonies, and mythology of the Mississippian culture. It coincided with their adoption of maize agriculture and chiefdom-level complex social organization from 1200 to 1650 CE. Due to some similarities between S.E.C.C. and contemporary Mesoamerican cultures, scholars from the late 1800s to mid-1900s suspected there was a connection between the two locations. But, later research indicates the two cultures have no direct links and that their civilizations developed independently. 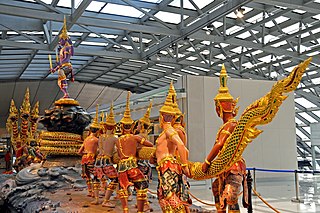 The behaviour of snakes and their facial features seemed to imply that they were intelligent, that they lived by reason and not instinct, and yet their thought-processes were as alien to humans as their ways of movement. 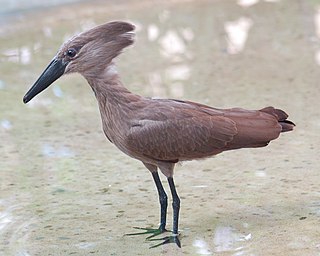 The lightning bird or impundulu or thekwane is a creature in the folklore of the tribes of South Africa including the Pondo, the Zulu and the Xhosa.

An underwater panther, called Mishipeshu or Mishibijiw in Ojibwe, is one of the most important of several mythological water beings among many Indigenous peoples of the Northeastern Woodlands and Great Lakes region, particularly among the Anishinaabe.

The haietlik is a lightning spirit and legendary creature in the mythology of the Nuu-chah-nulth (Nootka) people of the Canadian Pacific Northwest Coast. According to legend, the haietlik is both an ally and a weapon of the thunderbirds, employed by them in the hunting of whales. They are described as huge serpents with heads as sharp as a knife and tongues that shoot lightning bolts. A blow from a haietlik injures a whale enough that the hunting thunderbird can carry it away as prey. The haietlik is variously described as dwelling among the feathers of the thunderbirds to be unleashed with a flap of the wings, or inhabiting the inland coastal waters and lakes frequented by the Nuu-chah-nulth people.