The 2018 NCAA Division II football season, part of college football in the United States organized by the National Collegiate Athletic Association (NCAA) at the Division II level, began on August 30, 2018 and ended with the Division II championship on December 15, 2018 at the McKinney Independent School District Stadium in McKinney, Texas, hosted by the Lone Star Conference. [1]

Originally, the game was awarded to another bid by the Mid-America Intercollegiate Athletics Association and Children's Mercy Park in Kansas City, Kansas [2] but, due to field repairs, that contract was terminated in September 2018. [3]

Texas A&M–Commerce Lions were the defending champions from the previous season. [4]

The 2018 NCAA Division II Football Championship was the 46th edition of the Division II playoffs. The playoffs began on November 17 and concluded with the championship game on December 15.

The field consisted of 28 teams, seven from each of the four super regions. The participants in each region were determined by the regional rankings; if a conference's highest-ranked team was ranked in the top nine, that team qualified via the "earned access" provision, and all other participants were selected directly from the rankings. The top seed in each region received a first-round bye. After the quarterfinals, the regional winners were reseeded one through four, with No. 1 meeting No. 4 in the semifinals and No. 2 meeting No. 3. 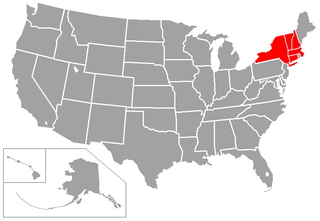 The Northeast-10 Conference is a collegiate athletic conference affiliated with the National Collegiate Athletic Association (NCAA)’s Division II level. Member institutions are located in the northeastern United States in the states of Connecticut, Massachusetts, New Hampshire, New York, and Vermont. It is the only Division II collegiate hockey conference in the United States.

The LIU Post Pioneers were the athletic teams that represented the C.W. Post Campus of Long Island University, located in Brookville, New York, in NCAA Division II intercollegiate sports through the 2018–19 school year. The Pioneers most recently competed as members of the East Coast Conference for most sports; the football team was an affiliate of the Northeast-10 Conference. LIU Post had been a member of the ECC since 1989, when the league was established as the New York Collegiate Athletic Conference.

Julian Boyd is an American professional basketball player. Boyd played college basketball at Long Island University where he was an All-American. In 2019 he won the Icelandic championship with KR and was also named the Playoffs MVP and the Foreign Player of the Year.

The 2018 NCAA Division I FCS football season, part of college football in the United States, was organized by the National Collegiate Athletic Association (NCAA) at the Division I Football Championship Subdivision (FCS) level. The FCS Championship Game was played on January 5, 2019, in Frisco, Texas. North Dakota State claimed its second consecutive FCS title, and seventh in eight years.

The 2019 NCAA Division I FCS football season, part of college football in the United States, was organized by the National Collegiate Athletic Association (NCAA) at the Division I Football Championship Subdivision (FCS) level. The FCS Championship Game was played on January 11, 2020, in Frisco, Texas. North Dakota State entered the season as the defending champion, and after completing the regular season undefeated, successfully defended their title and secured their eighth championship in nine seasons.

The 2018–19 LIU Brooklyn Blackbirds men's basketball team represented LIU Brooklyn during the 2018–19 NCAA Division I men's basketball season. The Blackbirds were led by second-year head coach Derek Kellogg, and played their home games at the Steinberg Wellness Center, with two home games at the Barclays Center, as members of the Northeast Conference (NEC). They finished the season 16–16 overall, 9–9 in NEC play to finish in a tie for fifth place. As the No. 6 seed in the NEC Tournament, they advanced to the semifinals, where they were defeated by Saint Francis (PA).

The LIU Sharks men's basketball team represents Long Island University in NCAA Division I basketball competition. They play their home games at their Brooklyn Campus in the Steinberg Wellness Center, formerly known as the Wellness, Recreation & Athletics Center, and are members of the Northeast Conference. Their current head coach is Derek Kellogg who was hired after his firing from Massachusetts in 2017.

The LIU Sharks football program represents Long Island University in college football at the NCAA Division I Football Championship Subdivision level. The Sharks are members of the Northeast Conference and play their home games in the 6,000 seat Bethpage Federal Credit Union Stadium.

The 2019 Northeast Conference men's soccer season was the 39th season of men's varsity soccer in the conference.

The 2019 LIU Sharks football team represents both the LIU Post and LIU Brooklyn campuses of Long Island University in the 2019 NCAA Division I FCS football season. They are led by 22nd year head coach Bryan Collins and play their home games at Bethpage Federal Credit Union Stadium. They play as a first–year member of the Northeast Conference. This is the first season that the LIU Sharks are competing as a team following the merger of the two LIU campuses' athletic departments in the summer of 2019.